Home » Lifestyle » Giving Back » ‘The House That Beer Built’ 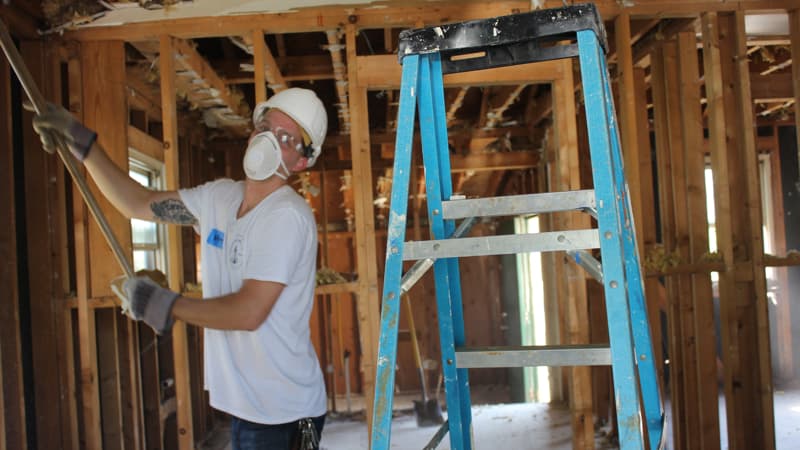 “We just want to give back to the community,” said Tanner Chamberlain, head brewer at Rock Bottom Restaurant and Brewery in Short Pump. “We enjoy drinking beer, we enjoy selling beer, we also enjoy helping people out.”

Throughout the summer of 2019 and extending into November, these and other Richmond-area breweries and cideries will be working with Richmond Metropolitan Habitat for Humanity to help rehab a home for a family in Richmond’s Randolph neighborhood. As part of the partnership, dubbed “The House That Beer Built,” a baker’s dozen of local beverage makers are contributing to support Habitat’s mission: to build strength, stability and self-reliance through affordable home ownership.

Fans of the breweries/cideries and of the work of Habitat for Humanity are invited to participate in the build, in three ways.

1) Buy “The House That Beer Built” brewery book. The $12 book contains specials from participating businesses, and proceeds from sales of the book go to the Richmond Metropolitan Habitat for Humanity.

2) Volunteer to work on the build site. Many of the participating breweries/cideries will be bringing out a team to volunteer on at least one day. To add your elbow grease to the action, email Whitney Guthrie or sign up through the Habitat volunteer system. The build is expected to continue through early November.

3) Drink! Go to a give-back event at participating brewery during the build, July through October. Events on the calendar include:

For more details on these events, refer to “The House That Beer Built” brewery book, contact each business directly or follow the business and Richmond Metropolitan Habitat for Humanity on social media.