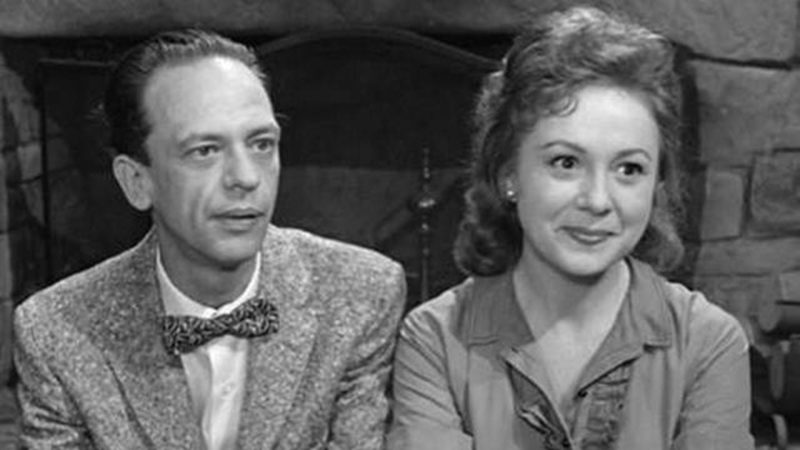 It’s just after noon on the third Friday of the month, and 89-year-old Betty Lynn is preparing to take her seat behind a small brown table in the main room of the Andy Griffith Museum in Mount Airy, N.C.

Visitors are already beginning to flood into the 2,500-square-foot building to meet the actress best known to ’60s TV fans as Barney Fife’s girlfriend, Thelma Lou, from The Andy Griffith Show, set in the fictional town of Mayberry.

“Over 500 people come through,” says Betty of a typical day when she sits throughout the afternoon once a month at the museum, greeting fans. They come from all over the world to meet a former cast member of the popular show and to see the large collection of Andy Griffith memorabilia, assembled by Griffith’s lifelong friend Emmett Forrest.

In 2007, after being twice robbed in her Los Angeles home, Lynn left Hollywood for the quiet, secure life in Mount Airy, which was also Andy Griffith’s hometown.

“I’d been coming here for the Mayberry Days festival for ages, so it seemed like the perfect place to settle,” she said. “Everyone has been so kind since I moved here. It didn’t take long for me to feel like a local rather than a visitor.”

The Andy Griffith Show ran for eight seasons, throughout most of the 1960s. It won six Emmys, including five for Don Knotts. “Andy was fun and a bit of a tease off camera, while Don was sweet but very quiet and nothing like his Barney Fife character. But that just illustrates what a good actor he was.”

Lynn also appeared in some 20 films and over 40 other TV shows, including many Westerns.

“I enjoyed Westerns, but filming in the hot Californian summers wearing long dresses and petticoats was rough,” she said.

During one show, I think it was ‘Texas John Slaughter’ for [The Wonderful World of Disney], we sat down to lunch and these huge bugs swarmed all around us. We were told to just ignore them and eat around them.”

WORKING WITH THE STARS

Throughout her career, Lynn worked with some Hollywood greats.

“My first film, Sitting Pretty, and then later Cheaper by the Dozen, were with Clifton Webb, a sweet man with a good sense of humor,” she recalled. “I also did two films with Bette Davis who got everyone to call me Boo, after one of my characters, so it wouldn’t be confusing when they called ‘Betty on the set!’ ”

She also worked, at one time or another, with almost all the cast of Gilligan’s Island. “Alan Hale Jr. was on an episode of The Andy Griffith Show and played a mountain man looking for a wife,” explained Lynn.

“Recently, I saw the episode again, where he picked me way up in the air twice. I laughed because I looked like a rag doll.”

As she does on each of her visits to the museum, Betty braces for a long afternoon as enthusiastic fans are already forming the meet-and-greet line.

“It’s a little tiring by the end of the day, but it’s the least I can do since people may stand for hours to take a picture, get an autograph and a hug,” she says. “There’s a lot of love coming my way.”