Home » Family » Three Weddings … and a Farmhouse, by Randy Fitzgerald

Three Weddings ... and a Farmhouse

If these walls could reflect 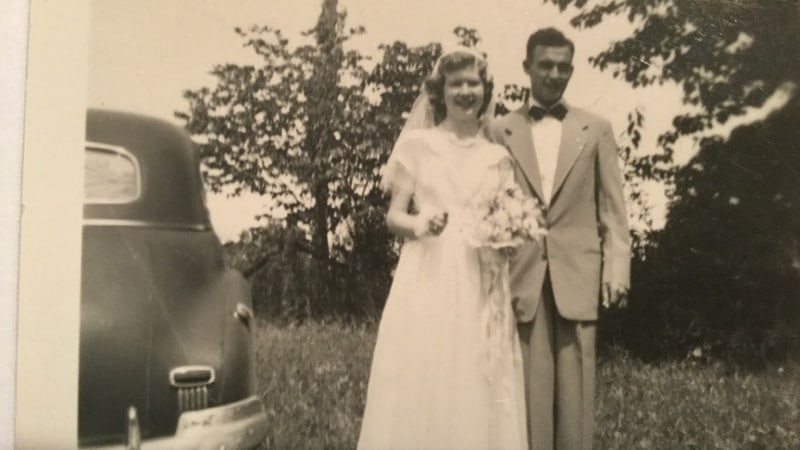 Once again, our little four-room farmhouse up near Charlottesville is the setting for a wedding. The house, built sometime in the 1890s, has seen more than its share of happy occasions and clearly more stories than Barb and I have any way of knowing.

Barb’s paternal grandparents, who lived next door, bought the house in 1922 for $600. It was a two-room cottage then, and Barb’s father and grandfather added two more rooms when her parents married. Since neither man was a carpenter, there are strange angles and things that don’t quite dovetail, but the house was a happy home for Barb and her two sisters as they grew up. After her parents died, Barb inherited the house because she was the daughter who loved it best.

In June of 1951, the oldest sister, Rue Goodman, married the handsome Earl Walker in the farmhouse parlor in a traditional religious ceremony (complete with promises to “love, honor and obey”). The solemn service was conducted by the black-suited pastor from Grace Episcopal Church down the road at Cismont. In the parlor were a woodstove, a shiny velvet sofa and the big black piano where Rue practiced the hymns she played at church. There were three bridesmaids, dressed in ankle-length organza, and about a dozen guests, all family. The marriage lasted happily until Earl died in June of 2010, on the day after their 59th anniversary.

The second marriage at the farm was 41 years later, in 1992: the outdoor wedding of our friend Mary Bear and her charming British groom, John Roberts. It was a traditional ceremony, but no way would Mary promise to obey! The wedding was held under a maple tree in the side yard and conducted by a woman preacher, somewhat a rarity among country folk back then. Mary, who kept her name, wore a dress she had made, and one of her sons played his guitar and sang a song he wrote for her. Mary’s ex-husband was the photographer. That marriage lasted happily until John’s death in 2007. 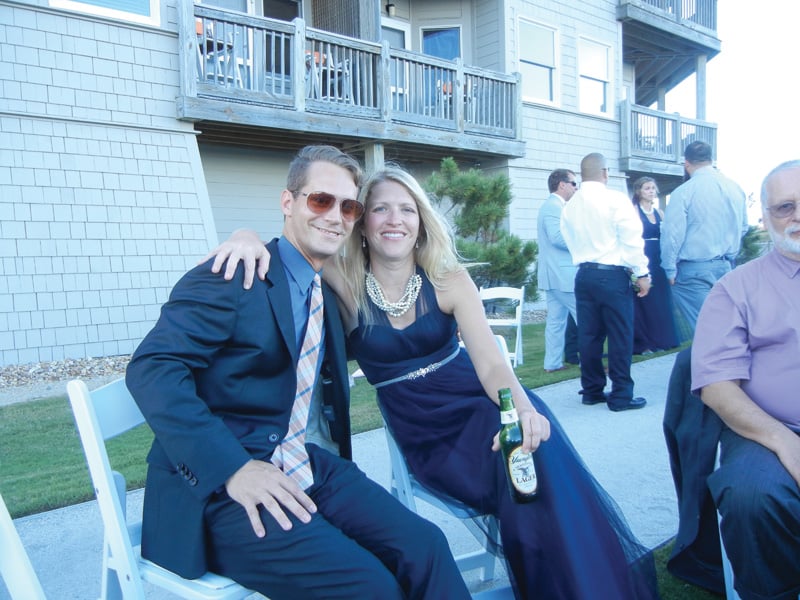 Then there is this summer’s wedding, the marriage of daughter Sarah and her longtime love, Ian Davis, to take place on the same June date as Rue and Earl’s wedding, only 65 years later. But there’s nothing traditional about this one.

Sarah and Ian, who live in Illinois, will be married on the front porch by Sarah’s friend, Paige, a professor at JMU with an online certificate allowing her to conduct the ceremony. Invitations went out online. The guest list includes a large contingent of parents, step-parents, step-siblings, step-children, ex-spouses and ex-dates – a very modern family configuration. The best man is Ian’s 9-year-old son, Finn, and – since Sarah has no attendants and wants no processional and no bouquet – the four groomsmen will be escorting llamas decorated with garlands of flowers.

Today’s weddings often seem more like a big party, and Sarah and Ian are in that mode. My old bluegrass band, East of Afton, will be playing, as will a rock ’n’ roll band from Staunton. There will be a dance floor, fire pit and fireworks – and a 20-foot inflatable slide and obstacle course in the garden, for kids and adults alike.

Dinner will be “imported” by Buz and Ned’s and Sally Bell’s, food Sarah enjoyed when she lived in Richmond. Because bride and groom are “zero throwaway” advocates, there will be no paper or plastic products. Barb, who is rounding up china plates, glasses and “real” cutlery, says never has a wedding been such a boon for Dollar Tree!

Certainly weddings have changed greatly over the years – and the millennials have taken the rite and ritual in totally new directions. Our hope and expectation is that this latest farm marriage will result in the same kind of long-lasting, ’til-death union that the other two sustained. Our other hope is that the llamas don’t spit on anybody.

Randy Fitzgerald is the author of Flights of Fancy: Stories, Conversations and Life Travels with a Bemused Columnist and His Whimsical Wife, published last fall. He was a longtime public relations director at the University of Richmond and columnist for The Richmond News Leader and the Richmond Times-Dispatch and taught modern American literature at Virginia Union University. RFitzger@gmail.com