This Peter Pan fairy is magically in love 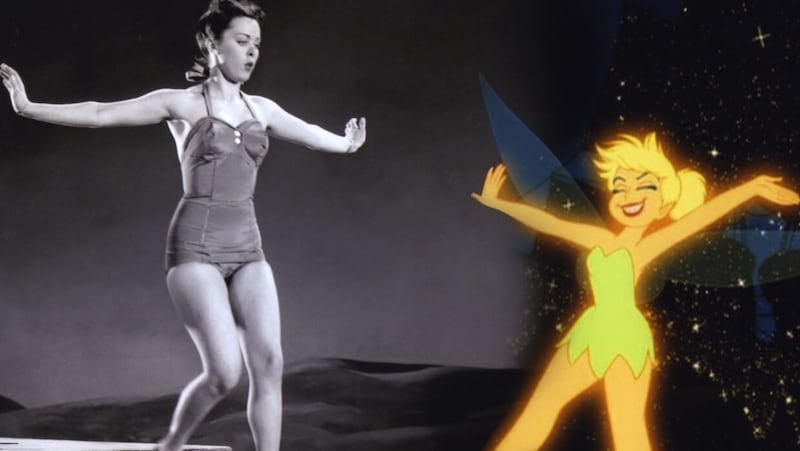 What could convince 90-year-old actress Margaret Kerry – once a model for Disney animators creating the Tinker Bell character of 1953’s Peter Pan – to abandon her West Coast home of nine decades and fly off to a new life in Florida some 2,500 miles away?

“He told the people in the group he had actually dated Tinker Bell – me! – 70 years ago,” explained former model Margaret Kerry by phone from her new home in Sarasota. “One of the people with him decided to find me.”

An internet search led to Kerry’s website, Tinker Bell Talks. Emails were sent and Kerry remembered dating him. The two eventually reconnected last September in North Carolina, followed by marriage in February and the move to Florida soon after.

“We just celebrated our four-month anniversary,” said Kerry when we spoke in mid-June. “And we haven’t yelled at or kicked each other.”

“Well, it’s early in the marriage,” I told her wryly.

“Thank you very much, I’m hanging up right now!” she said, laughing.

Kerry’s film career began at the age of four in an uncredited role in Warners’ “A Midsummer Night’s Dream” (1935) playing – as if to foretell her future – one of the fairies.

“I remember it clearly because one of the big studio lights caught fire and Mickey Rooney, who played Puck, dragged me into this little 2-inch deep stream on the set so I’d be safe from any flames.”

More roles came her way, including a half-dozen Our Gang (aka The Little Rascals) shorts, although as a member of the Meglin Kiddies troupe of child performers, she received no individual screen credit on some.

The Beginning of Tinker Bell

Her claim to fairy fame came in her early 20s as the model for Disney’s Tinker Bell. She also modeled for the red-headed mermaid in Peter Pan and did her voice.

“June Foray was the brunette mermaid,” recalled Kerry. “One day after a recording session we stepped out on the Disney lot. ‘Why are we trying to get in front of the camera to be actors?’ we asked each other. We realized voiceover work was heavenly; you know, we didn’t have to put on make-up, fix our hair, or get dressed up. And we could read from scripts – no lines to memorize. We both decided right there to go into voiceover acting. June became one of the most famous (e.g., Rocky of ‘Rocky and Bullwinkle’) and I went on to do about 600 cartoon voiceovers.”

Although it’s been nearly 70 years since Kerry’s famous fairy job, her tiny winged alter ego has never been far away; especially during the numerous fan conventions she’s attended for decades. She plans to continue giving talks and lectures.

“Tinker Bell and I share some characteristics – we’re perky and adventurous,” says Kerry, who turned 91 in May. “I think getting married and moving to Florida after living 90 years in California counts as an adventure!”

Nick Thomas teaches at Auburn University at Montgomery and has written features, columns, and interviews for over 800 newspapers and magazines, including BOOMER’s “Where Are They Now?” column.