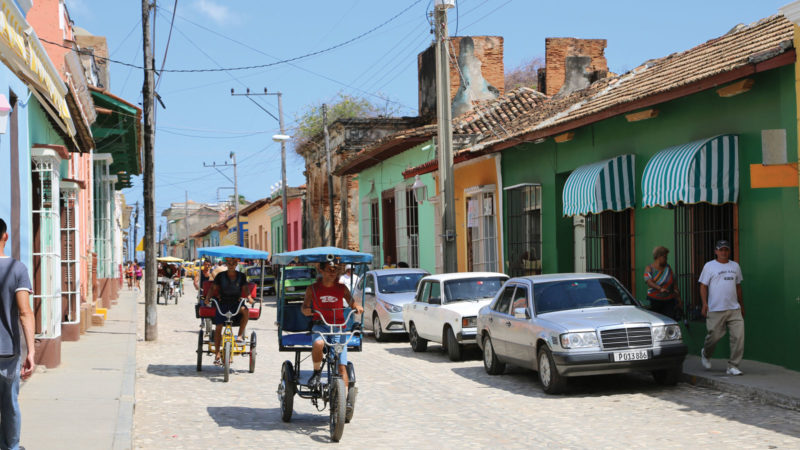 It seems you just can’t turn on the TV, browse the internet or open a magazine these days without running across some kind of reference to Cuba. It’s always been there, a mere 90 miles south of Florida, but it’s been like a dirty secret for Americans – something we knew about but just didn’t talk much about.

That surely isn’t the case anymore, is it? The secret has been revealed, exposed to the light of day, and now everyone wants to get in on it. Travel is still limited, but opportunities are opening up.

I have had the rare privilege of traveling into Cuba eight times during the last five years. I’ve loved every trip. Based on my experiences, I offer a first-person perspective on what you can expect if you get there.

Had I been asked after my first trip what kind of changes would I expect over the next few years, I would have told you flat out, “Nothing; it is a country that appears to just be living within the moment. Havana is a beautiful old city that appears to be slowly deteriorating into the sea.”

Gosh, would I have been wrong!

Over my five years of travel to Cuba, I’ve noticed a number of changes. I’ve witnessed an increased activity toward renovation, especially in the more popular tourist areas. I’ve seen roads repaved, buildings renovated, internet access improved and sewer and water lines upgraded. I’ve noticed new hotels, cafés, microbreweries and high-end boutiques. Hey, even the U.S. Embassy has reopened. If that isn’t progress, I don’t know what is!

Now, there is a caveat to these improvements. They are progressing at a Cuban pace, which is to say, very slowly. The majority of the construction and renovations are being done by hand and with limited crews. Assuming they continue at their current pace, it’s going to be quite a few years before they can handle the flood of American tourists just itching to visit.

So, let’s say hypothetically that sometime during the next year, the travel restrictions for Cuba are lifted. You want to see what all the hype has been about. So, what should you be ready for? What will you find?

Cuba is a country of limited resources. To quote my good friend, Mike Davison, “They just don’t have stuff.” From the basics, such as clean drinking water and electricity, to mobile boarding ramps at the airport, everything is limited. You will probably even find it difficult to book a hotel room.

Don’t let this discourage you, though – if you get the opportunity to go, grab it! You will find a world rich in culture and steeped in history, a world infused by live music with performing artists on every corner. Cuba is a wondrous and mysterious place, unlike any trip you’ve ever taken.

That word, “trip,” is the key here. It won’t be a vacation, as you currently know it. It will be more akin to an adventure. You will need to be open-minded and flexible. If you can do that, you’ll have a fantastic time.

So, what can you expect exactly? Possibly an elevator that doesn’t work, a hotel room with a musty smell to it, out-of-stock menu items at restaurants (especially beef), limited and slow internet connections, smoking allowed and accepted just about everywhere, strong leaded exhaust in the streets, bad smells from the sewer drains, a taxi that breaks down and plenty of other hurdles.

You will also find some of the friendliest people you will ever meet, cars from the 50s being used as taxis, beautiful art deco buildings, amazing dancing performances (the Tropicana is a must!), the ever-popular Cuban cigar, fantastic mojitos and daiquiris, and what I think might be the best rum on the planet.

As a tourist in Cuba you should fully enjoy it and try everything that is special in Cuba, like Cuban cigars. Once you try it you will feel all the atmosphere of this crazy country.

I offer a few tips to would-be travelers.

Open your mind to the possibilities of travel to Cuba. I think you, too, will be amazed at what the island has to offer.