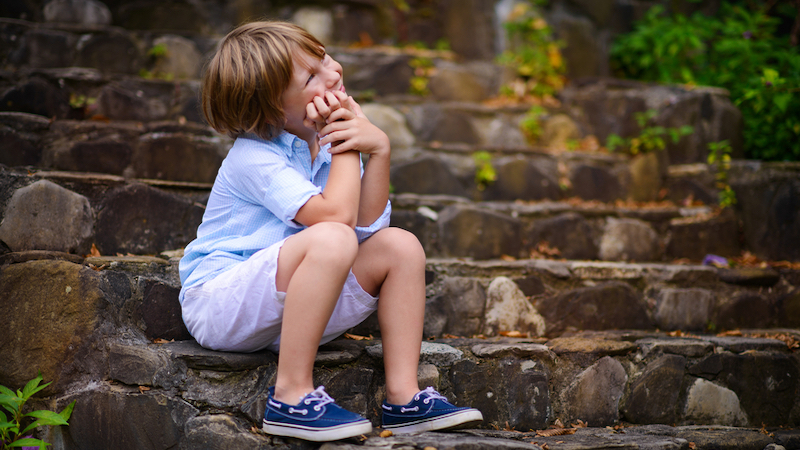 Boomer reader R.G. Begora recalls several tales from his childhood that make him seem like a bad boy … or a dumb kid? Perhaps you can relate!

Father Flanagan of Boys Town used to say, “There is no such thing as a bad boy.” With that in mind, I will begin the journey into my childhood with the attitude that I was not a bad boy, just a dumb kid. Just so you understand that my memories are very sporadic and lack many details. So, as I take you down memory lane, I’ll try to be accurate on what I remember and what I don’t recollect. I had two older brothers; Tom was 10 years older than me and my brother Bob was one year older. Yup, I was the baby of the family.

I was about 3 or 4 years old when I got the bright idea to make breakfast for my mom and dad. It was very early in the morning and everyone was asleep and it was still dark outside. I can remember putting bread in the toaster just like my mom used to do when she made breakfast. I don’t remember much after that but I do remember looking around the corner and saw the flames coming from the toaster just below the cabinets. I ran into my parents’ bedroom and woke my mom up. Again, I can’t remember what I said to her, but she sat up in bed and yelled, “Paul, I smell smoke! Somethings burning!” I remember my dad bounding out of bed and rushing into the kitchen. The next thing I remember was being in my mom’s arms as she carried me through the kitchen, surveying the damage caused by the fire. I can recall the blistered paint on the cabinets and my mom thoroughly explaining the damage.

I don’t remember how the fire started and I don’t remember if it was ever mentioned again. I can’t remember anything about getting the kitchen repaired or repainted. The only thing I could think that happened was the cabinets were very low to the counter and I must have pushed the toaster back under the cabinet and I walked away. That in turn caused the cabinets to catch fire. I don’t remember my dad or mom being angry about the incident. I guess they considered me a hero for waking them up and saving everyone’s lives. 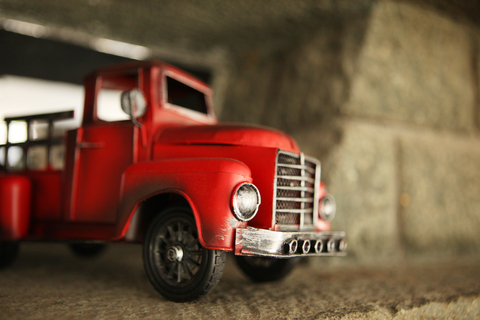 The next item of near disasters that came up in my life was my toy fire truck. I really loved that all metal, red fire truck. I would play with it for hours in the basement of our Detroit home. I must have been around 5 or 6 at the time and I remember the truck being fairly large, sort of like today’s Tonka Toys. I don’t remember if it had flashing lights but it had something much better. It had a reservoir to hold water so that I could hand pump the water through a small fire hose.

Every time I played with the fire truck, I was a fireman. The only problem I had was that I had no real fire. Make believe fires are okay, but not the same as the real thing. In our basement we had a couch that had a back that slopped away from the wall, rather than against the wall. Because of the design, the couch made a great tunnel to crawl through. I figured that would be a great place to start the fire. I rolled up a bunch of newspapers and used a lighter from the upstairs coffee table. My memory ends there and I can only remember there was a good deal of smoke. I think the fire went out on its own and I can’t remember if I used the truck to put the fire out. I don’t even remember if my mom and dad were angry with me. My guess is that they were. It’s funny how your memory can fade on some things but are vivid in others.

From a ‘bad boy’ comes an inspired adult

The ironic part to this story is that later in my life, I became a volunteer fireman and rose to the rank of Assistant Chief. If you think about it, life offers many twists and turns as you travel into adulthood. Who could have guessed that my experience as a child lighting fires would propel me to become a firefighter.

The next misadventure I had was when we were eating supper one evening and I was about 5 years old. To be honest, I don’t remember any of this happening but my mom relayed the story to me many years ago. So, it is from her memory that I tell this story. My uncle Steve was eating with us and we had spaghetti for our meal. My uncle liked to tease me and that night was no different. He faked putting a strand of pasta on my ear and I became frustrated because I kept brushing my ear to get rid of the imaginary strand of spaghetti. I finally became so irritated that I stood up on the chair, grabbed the full bowl of spaghetti and dumped the whole thing on my head. I’m sure my mom appreciated my frustration and probably laughed and laughed when I had enough of my uncle’s shenanigans.

I have to admit that I was a handful for my mom. However, she was able to retaliate in very subtle ways. I remember my mom having a pet robin. It’s true. I remember walking to church with my mom and the robin following us the whole way. When we left church, the robin would be waiting for my mom and follow us home. As a small boy, I immediately wanted a pet bird. My mom told me that only special people could have a wild bird as a friend. I was frustrated and wanted one of my own. So, one morning I entered the kitchen and was confronted by my mom and the uncle that teased me relentlessly. My uncle Steve handed me a salt shaker and told me if I could get close enough to a bird to get salt on its tail, it wouldn’t be able to fly away. I could then capture the bird and keep it as a pet. My mom and uncle must have laughed and laughed as I chased birds around the neighborhood with a salt shaker for two days. For those who want to try it, please take my word for it that it does not work.

Over the years my mom would bring up the pet robin story and it was still a source of frustration for me. This frustration lasted most of my adult life until she passed away. Then one day, I had an epiphany! In the springtime, she enjoyed digging up the garden and turning the soil. When you turn the soil, you dig up worms. The worms are delicacies for robins. She didn’t have a pet robin. The bird followed her around looking for worms! All the years she made me think about the pet robin. Wherever she is now, she must be laughing and laughing about how she pulled one over on me.

Oh, her retaliation continues…when I was about 6, I was in the basement looking at an easel with an oil painting of John Wayne that my brother Tom had just painted. My brother was was a very good artist, even though he was 16 at the time. I was mesmerized on how accurate the painting portrayed the famous actor. Without thinking I reached over and put my finger on the portrait’s nose to see if it was dry. It wasn’t dry and I wiped the paint off my finger and didn’t think anymore about it.

I returned home toward evening with my brother Bob. Waiting for us in the kitchen were my mom and dad and my brother Tom, the artist. My mom was visibly upset and lined us up for the interrogation. My mom wanted to know who put the finger on the painting. She was very upset with us and demanded a confession from the perpetrator. No way I was going to confess! I had more determination than she did and I figured she wouldn’t punish both of us because as angry as she was, she was always fair. I stood my ground and I would not budge with my defiance and I continued to deny any wrong doing. This went on for quite a while until she exclaimed out of desperation, “Paul, call the FBI to come here and check for fingerprints!” Oh, my God! She had me. The FBI, fingerprints, jail time and my stupidity of putting my finger on that painting all came rushing into my head at once. I burst into tears and pleaded with her not to call the FBI. I confessed! I don’t remember the punishment I received but I will always remember that she got the upper hand again.

I talked to my brother not too long ago and found out that he still has that painting in storage. I would love to see that painting again if only to remember the day I almost got arrested by the FBI. As the youngest of three siblings, I know I have to have a tradition to uphold. After all, the youngest is the most treasured and respected of all the children. At least that’s what my mom used to tell me.

R. G. Begora is retired. In 2006, he published a novel entitled “Smoke,” a firefighting story.

Read more childhood memories and other contributions from Boomer readers in our From the Reader department.

Have your own childhood memories or other stories you would like to share with our baby boomer audience? You needn’t have been a bad boy or girl to contribute! View our writers’ guidelines and e-mail our editor at Annie@BoomerMagazine.com with the subject line “‘From Our Readers’ inquiry.”