And what the big little city of Richmond had to offer 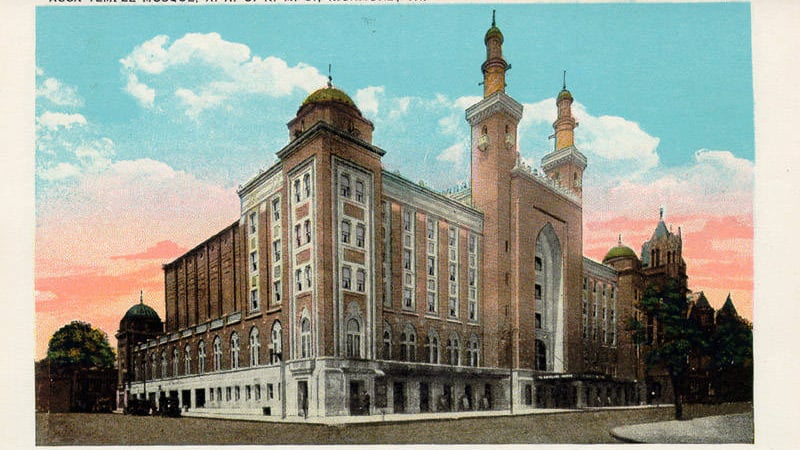 The big little city of Richmond, Virginia, presented plenty of entertainment options, even back in 1969. Here’s a sample of where you might’ve found your kicks.

ON STAGE: Yvonne de Carlo stars in Hello Dolly! at The Mosque. The Royal Hunt of the Sun makes audiences think deep at Virginia Museum Theater.

MUSICAL NOTES: Tommy James and the Shondells, The Buckinghams, and Neil Diamond perform at The Mosque.

ECLECTIC OFFERINGS: Humorist author Art Buchwald speaks at the Richmond Public Forum on the topic “Have I Ever Lied to You?” Black Arts Festival is presented by the Richmond Community Action Program.

ON THE BIG SCREEN: Three in the Attic, starring Christopher Jones and Yvette Mimieux and filmed at UNC Chapel Hill, plays at the Colonial Theater.

ON STAGE: The Lion in Winter plays at Barksdale Theatre, The Innocents at Virginia Museum Theatre and Kingdom of Earth at Wedgewood Theater in Toano.

CLASSICAL PERFORMANCES: The Musicians Club of Richmond presents a member-artist concert at the Woman’s Club Auditorium.

MUSICAL NOTES: The Mosque entertains Richmonders with The Dells, the Drifters, Betty Everett, The Fantastic Johnny “C” and Cliff Nobles; Tommy Roe, the Grassroots, and Archie Bell and the Drells; and Marty Robbins.

ON THE BIG SCREEN: A dusk-to-dawn playbill at the Sunset Drive-in on Midlothian Turnpike features two cartoons and five sci-fi and horror shows including Battle Beneath the Earth and Frankenstein Created Woman. Make it until the sun comes up for free coffee and doughnuts.

MUSICAL NOTES: The Impressions, the Drifters and Arthur Conley play at The Mosque.

ECLECTIC OFFERINGS: Cassius Clay, aka Muhammad Ali, speaks at Randolph-Macon College. First Daughter Tricia Nixon is crowned Azalea Queen in Norfolk. President Richard Nixon crowns his daughter and then nearly gives the Secret Service a coronary when he suddenly jumps over a two-foot-high stone wall and jogs into the delighted crowd.

MUSICAL NOTES: The O’Kaysions (“Girl Watcher”) headline a dance show at The Mosque Ballroom. Peter, Paul and Mary bring folk music to The Mosque. Sly and the Family Stone, Pigmeat Markham and Cliff Nobles bring soul and psychedelic to The Mosque.

ON STAGE: The Fantasticks takes over the stage at Barksdale Theatre.

ON THE BIG SCREEN: Audiences see How To Commit Marriage, starring Bob Hope, Jackie Gleason and Jane Wyman, at the Byrd and State theaters.

MUSICAL NOTES: Catch two events at the The Mosque: The Dells, Lee Dorsey and William Bell on one day, and Gary Puckett and the Union Gap, Mercy, and Bill Deal and the Rhondels from Portsmouth, Virginia, another.

ECLECTIC OFFERINGS: Young Richmonders are “Doing Our Own Thing!” during Richmond Youth Week at Dogwood Dell.

ON STAGE: Cactus Flower is presented at Barksdale Theatre.

MUSICAL NOTES: Audiences enjoy the soul of country music as Ray Price and his All-Star Band play The Mosque, as do Buck Owens and his Buckaroos. Bill Deal and the Rhondels perform at The Sheik on Staples Mill Road.

ON STAGE: The University Players present Kiss Me, Kate at University of Richmond’s Camp Memorial Theater. Audiences laugh and love watching The Moon Is Blue at The Barn Dinner Theater. Theatergoers ponder individuality and conformity while laughing at The Absence of a Cello at Barksdale Theatre. Audiences follow the twists and turns in Woody Allen’s Don’t Drink the Water at Swift Creek Mill Playhouse.

MUSICAL NOTES: The Cowsills perform at The Mosque as part of the National Tobacco Festival. Also at the Mosque: Jerry Butler, Junior Walker and the All-Stars, the Dells, and the Delfonics; and Victor Borge, joining the Richmond Symphony Pops.

ON STAGE: Annie Get Your Gun plays at Barksdale Theatre, Harvey at Wedgewood Dinner Theater and The Owl and the Pussycat at Barn Dinner Theater.

MUSICAL NOTES: Trumpeter Al Hirt plays in a steady rain for one hour prior to the Richmond Roadrunners vs. Pottstown Firebirds football game at City Stadium before 5,000 fans. Ferrante and Teicher tickle the ivories at The Mosque.

ON STAGE: Theatergoers discover The Perfect Set-Up and go Barefoot in the Park at Barn Dinner Theater. The Richmond Ballet presents the holiday classic, The Nutcracker, in its 13th season, at The Mosque.

Throughout the year, you might have been eating chocolate silk pie while catching a fashion show at Miller & Rhoads Tea Room; tapping your toes to the music of Eddie Weaver on the Mighty Wurlitzer at The Byrd Theatre; or – if you were male – killing time at Thalhimer’s Soup Bar.

Instead of mega-multiplex theaters, you would have caught a movie at one of the many single-screen theaters scattered throughout town, including several drive-ins. The only one still remaining is The Byrd in Carytown.

Bill Oglesby was inspired to create “Where Were You” by a radio show he would listen to while in graduate school in Southern California. The daily feature ran on the radio in Richmond for five years and in BOOMER magazine.