The first season in particular laid it all out: Good ideas are turned bad by executives with little sense and no soul. Smart people become nothing but sycophantic yes-men, pushing the mediocre over the exceptional.

Massive egos are routinely fed, giving undertalented people more power than they should have. Bad choices are made for the sake of sex and other addictions. And no one knows what is happening because no one ever, ever tells the truth. Episodes absolutely nails it. It’s insightful, hilarious, brilliantly acted. It’s a great show. It’s a great show about how awful television is.

Is that ironic? Yes. But is it unusual? No.

THE GOLDEN AGE OF TV HAS COME AND GONE … AND COME AGAIN?

And that’s my point: Without our noticing it, there has come to be an awful lot of television out there that is actually … very good. I’m not going to go so far as to suggest we are in the second (or third) Golden Age of Television. But it is looking at least bronze-ish.

All Kardashians aside, look at the evidence.

The astonishingly well-crafted Breaking Bad, created by Chesterfield County’s own Vince Gilligan, ended its lavishly praised run last year. The equally lauded 30 Rock – like Episodes, a show about television – did the same.

Both shows knew when to quit, which has been a problem for other series in the past. Both got out at the top of their game – or in the case of 30 Rock, very nearly so. Both shows are first-ballot Hall of Famers. Both have been reverentially cited as among the best shows ever on television.

One standout series at any time is a given; two is a coincidence. But the current quality goes far deeper than that.

Downton Abbey is enjoying a success not seen on PBS since the days of the not dissimilar Upstairs, Downstairs. And it’s working for all the right reasons: compelling scripts, impeccable acting, a fine sense of history and, to be sure, an elegance in the costumes and settings. Many fans would say it is worth watching for Maggie Smith alone, and they would not be entirely wrong.

Lena Dunham’s groundbreaking Girls is still unlike anything else on TV and continues to have its moments of charm. The same can be said for Mad Men, though, like the exquisite suits on its characters, it is beginning to show some wear. Game of Thrones takes us to a place we have never been, and The Walking Dead takes us to a place where we never want to go.

And though I have not seen Sherlock, I am told it may be the best of the best.

A SUDDEN AND UNEXPECTED TSUNAMI OF QUALITY

What’s going on here? Just when we resign ourselves to the thought that television is going to be nothing but Jersey Shore and Jerry Springer and MTV shows about pregnant 8-year-olds, just when we thought that every word in Episodes was true, along comes a sudden and unexpected tsunami of quality.

Not that long ago, we were worried that the extraordinary proliferation of cable channels would cause a balkanization of television. The fear was that the channels would become so specialized that each one would be watched by only a handful of die-hard fans. But as it turns out, the abundance of channels seems to have worked out for the good.

Much of the best work is coming out of the channels that are not affiliated with networks. All that money they have been making off us in cable fees for so many years is finally starting to pay off. With nothing else to do with the cash, several of the channels are beginning to create their own product. And without having to worry about offending the massive network audience, they can be free to give their productions more of an edge.

More channels also means more shows, and more shows means more opportunities for truly great television to make it to the air. More channels means more people are taking risks, and while that means more failures it also leads to more glorious successes. The proof is on your set, every night of the week. So what’s wrong with television these days? Actually, not much at all.

Daniel Neman, food writer at the St. Louis Post-Dispatch, is a former movie reviewer for The Richmond News Leader and the Richmond Times-Dispatch and a regular BOOMER contributor. 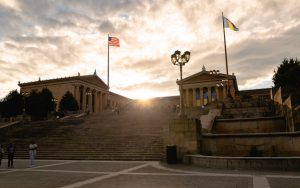 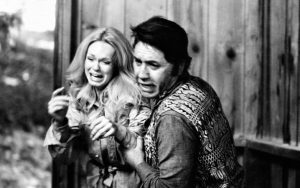