Classic Westerns are celebrated at the Williamsburg Film Festival. If you’ve considered attending, 2017 will be your last chance: the March 8-11 event will be its swan song. 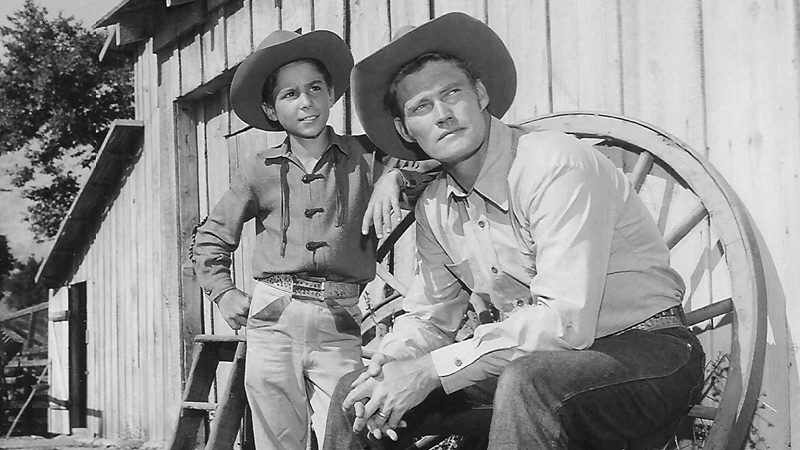 During the heyday of Western movies and TV shows in America (1920s to 1970s), the genre’s hallmarks of rugged individualism, good-versus-evil storylines and lush western vistas ruled the entertainment world. Westerns only occasionally grace movie screens today, such as the animated gem Rango (2011), the Academy Award-winning True Grit remake (2011) and 2015’s Forsaken, which featured the first film pairing of father-son actors Donald and Kiefer Sutherland.

Classic Westerns are celebrated at the Williamsburg Film Festival. If you’ve considered attending, 2017 will be your last chance: the March 8-11 event will be its swan song.

Many key volunteer staff are in their mid-70s, Floyd says of the decision to conclude the festival after 21 years. Younger people are volunteers and attendees, but no one stepped up to continue the event.

A group of Western-loving friends who had attended film festivals in other states decided to host their own event in Virginia. More than 100 people showed up in 1997. Last year more than 350 people attended.

“We took a cue from other festivals [when we started],” Floyd recalls. “In the 1970s when Western film festivals [began], a lot of people had not seen these films since they were kids. We still have people who like to sit and watch the movies” at the festival.

Organizers expect a big 2017 crowd, including “day trippers” and those who attend the entire three-day event. About 20 volunteers staff the event, including Richmond-area residents Tom Wyatt and Harry Daniel, who head up the B-Western movie committee and last year wrapped their own 21-year stint hosting a Western film series at several Chesterfield County library locations.

Like many volunteers, Floyd developed his love for Westerns in childhood.
“I grew up in Norfolk [several] blocks away from the Grand Theatre,” explains Floyd, recalling the classic 1919 theater in South Norfolk, now Chesapeake. Seventy-four and retired after a 33-year career in criminal investigation with the Virginia State Police, Floyd recalls, “Back then Norfolk was like a small town. Saturday was ‘Western day’ and you’d get a friend, go to the movies and ‘replay’ the movie when you got home.”

Although Floyd laughingly calls the Williamsburg festival “a three-ring circus,” the format is simple. It includes film screening rooms, panel discussions with celebrity guests and a large “dealer room” where vendors sell DVDs and film memorabilia and celebrities talk to fans and sign autographs.

Among 2017’s scheduled guests: Johnny Crawford, best-known for his role as Chuck Connors’ son Mark on TV’s The Rifleman (1958-63), airing daily on ME-TV and Saturday mornings on AMC; Andrew Prine, whose 182 acting credits include Broadway roles and numerous Westerns; Anne Lockhart, a fourth-generation performer best known for her 1978 stint as Lieutenant Sheba on TV’s original Battlestar Galactica; and Robert Fuller, star of numerous films and TV shows, including Laramie (1959-63), airing daily on GRIT, and Emergency! (1972-79), airing daily on ME-TV.