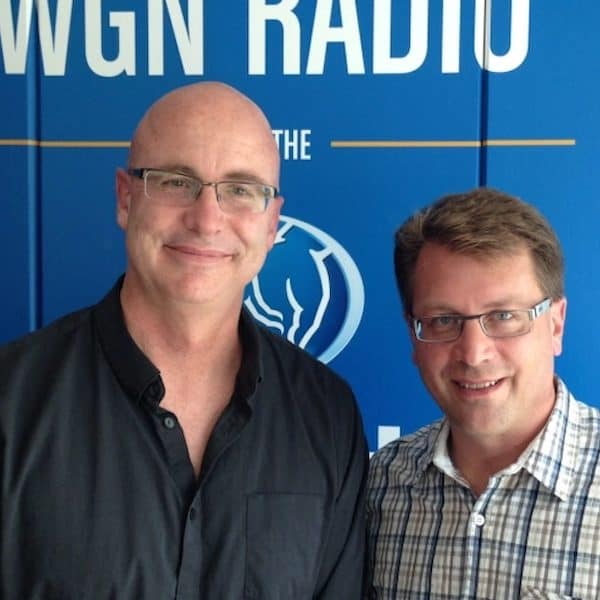 David L. Hoyt and Jeff Knurek co-create all the features in the Jumble portfolio for Tribune Content Agency.

Hoyt and Knurek met while working on a game/toy project and have been collaborating on a variety of projects ever since.

Inventor David L. Hoyt creates syndicated puzzles and games, including Jumble, Jumble Crosswords, TV Jumble, USA TODAY Word Roundup, USA TODAY Up & Down Words, Pat Sajak’s Code Letters, Pat Sajak’s Lost & Found Words, and This Day in History: The Game. A former options trader on the floor of the Chicago Board Options Exchange, Hoyt gave up trading in the mid-90s to pursue his dream of becoming a puzzle and game inventor. When not making syndicated daily amusements, Hoyt is inventing games across a number of platforms and has been fortunate enough to license his games to some of the largest game companies in the world like Hasbro and Mattel. He is also the author of more than 25 puzzle books.

Jeff Knurek is an award-winning toy and game inventor, consumer product developer, graphic artist, illustrator, cartoonist and puzzle creator. Knurek took over the cartooning duties for Jumble in 2008 from the great Henri Arnold. He co-created Boggle Brainbusters, UNO 52, UNO FreeFall and Pat Sajak’s Linked Letters (to name a few) with David L. Hoyt. Knurek’s own game credits include Family Fun magazine’s “Toy of the Year” award winners: “What’s in Ned’s Head?” and “Monster Under My Bed.”

Follow the Hoyt and Knurek puzzles in Boomer Magazine.