A local couple fulfills the wishes of military members and veterans 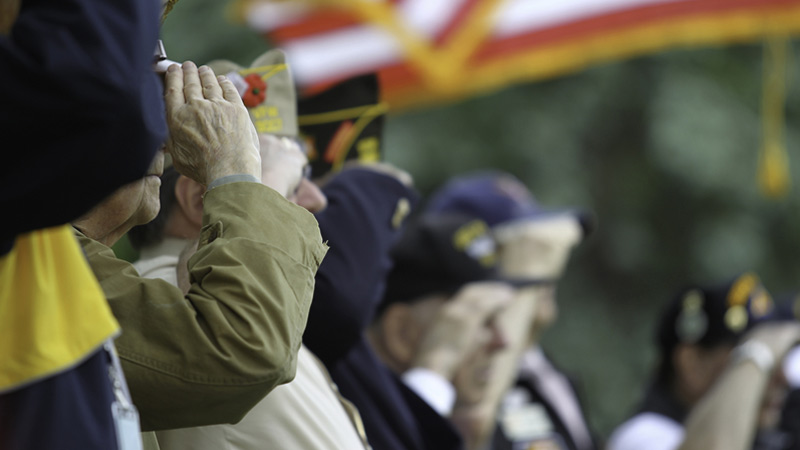 For 13 years, Brian and Susan Rich have dedicated much of their time to helping make life better for veterans and military members abroad. They head A Grateful Nation, an Amelia-based nonprofit that first served to support American armed forces stationed in Iraq, Afghanistan and Kuwait by sending everything from candy and Girl Scout cookies to rosary beads and golf clubs. Now they’re expanding.

We talked in the Easy 100.9 studio. Here are excerpts.

BILL BEVINS: WE ALL OWE A DEBT, AND SOME PEOPLE ACTUALLY CHOOSE TO TRY TO PAY IT BACK. BRIAN RICH IS WITH US THIS MORNING. HE AND HIS WIFE, SUSAN, RUN AN ORGANIZATION CALLED “A GRATEFUL NATION.” THANK YOU FOR JOINING US. … EXPLAIN, IF YOU CAN, WHAT A GRATEFUL NATION IS.

BR: It’s just my wife, Susan, and I. We contact different regiments, divisions, that are in the Middle East, and now we just picked up a division in Korea. And we found out what they need, and then we go out and get it – whether it be through donation or actually we buy it. We take care of the shipping, we box it up, get it over to them. Nothing is owed; nothing is ever expected.

BB: SO YOU’RE SENDING STUFF TO THE TROOPS THAT THEY ACTUALLY REQUEST?

BR: Yes. It used to be just goodies that we would send over. But then I got tired of doing that, and we decided to ask them what they actually want. They will give us a list – and some of the lists are pretty funny. But whatever is on the list, if I can get it, I will.

SHELLY PERKINS: WHAT’S THE FUNNIEST THING THAT’S EVER BEEN REQUESTED FROM OUR TROOPS?

BB: THIS IS A GREAT, GREAT THING THAT YOU’RE DOING. YOU’RE BASED IN AMELIA, VIRGINIA.

BR: I lived here in Chesterfield for a jillion years. When I married Susan, we moved down to Amelia Courthouse and bought an 1890 farmhouse that we’re renovating.

BB: AS IF THAT WASN’T ENOUGH, YOU’RE GATHERING UP STUFF TO SEND TO THE TROOPS.

BB: YOU SEND TO U.S. ARMED FORCES IN IRAQ, AFGHANISTAN, KUWAIT AND THEN, YOU SAID, SOUTH KOREA?

BR: We just picked up a division. One of the guys from Iraq and Afghanistan, who we followed from regiment to regiment to regiment, has now been promoted to brigadier general; he’s taken command of the 2nd Infantry Division in South Korea. So we’re sending them stuff because, hey, if you’re stuck in Korea and you need Twizzlers, we’ll get them.

SP: WHAT ACTUALLY INSPIRED YOU AND SUSAN TO START THIS?

BR: We have both been involved in public-service works since we were teenagers. I’m a bit older, so I have more years. I got in touch with a young lady I went to high school with back in the ’60s. I hadn’t spoken to her in about 30 years, and she lives not too far from me right now. When I talked to her, she told me her daughter was a Blackhawk helicopter pilot in Iraq. And she was telling me about shipping things over and how difficult it was, and what they needed – and I said, “I can get it for you. It’s not a problem.” It was for that one young lady who I had never met. I met her two years later at her wedding. She married another officer. She was a captain, so was he – in the same regiment. And I met both of them at their wedding.

BB: HOW DID YOU WORK OUT THE LOGISTICS? I’VE DEALT WITH THE MILITARY A LITTLE BIT. YOU HAVE TO SPEAK THEIR LANGUAGE AND YOU HAVE TO KNOW HOW THEY OPERATE TO MAKE ALL THIS HAPPEN.

BR: It’s pretty much all done by recommendation. [When the young woman] and her husband came back to get married, they handed us off to two lieutenant colonels. And we started supplying them. As they went to other regiments, or came back to America, they handed us off to someone else. And it just kept growing and growing. But it’s all recommendation. If you don’t get recommended, there’s not a whole lot I can do for you, because I don’t have access to who is there.

SP: WELL, WE DEFINITELY ALL WANT TO HELP THE TROOPS. IT’S A GREAT INSPIRATION. IT’S GREAT KNOWING THAT “A GRATEFUL NATION” IS AROUND. HOW DO WE GET INVOLVED WITH HELPING YOUR ORGANIZATION SERVE THE NEEDS OF OUR TROOPS?

BR: Contact us through Facebook, our email address. We’re in the phonebook – not as A Grateful Nation, just as Brian and Susan Rich. [Mailing address: 16020 Church St., Amelia Court House, VA 23002.] We don’t advertise much our events, [including] the hot-air balloon bicycle race [the Bicycle Balloon Race at the Warren County Farmers’ Fair & Balloon Festival]. It’s just north of Philadelphia in Phillipsburg, N.J. It’s an annual event.

SP: AND I WOULD LIKE TO POINT OUT THAT NOT ONLY DO YOU HELP CURRENTLY SERVING/ACTIVE MILITARY MEMBERS, YOU ALSO ARE VERY INVOLVED WITH SOME VETERANS, AS WELL.

BR: Yes, with the ones who come back, we’ve met maybe a half a dozen of them, all different ranks from [private first class] up to general. It’s been a lot of fun. Out of all the things I’ve done since ’68, this has got to be the most rewarding public service kind of event that I’ve ever done.

BB: “A GRATEFUL NATION” IS THE NAME OF THE ORGANIZATION. BRIAN AND WIFE, SUSAN RICH, DO ALL THIS TO PAY BACK A DEBT THAT PROBABLY WE COULD NEVER FULLY PAY, BUT IT OBVIOUSLY HELPS QUITE A BIT. THANK YOU VERY MUCH FOR YOUR SERVICE TO OUR COUNTRY, SIR.