“Abandoned Virginia: The Forgotten Commonwealth” by Joel Handwerk presents images and descriptions of 13 abandoned buildings in Virginia. He digs in to what they used to be – and what they have become.

As a 9-year-old living in Buckingham County, Virginia, I would take long walks in the woods behind our house. One of my favorite destinations was an old, abandoned house. I would step gingerly up the rickety staircase and make my way through the crumbling building. Whoever left did not do so with the intent of setting up a similar home elsewhere. Or so I assumed, because the rooms were strewn with decrepit furniture, moth-eaten clothing, and piles of books. I would search for interesting trinkets. In fact, I found a battered book by Catharine Stowe, sister to Harriet Beecher Stowe.

But mostly, I would ponder the lives and fates of the people who once lived here. My mind would travel to times past and lives unknown. The book by Catharine Stowe would have further piqued my interest, if I’d had the historical background to understand the significance. 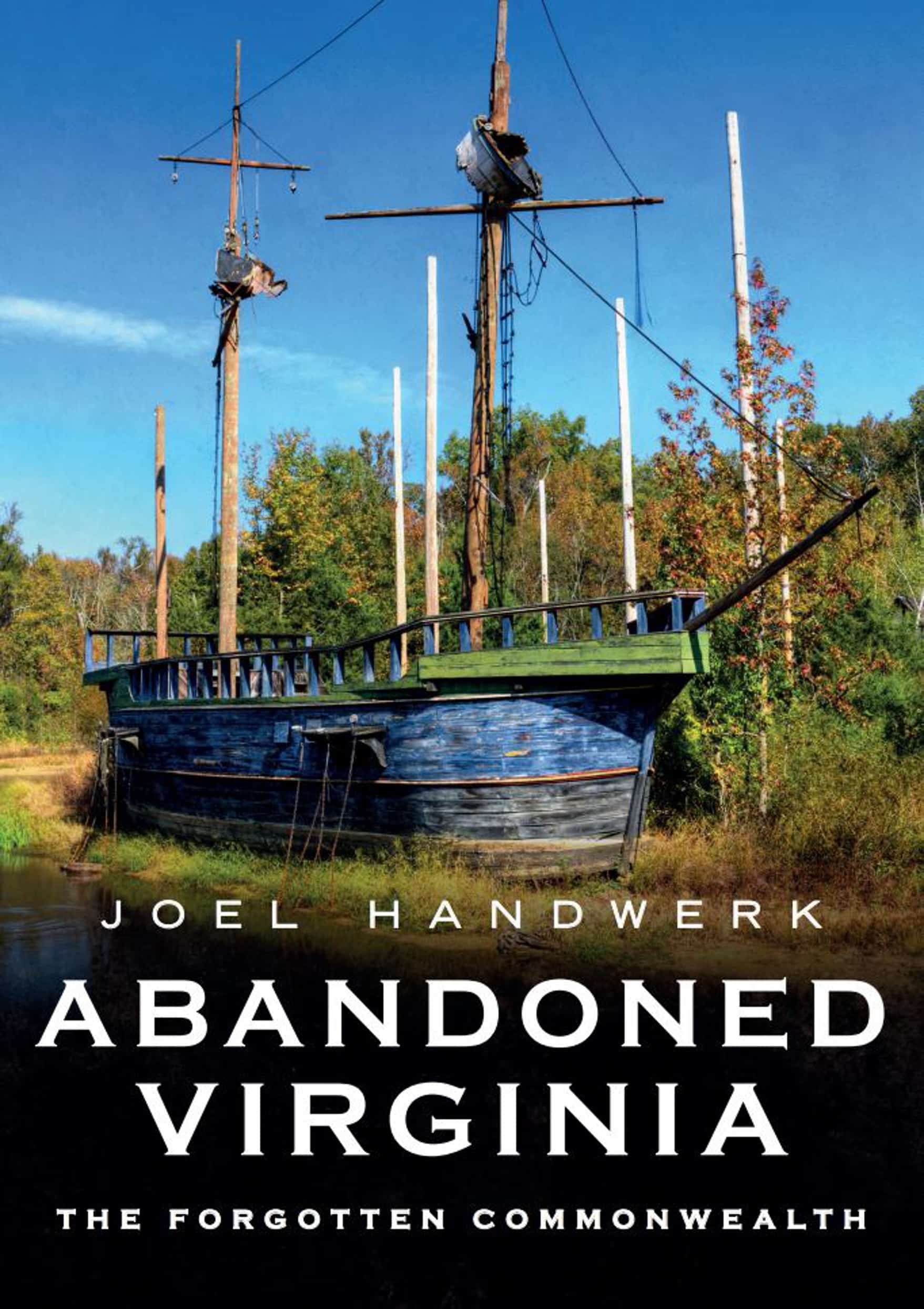 Abandoned structures have a sort of mystical appeal, as skeletons of past businesses, homes, churches, schools. Each one represents a place where, for years, people laughed, cried, made love, fought, worshipped, learned, and lived. Joel Handwerk, the author of “Abandoned Virginia: The Forgotten Commonwealth,” searched such skeletal structures around the Commonwealth, took photos, and researched their stories. “As macabre as it sounds, this hobby has shown me that there is a fascinating component to the decay of something once wonderful,” he writes. “There is beauty to be found in the breakdown, if you know where to look.”

Handwerk offers that beauty in images and words.

The author and photographer traveled to 13 Virginia destinations – businesses, homes, schools, and even a ghost town. He found decay and, as in the house of my youth, scattered debris that had been left behind. In nearly 150 pictures, Handwerk presents exterior and interior shots, wide shots, and close-ups. The photos are both informational and artistic. The lack of artificial lighting for interior shots combines with signs of decline to evoke an eerie aura. The peeling paint, crumbling walls and ceilings, rusty equipment, and piles of junk whisper of mystery and endings.

A Richmond-based photographer, Handwerk focuses his book around Richmond and other central Virginia locations. He includes places that Richmonders may be familiar with – may have wondered about. He poked around St. Francis de Sales School in Powhatan; the Virginia Renaissance Faire in Fredericksburg; rural farmhouses and schools; and more. In Richmond, he explored the C&O freight receiving depot in Richmond, Southern Biscuit Company, Fulton Gas Works, the beautiful Art Deco Central National Bank building, and others.

To give life to the stories of these old structures, Handwerk researched external records and reports his discoveries to readers. He describes the remains, the architecture, and the beauty that once was. He also speculates based on evidence left behind and editorializes on demolition and rehabilitation. For example, of the Honeywell warehouse in Hopewell, he writes:

Most of the materials in this building appeared to be related to protective helmets, particularly the unfinished helmet shells that were littered about in several rooms. However, there were other items that did particularly not make sense such as a table full of clothing buttons, and a closet with old sports trophies.

Though not chock full of information, the book does give overviews that answer questions the reader may have had in passing these old structures. The book’s strength is the photos. They take us to places we will never go. They usher our imaginations into times past, lives unknown, stories untold, and mysteries that will remain buried.