Parents tempted to break promise to son and daughter-in-law 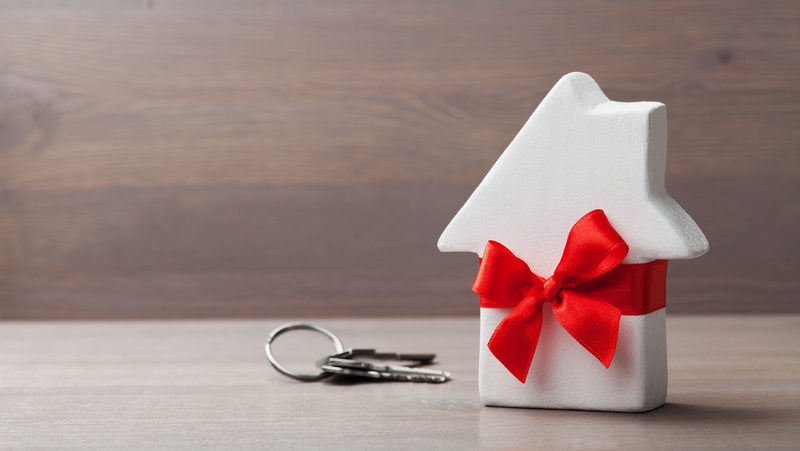 In this edition of “Ask Amy,” advice columnist Amy Dickinson addresses a father and mother who bought a house in order to sell it to their son and his wife. But they have strings attached, and now they feel they should back out, that the son and daughter-in-law don’t deserve it. What does Amy have to say?

My wife and I bought a house. Our intention was to sell it to my son and his wife for the same price that we paid for it.

We rented it out while getting their existing house ready to sell.

We agreed to the stipulation that they need to improve how they handle their money. They both work, but live paycheck to paycheck. (My daughter-in-law is a spending machine.)

The new and bigger house has appreciated 20 percent since we purchased it and they both really want to move in, but they have not kept up their end of the bargain.

If I cancel this deal or delay selling this house to them, she will go bonkers.

She is VERY headstrong. My son needs to stand up to her, but I am reluctant (I already tried) to put this on him because he is going through treatments for depression – this depression thing has really changed him.

He has mentioned failure and suicide.

I just cannot support a lifestyle that supplies 37 pair of underwear for their 4-year-old daughter.

His mother and I want to do the best thing.

What do you think?

You are attempting to control this couple, and this is the worst way to go about it.

If they are so bad with money, then aren’t you setting them up for failure by putting them into a “new and bigger” house? How will they afford the upkeep and the taxes on this more valuable property?

And because you have such low regard for her and a lack of compassion for him, they should not be financially entangled with you.

Overall, if you are trying to inspire someone toward change, you need to agree to specific and achievable milestones. “Improve how they handle their money” is a vague stipulation. Are you in charge of deciding if they have “improved”?

This arrangement also has you believing that you have the right to count their young daughter’s underwear, which you don’t. That is extremely disrespectful to everyone in the family.

This lack of respect is potentially disastrous for your relationship with this family. Your lack of boundaries and harsh judgment will have a negative impact on your son’s mental health.

“This depression thing” is real. Depression is a serious illness, and your son should be focused on his health and treatment – not on pleasing you.

Your son probably does need to stand up to someone, but in my opinion, you are the person he needs to stand up to. Unfortunately, his depression has likely robbed him of the strength to do that.

If you made an agreement, you should stick to your end of it. And then you should remove yourself from all financial control.

If you and your wife want to help them, you could put your extra money into a college fund for your granddaughter.

In the tradition of the great personal advice columnists, Chicago Tribune’s Amy Dickinson is a plainspoken straight shooter who relates to readers of all ages. She answers personal questions by addressing issues from both her head and her heart – ranging from strings attached to DNA surprises. A solid reporter, Dickinson researches her topics to provide readers with informed opinions and answers. Ask Amy, P.O. Box 194, Freeville, NY 13068