Advice from Amy: Wife Keeps Her Inheritance to Herself

Early support during a medical crisis seems to have flip-flopped 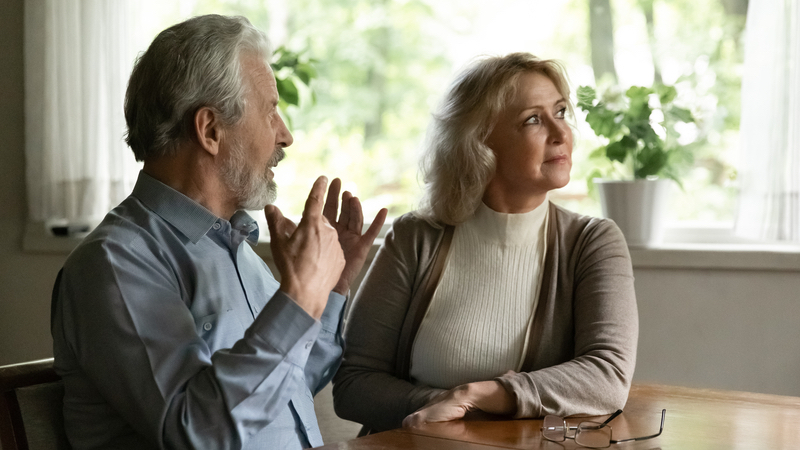 Advice columnist Amy Dickinson responds to a man whose partner supported him during a medical crisis, but now she seems to be keeping a very generous inheritance entirely to herself – while he pays 95% of the bills. See what Amy has to say about this wife’s selfish inheritance.

I met my wife online right before I had a serious accident, followed by cancer in 2013. She stayed with me during my treatment and recovery, but it was not “cookies and cream” during that time. We fought a lot. She left a few times, but always came back.

I was grateful to her for her financial and emotional support for a little over a year, and ended up marrying her when I was finished with my treatments.

She works in a public school and has a low salary.

Since I returned to work, I have financially supported our household (95 percent, she pays her own gas) and have used up my accident settlement to pay for our daily expenses.

Two years ago, her father died, and she received a sizable inheritance, as well as his house.

Since then, she has kept her finances hidden from me. She filed taxes separately, without telling me. She has spent extravagantly on herself.

She has made no effort to help with our daily finances.

She won’t let us move into her dad’s house because her “deadbeat” 30-year-old son is living there by himself, having dropped out of college to become a gambler. In the meantime, I am still paying $3,300 monthly in rent.

I granted her power of attorney in case of my incapacitation and made her my beneficiary, as she requested, several years ago. Now, I find out, she never did that in return!

She has hidden all of her inherited assets in a living trust. In the meantime, I cannot save enough for our retirement and I am constantly worried about our finances. I wake up at least once a week in the middle of the night worrying about finances.

I don’t know how much longer I can keep going like this! What can I do?

Given the lack of financial trust between you two, it would be a good idea to immediately remove your wife as your power of attorney.

You should then be honest with her that you can no longer afford the $3,300 rent, and so she will need to pay half of the rental expense and share other household expenses.

The money and the property she inherited from her father rightfully belong to her. She might be deliberately keeping these assets separate in order to prevent them from being considered “community property.”

But just as you put your accident award toward living expenses, she should now dip into her kitty to help support the household.

I assume she will refuse.

Her refusal to contribute to her own housing and living expenses, to follow through on verbal agreements, or to share financial information with you are real red flags. Staying married to her could potentially sink you.

You should research less expensive rental housing to move into at the end of your lease. Sadly, this downsizing might include losing her.

In the tradition of the great personal advice columnists, Chicago Tribune’s Amy Dickinson is a plainspoken straight shooter who relates to readers of all ages. She answers personal questions by addressing issues from both her head and her heart – ranging from a wife’s selfish inheritance to DNA surprises. A solid reporter, Dickinson researches her topics to provide readers with informed opinions and answers. Ask Amy, P.O. Box 194, Freeville, NY 13068