Would someone of sound mind be acting this way? 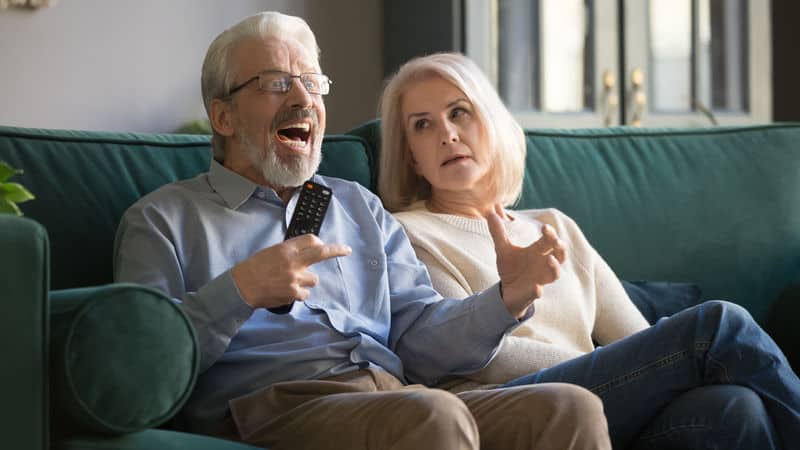 Dear Amy: My wife’s parents have been married for almost 40 years. My father-in-law recently told my wife that he plans to divorce my mother-in-law, and then move away. He has not told his wife yet, but his unhappiness is obvious, due to the rude comments he frequently makes to her.

He will openly criticize traits of hers that he doesn’t like, and he does it in a very disrespectful way. My wife and I have been married for five years, but all of the family members I’ve met say my mother-in-law’s personality hasn’t changed over the years, so why this sudden harshness toward her?

My father-in-law has started making similar rude comments about our 2-year-old daughter, “Clara.” Clara has a big vocabulary and is very strong willed. She can be demanding and will throw temper tantrums — just like any other toddler.

When she displays these behaviors, my father-in-law will start making the exact same remarks about her that he does about his wife. He will even call my daughter by his wife’s first name and talk about how they’re exactly alike.

They live nearby and we see them almost daily, so this happens often.

I want Clara to grow up to be a strong-willed woman, so I don’t want anything to quell her spirited nature. I also don’t think it’s appropriate for a husband/grandfather to be talking to his wife/grandchild the way he does.

How should I handle this?

My wife is hesitant to say anything to him about it.

Should I speak with him about this? If so, how? Or should I let my wife and mother-in-law handle him as they see fit?

Dear Protective: From what you report – it seems to me that your father-in-law is showing some signs of cognitive changes or decline. I could be wrong, of course, but if this behavior is more recent, then a medical reason should be considered. Urge your wife to help get him to the doctor.

Some people with brain disorders or disease behave aggressively and rudely; dementia does not always manifest with forgetfulness. The tipoff (for me) is the fact that your father-in-law is using the exact same language toward your toddler – and even calling “Clara” by his wife’s name.

Yes, this could be the behavior of a crotchety, rude, and verbally abusive older man – but you should consider that there might be something else going on (and possibly a combination of the two).

When he behaves this way toward your daughter, you should step in: “Whoa, Bill. She’s just a baby. She’s always watching what her Grandpa does. I’d appreciate it if you would talk nicely to her, even if she is acting out. We’re trying to teach her how to be more gentle, and you can help us by being gentle with her.”