Behind the scenes for the titanic accomplishment 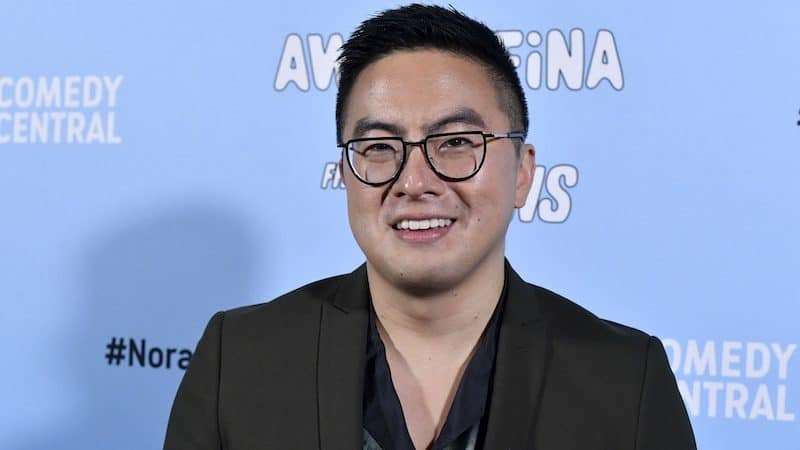 Bowen Yang and the iceberg sketch won big for Yang and ‘SNL.’ Peek behind the scenes of the nomination, the sketch, and the future.

Bowen Yang became the first featured player on “Saturday Night Live” to get an Emmy nomination Tuesday, securing a berth in the outstanding supporting actor in a comedy series category. It almost didn’t happen.

Yang originally considered nominating an episode in which he appeared in many sketches across the course of an evening. Instead, after he “consulted with multiple people,” he opted for an episode which generated a lot of notice for his offbeat portrayal of an iceberg that sunk the Titanic, from an episode during the 46th season that was hosted by Carey Mulligan. “It’s nice,” said Yang about the nomination. He just completed his second season as a featured player on the NBC program after working for one on the writing staff.

The iceberg sketch “was an idea from [‘SNL’ co-head writer] Anna Drezen, and she and I worked on it together. The whole process of owning it was so much fun. It was so much about what we could get away with,” said Yang in an interview Tuesday afternoon, giving credit for his work to the crew members who helped design the costume and make-up he wore. “People really flexed their muscles in a way that was only beneficial to me,” he added. During a May broadcast of NBC’s “Tonight Show,” Yang said the pair wondered right up until the broadcast of the show if the audience would like the sketch, because of its quirkiness.

Sailing into the future

Yang said he is interested in “finding a balance” in his performances, navigating between skits where the character he plays breaks out and others where he may have a smaller role that is often pivotal to the overall success of the endeavor. Over the course of multiple seasons, “SNL” cast members often start to show up in multiple sketches in each week’s broadcast, but not always at the center of attention. Kenan Thompson, one of the show’s longest-tenured performers, has found great success doing just that.

Will Yang and the “SNL” team bring the iceberg back for another “Update” appearance? “I really don’t know yet,” Yang said. “It’s up to Anna, for sure. She really shepherded that whole piece.” For today, at least, Yang knows audiences have warmed up to this particular frozen creation.

Yo! Recognize This ’70s Pop Culture … including early SNL!?