And it only takes two minutes 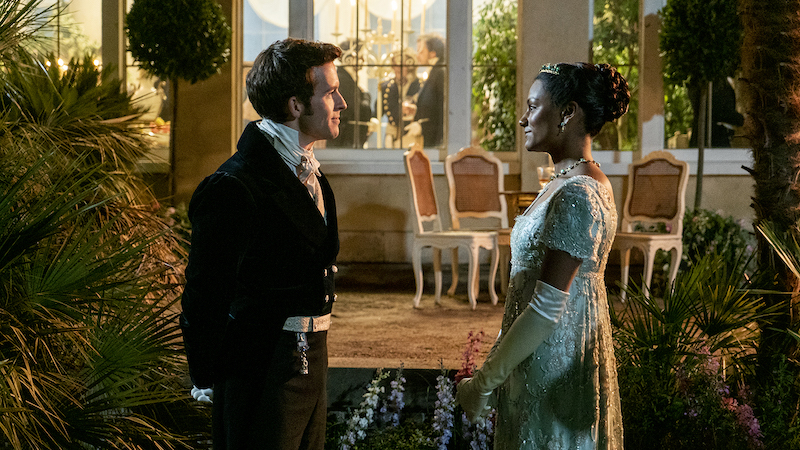 It’s been nearly a year since Netflix announced that “Bridgerton” would be bid adieu to Rege-Jean Page as Simon Basset, the Duke of Hastings. So, when Season 2 debuted on the streamer on Friday, the show wasted no time whatsover sharing where he was.

Just as in the Julia Quinn books, Season 2 shifts focus to Anthony (Jonathan Bailey) and Kate’s (Simone Ashley) love story. Still, many family members introduced in the first season pop up – with the exception of the Duke of Hastings, who simply stayed at home while his new wife Daphne (Phoebe Dynevor) returned to the family estate for her sister Eloise’s (Claudia Jessie) debut season as an eligible bachelorette.

When Eloise won’t come out of her room to meet with the Queen, Daphne becomes impatient, quipping, “Do you realize I left my husband and child at home for this?”

Last April, Page spoke to Variety about his exit, noting that his part in the Shonda Rhimes-produced series was always set to be a “one-season arc.”

“[I thought] ‘That’s interesting,’ because then it felt like a limited series. I get to come in, I get to contribute my bit and then the Bridgerton family rolls on,” he said at the time. “One of the things that is different about this [romance] genre is that the audience knows the arc completes. They come in knowing that, so you can tie people in emotional knots because they have that reassurance that we’re going to come out and we’re going to have the marriage and the baby.”

Following the news that he wouldn’t be back – and the public’s loud response – Rhimes asked Page if he was interested in returning.

“Rightfully, he said, ‘I signed up to do this one lovely story, this closed-ended storyline. I’m good!’ And I don’t blame him for that. I think that he was really smart to leave the perfection as the perfection,” she shared with Variety. “Every season we’re telling a different romance story of a different couple. There are eight Bridgerton siblings, and as far as I’m concerned, there are eight ‘Bridgerton’ seasons. And maybe more.”

Rhimes said that she truly doesn’t think Page will ever appear on the period drama again, telling Variety, “He’s an enormous star now. As I like to say, the idea that we would write Rege to stand around in the background doesn’t make any sense at all to me. ‘What would he do?’ is what I like to say.”

Oscars Make Strides in Diversity Beyond the Acting Categories