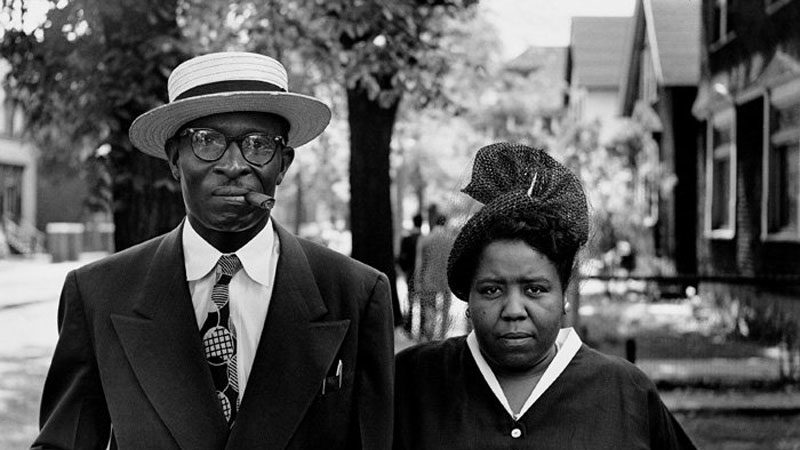 As a professional photographer, Gordon Parks was at the top of his craft – he worked with the Farm Security Administration and the Office of War Information, as a freelance fashion photographer for Vogue, and as photographer and staff writer for Life for more than 20 years. In 1960, the American Society of Magazine Photographers named him Photographer of the Year.

But he also knew the challenges of being African-American. Born in Fort Scott, Kansas, Parks attended a segregated elementary school. The town didn’t have funds to segregate the high school, but blacks were not allowed to play school sports or attend school social events. He faced racism firsthand and had seen its results. He lived and survived on his own beginning at the age of 15, soon after his mother died, working a variety of jobs until discovering photography as a career.

Although Parks’ professional accomplishments stand on their own merit, arguably his greatest influence lay in his support of the Civil Rights movement. A 1956 photo essay for Life, “The Restraints: Open and Hidden,” illuminated the effects of racial segregation through the lives of three families in Mobile, Alabama.

“Parks’s photo essay served as crucial documentation of the Jim Crow South and acted as a national platform for challenging racial inequality,” said curators of the High Museum of Art in Atlanta of the exhibition that ran at their museum in 2014 to 2015. “However, rather than focusing on the demonstrations, boycotts, and brutality that characterized the battle for racial justice, Parks emphasized the prosaic details of one family’s life. In particular, his ability to elicit empathy through an emphasis on intimacy and shared human experience made the photographs especially poignant.”

Such is the emphasis of the exhibition at Richmond’s VMFA. “This is typical for Parks,” says Dr. Sarah Eckhardt, curator of the VMFA exhibition. “His projects put forward pictures of dignified African-Americans … Father and daughters, families in front of homes – those weren’t the kinds of images you would have seen in the press at that time.”

The manuscript that Parks prepared to accompany the exhibit, which will be available to view at the VMFA exhibition, illuminates the premise of the photo essay.

The additional photographs from the museum collection correspond with five of his photo essays in Life and will be displayed next to the magazines where they appeared, enabling viewers to see and read his published pieces.

“His voice is still very relevant, sadly,” says Eckhardt. “His work became increasingly important as the Civil Rights movement grew in momentum … He also contributed to the literature of the Civil Rights era – he was incredibly frank, bold, insightful and personal.”

In addition to his work as a photographer, Gordon Parks was also a groundbreaking filmmaker, a writer, musician and composer. He directed a series of documentaries on black ghetto life; The Learning Tree, a film adaptation of his autobiographical novel; and the 1971 anti-hero movie Shaft. He was also co-founder of Essence magazine.

The exhibition at the VMFA will include related programs exploring topics such as the history of documentary photography, discussions on race and representation as revealed in Parks’ work, and a showing of The Learning Tree.

For more information on the exhibition at the VMFA, 200 N. Boulevard in Richmond, visit VMFA.museum.