Can Boxing Classes Help with Parkinson’s?

Fighting back against the disease 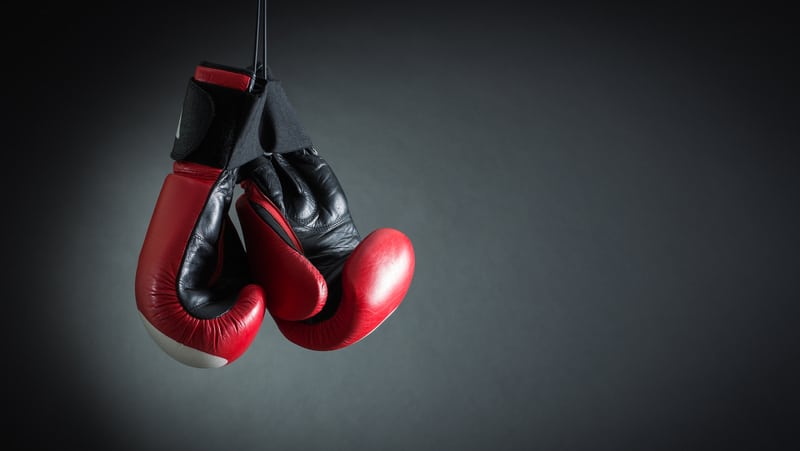 Parkinson’s is a progressive neurological disorder involving tremors, shuffling gait, and vocal disturbances. But what if there was a way to fight back? What if one could take a swing at Parkinson’s?

Though it may seem counterintuitive at first, boxing classes are showing a lot of promise when it comes to slowing the progression of this disease.

The first thing that likely comes to mind when you think of such is Muhammed Ali. How on earth could boxing be beneficial for those with Parkinson’s when you think about what happened to him? That’s contact boxing though. What we’re talking about is non-contact boxing.

This means throughout these classes people are hammering away at the heavy bag, pounding away at the speed bag, or maybe even doing a bit of shadow boxing. You’ll never have anybody taking an actual swing at you while you’re in these classes and don’t have to worry about showing up back at home with a bruised and battered face.

But where are these classes found?

Rock Steady Boxing is the major player within the world of Parkinson’s boxing classes, and there are currently over 800 gyms associated with them throughout the United States.

Many gyms across the states are beginning to recognize that there is a huge need and opportunity for this type of training, and homespun style classes are popping up all over the place as a result. A personal trainer doesn’t need Rock Steady Boxing approval to start his own boxing class. Provided one understands the fundamentals, they can easily create a course of their own volition.

Your local YMCA, personal training boutique, or other commercial gym may offer such a class as a result. You may also be able to find an activity partner who is interested in safe sparring as well, turning boxing into both exercise and a social event.

This is the exciting thing. While we most certainly need a lot more research to give a thorough answer to this question, at the moment, it appears as if they do.

We’ve long known that high-intensity exercise programs can work wonders for people with a wide range of medical conditions. Throughout my time as an exercise physiologist, we used these programs successfully for diabetics, various heart diseases, lung disease, osteoporosis, and a host of other medical conditions as well. (Ask your doctor and talk with a qualified professional before beginning any exercise program of your own.)

And it seems as if those same beneficial effects can be experienced by those with Parkinson’s as well.

We know that one of the problems that causes the effects of Parkinson’s is the gradual death of dopamine-releasing neurons within the brain. But this is where things get interesting: animal studies show that exercise can protect these very cells.

In one animal study, we find that exercise is not only neuroprotective, but that it increases amounts of brain-derived neurotrophic factor (BDNF) – a hormone responsible for the growth of brain cells – as well.

Another animal study suggested exercise not only limits how many dopamine-releasing neurons die over time, but in which researchers concluded it very well may make your body adapt and become more receptive to smaller levels of dopamine.

But do human studies seem to show the same effects?

Yep, it appears so.

In one study, those who engaged in high-intensity exercise were shown to have increased levels of BDNF, and to have exhibited a protective action on dopamine-releasing cells as well. Furthering this, a 2018 clinical study showed that Parkinson’s patients who engaged in high-intensity exercise saw no change in the severity of their symptoms over the course of six months.

In contrast, within this study those who engaged in low-intensity exercise did see an increase in symptom severity.

That’s most certainly not to say that low-intensity exercise is worthless for the individual with Parkinson’s – symptom severity would likely have been even worse had those people not exercised at all – but that research seems to suggest high-intensity is the way to go.

And while there are a relatively limited number of studies specifically examining boxing and Parkinson’s disease, those that we do have show both promise and hope.

A 12-week study with Parkinson’s patients showed that those who engaged in these specific boxing classes exhibited improved gait, balance, mobility, and quality of life. The Parkinson Foundation echoes these results. According to them, those who participate in such classes experience improved strength, hand-eye coordination, posture, reaction time, balance, agility, cognitive processing, a stronger voice, and a stronger core which may lead to better gait.

“But wait a minute. How does exercise improve the sound of your voice?”

This is one of the cool things about these classes. As you’re probably already familiar with, people with Parkinson’s often experience a softer voice as time goes on. This can make it difficult for them to be heard when they’re talking.

Parkinson’s boxing classes fight back against this by having the workout train the vocal cords as well. With each strike against the heavy bag, the participant gives out a loud yell.

It’s yet another cool aspect of this type of training.

Exercise is medicine, and it seems to help just about everything that it touches. Parkinson’s disease doesn’t appear to be any different in this regard. While boxing for these individuals is a new take on working out, the initial reports we’re seeing look very promising, and I think we can safely anticipate seeing more great and exciting studies coming out on the subject in the very near future.

Punching back at Parkinson’s disease in Richmond, Virginia

Derrick Grant is founder and editor of Elder Guru, making aging-related information available to professionals and lay people. He began his career as a social worker in a nursing home and has continued to work in the senior services field, including as research analyst at the Office of Elder Services for Maine and a program manager on Medicaid policy.