Home » Food & Drink » Food Finds » Cascara: Coffee Is Coming Out of Its Shell

Cascara: Coffee Is Coming Out of Its Shell 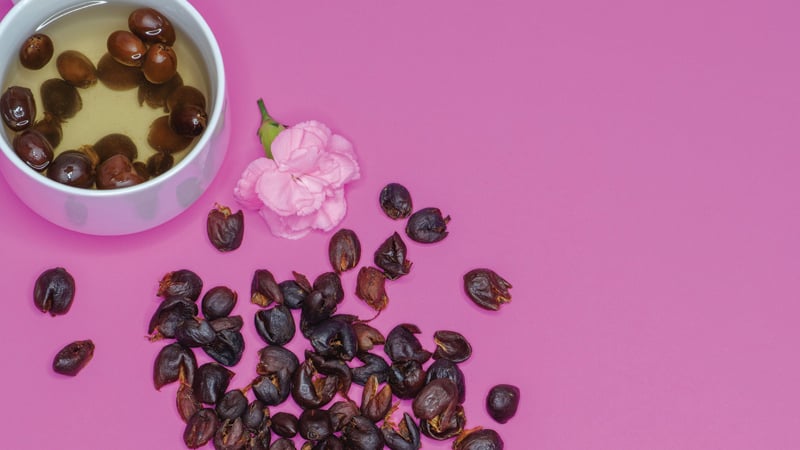 That coffee bean that Americans just can’t get enough of is giving us a peek into its inner workings … by showing us its outer layer. You may have seen cascara splashed on the menu of select esoteric coffee shops or proudly boasted as the hot new thing at your nearby Starbucks (not to be confused with cascara sagrada, the over-the-counter laxative, as coffee shops have yet to dabble in the health-care business).

But what is this enigmatic beverage slowly infiltrating café menus across America?

Long before your cup of coffee was blended with caramel syrup and foamed milk, it grew on a plant with fellow budding beans, encapsulated in something called cascara. Cascara (Spanish for husk) is often referred to as the “coffee cherry.” Though it tastes nothing like the cherry we place atop sundaes and in Manhattans, it often has the same color, size and fleshy consistency. Its foremost job is to protect the coffee bean from outside elements until the bean is fully developed and ready to become a new plant – or be turned into a Frappuccino.

Often the shells are tossed out like a banana peel once their job as the coffee-bean womb is complete. But lately, cascara has been creeping its way up the food chain to prove that it’s more than just a vessel in which to grow and protect baby beans.

RHYMES WITH “MASCARA,” BUT MUCH TASTIER

The consumption of cascara originated in Ethiopia (which is where coffee was discovered, so it’s only fair) with a drink called Qishr (which I cannot tell you how to pronounce). Other countries began to catch on, and now the United States is hopping onto the trend.

The best part? It’s easy to make. In its simplest form, cascara is made drinkable by steeping the dried husks in hot water; if you’re thinking it sounds a lot like the tea-brewing process, it is. In fact, cascara is often referred to as “coffee cherry tea,” but try not to get confused as its flavor resembles neither coffee nor cherries. With floral, tangy, earthy, and fruity flavors, it’s more similar to a tisane or herbal tea. And, although each husk has spent seven to nine months with its own coffee bean, cascara contains very little caffeine.

The other best part? This whole movement eliminates the waste of once permanently discarded coffee husks and turns them into something delicious.

WHERE TO GET YOUR HANDS – AND STRAWS – ON IT

Cascara is still catching on in Richmond, and you may notice it dotting café menus more and more (ask for it if you don’t). It’s even been spotted in beer, such as Ardent’s small-batch red ale with Ironclad Coffee Roasters cascara.

Grab an order from your always-trustworthy friends at Amazon. Or try out Roastology in Chesterfield, where they serve cascara like a tea, in a latté and in retail bags, for some DIY fun. 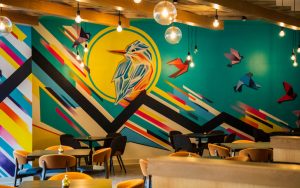