A Fancy Feast for the Eyes 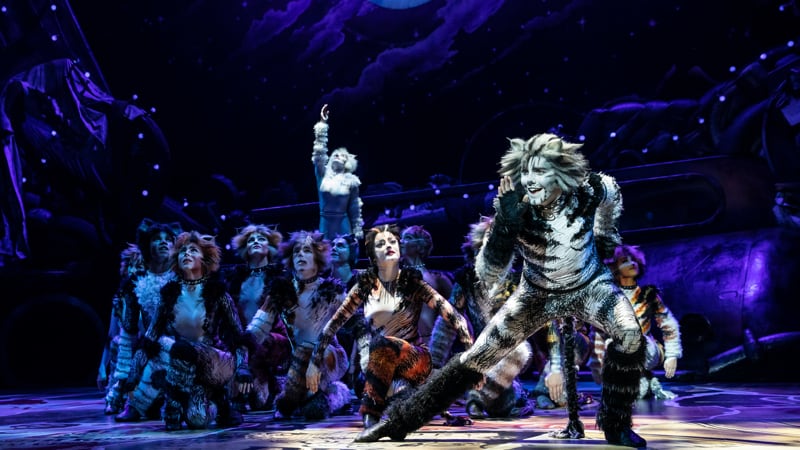 Cats has pounced on Richmond again, another welcome addition to the 2019-2020 Broadway in Richmond season. With flashy costumes, highly energetic dances, memorable music and sparkling sets, the theatrical performance engages and fully captures the senses. Whether you’re a feline lover or not, you may never look at cats the same again.

Although the tale behind these fanciful Jellicle kitties may be difficult to follow, just let yourself be engaged by the spectacle of the amazingly talented performers – in song, dance and instrumentation.

Let yourself be carried away by the familiar songs, such as “Memory,” from Grizabella, and “Magical Mr. Mistoffelees,” from Rum Tum Tugger and Mr. M. himself. Musical numbers display a variety of background, from folk and jazz to anthems and ballads, better showcasing the talent of the creatives, from production to presentation.

And let the performers, in their colorful, slinky-tight costumes and painted faces, turn into four-legged felines in your mind.

Cats opened at the New London Theatre in 1981 and on Broadway in 1982, based on T. S. Eliot’s poetry collection, Old Possum’s Book of Practical Cats. As of 2020, Cats is the fourth-longest-running Broadway show.

If you’ve seen Cats before, you should let the memory live again. If not, don’t let the negative reviews of the movie scare you off – this is a much different creature. Rather than running up a tree, run straight to Altria Theater for the next performance, playing through Feb. 9. See for yourself why this musical seems to have nine lives.

Cats, at Broadway in Richmond