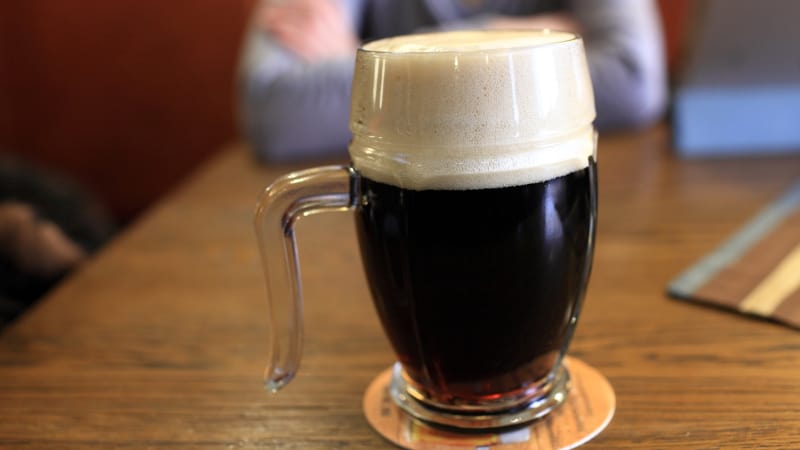 Ardent cellerman and brewer Danny Fain kicked off the action on Aug. 27, using his experience brewing and his training and interest in history. Fain had started with a recipe from The Virginia Housewife, an 1824 cookbook written by Mary Randolph of Tuckahoe, a cousin of John Marshall (on his maternal side, through whom he is also related to Thomas Jefferson). Fain converted the recipe to 21st-century brewing methods and used traditional British ingredients such as Maris Otter pale malt (plus a touch of Caramunich and chocolate malts), East Kent Goldings hops and English Ale yeast. Molasses, a common ingredient in Colonial days (especially in rum) provides the most distinctive addition to the recipe. 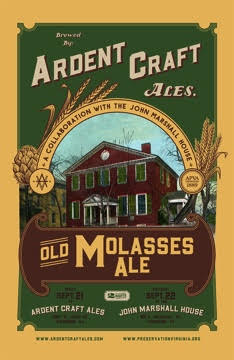 The Old Molasses Ale will be released at the Ardent taproom in Scott’s Addition on Friday, Sept. 21, with representatives of the John Marshall House also on hand. The Caramunich and chocolate malts will contribute rich hues and notes of biscuit, caramel and chocolate to the subtle dark, earthy flavor of molasses. But that’s just a guess. Get a taste for yourself – and move on to any of Ardent’s other beers if that doesn’t tickle your palate!

On Saturday, Sept. 22, the action moves to the historic John Marshall House in Richmond’s Court End neighborhood. John Marshall served on the United States Supreme Court from 1801 till 1835. He is known as the “Great Chief Justice” for his role in creating the modern Supreme Court. Influential decisions such as Marbury v. Madison helped shape the principle of judicial review. Guided tours of his home offer an in-depth look at the formation of American government. Marshall built the house in Richmond’s historic Court End neighborhood in 1790. He lived there for 45 years, until his death.

Besides the Old Molasses Ale and home tours, the event will include presentations by Danny Fain and a demonstration of yeast extraction from a corked bottle. The John Marshall House will be open from 10 a.m.-5 p.m. on Saturday, with presentations in the afternoon:

The yeast extraction demonstration leads to another intriguing aspect of the collaboration. Though not part of the weekend event, the collaborating team and a University of Richmond microbiologist will later pop open a 200-year-old bottle of Madeira (the Portuguese wine was one of Marshall’s favorites) to extract the yeast. (Yeast is a necessary to the production of beer, wine, mead, sake, cider and even liquor, as it’s the ingredient that actually produces the alcohol.) The hope is to create a live culture from the extraction that can be used for a future beer.

“If all goes well and we are able to extract and propagate up these yeast cells,” says Fain, “we plan on using them in future projects such as barrel fermentation and recipe development.”

Timed to coincide with Time Travelers Weekend, during which many museums and historical homes will be open to the public for free, admission to the John Marshall House will likewise be free.