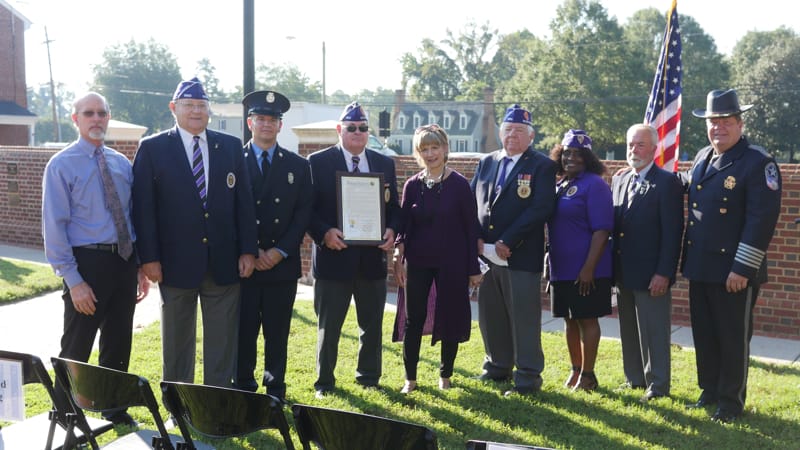 Chesterfield County held a ceremony on Oct. 3 to honor the county’s Purple Heart recipients and recognize its declaration as an official Purple Heart County.

The Purple Heart is a combat decoration, our nation’s oldest military medal. It was created by General George Washington in 1782 as the Badge of Military Merit and first awarded to three soldiers in Newburgh, New York. The Purple Heart medal and recognition are awarded to members of the U.S. armed forces who are wounded by an instrument of war in the hands of the enemy, or posthumously to the next of kin in the name of those who are killed in action or die of wounds received in action.

The Purple Heart Trail, organized by the Military Order of the Purple Heart, creates a symbolic and honorary system of roads, highways, bridges, monuments, states, cities and counties that pay tribute to those men and women who have been awarded the Purple Heart. Virginia became a Purple Heart State in 2016. Chesterfield County joins nearly 1,500 other local governments nationally that have adopted resolutions or proclamations to designate Purple Heart localities.