Christine Martine has run all 20 races – and now she coaches, too 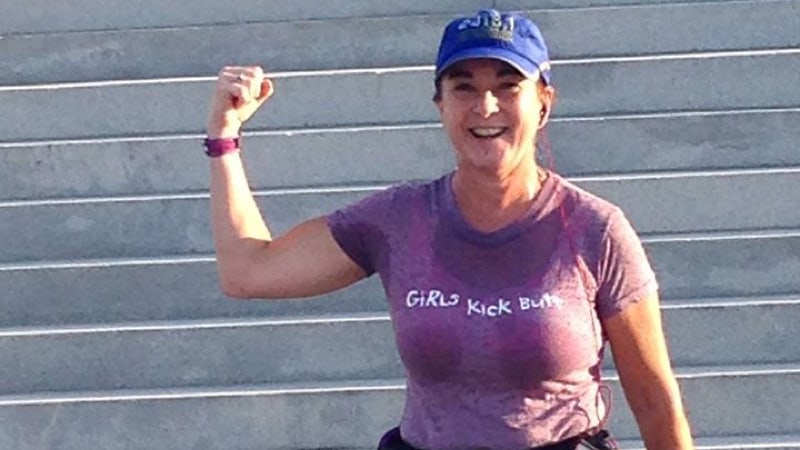 When a friend suggested running the very first Monument Avenue 10k in 2000, Christine Martine and several other friends were all game. Martine had been a sprinter in high school, but she didn’t run her first 5k till after college; this would be her first 10k – 6.2 miles, mostly along Monument Avenue in Richmond, Virginia.

And she kept coming back. Martine is one of only 45 people to have run every Monument Avenue 10k – and since at least 2014, she’s been coaching with the YMCA 10k training team, too, at the Tuckahoe Y.

The 21st Ukrop’s Monument Avenue 10k will be on March 28, 2020. Richmond Sports Backers aims to have 25,000 people registered for the run (with staggered start times, called “waves,” to ensure that the throng is exciting but not overwhelming). The day will also feature a Dress Up and Run costume contest, the Virginia529 one-mile kids run, a 10k Team Incentive Program for the largest registered team, and the Collegiate Running Association national championship. This year’s charity partners are VCU Massey Cancer Center and Kids Run RVA.

The YMCA 10k Training Team, which started in 2002, returns this year, too. Training begins on Saturday, Jan. 18, at 19 locations all around the greater Richmond area. A Sunday training team is available at the Shady Grove Y as well as several stroller-friendly training groups and several locations with child care. The program is open to walkers as well as runners, with weekly group runs, a weekly free day at the Y during the season, coaches for encouragement and guidance – and fellow walkers and runners for added fun and motivation. 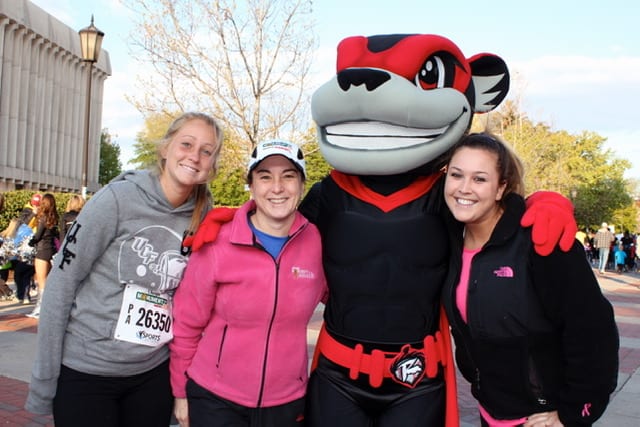 BOOMER talked with Martine about her experience with the annual race and the training team.

BOOMER: What kept you coming back to the Monument Avenue 10k?

Christine Martine: All of my friends. I’ve always been active in sports my entire life, and it was fun. The group of us just kept on running.

BOOMER: What keeps you running?

CM: I started doing 5ks, then right before I turned 50, I was challenged to do a half marathon. I did the training team for the half marathon and just ran my eighth half marathon. I’ve made so many friends, it’s such an active community. I just really enjoy it.

BOOMER: What challenges have you had to overcome in running?

CM: Right before I started running the 10k I tore my ACL, and so when I was rehabbing that, it was really challenging because I’ve always been very active. And the only thing I could do was physical therapy, and so once I was cleared, the first thing I started doing was to go out and build myself back up for running. So I would get out on Monument Avenue and I would run a block, walk a block, run a block. Then I just started gradually building myself back up. I didn’t realize how much I missed running and being active until I couldn’t do it anymore.

I have an autoimmune condition, and this helps me manage my health. As I always say to my friends, I want to manage the disease, not the disease manage me. By running and keeping active; I play tennis, I do classes at the Y; all of that helps me stay on top of my own physical well-being, and my mental well-being.

BOOMER: Do you find it more difficult to exercise regularly as you age?

CM: I’m just in a routine, and so I don’t find it difficult to stay active. I try to mix up what I’m doing. Like typically, once I finish my half marathon training, I’ll cut back on my running in the month of December. ut then I’ll start back up again for the 10k training and then take a little bit of a break after 10k training. But I’m active all year round, between the gym and tennis and running.

BOOMER: Why did you start coaching the 10k?

CM: I had done the 10k training team before, but the friends I was running with started having babies, so we stopped. We were just trying to run on our own. After a couple of years, I was like, ‘I need to get back with the team,’ so I started running with the team. And after a couple of years, I was like, ‘I really need to give something back to community. I’m out here all the time doing this and I enjoy doing this, so let me share that with folks.’ They needed some coaches on our team and I volunteered. I’ve been doing it since at least 2014. 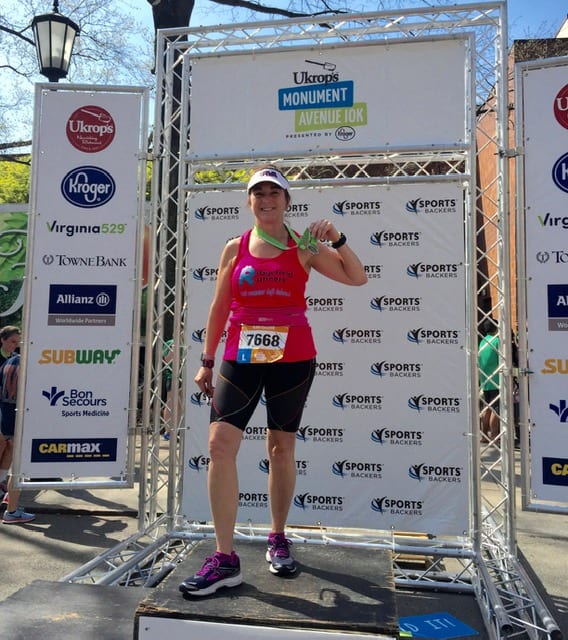 BOOMER: What do you enjoy about coaching the 10k?

CM: I love telling people my story and then actually helping them achieve their goals. There are some folks that have never done more than one or two miles, or maybe a 5k at the most, and when you’re out there running with them and talking to them and encouraging them, and seeing them smile when they accomplish something they’ve never done before, that just makes me feel good, and I hope it makes them feel good as well.

BOOMER: What would you tell someone who says running a 10k isn’t for them?

CM: You don’t know until you try it. I was a sprinter in high school, and I remember to this day the coach would say, ‘Alright, ladies, time to do a two-mile cool-down.’ We would say, ‘Coach! We’re sprinters! We don’t do two miles!’ When I did my first 5k, I was like, ‘Whoa, I can do 3.1!’ And then this was the very first 10k I did.

I always say to people, just start small. With the training team, you build yourself up, you can push yourself. You can find out: What am I capable of doing?

CM: The last several years it’s been the weather, it has been so cold. You’re trying to encourage the folks to come out – ‘You’ll warm up! You don’t know what it’s going to be like on race day. You just challenge yourself.’ So it’s trying to find a way to motivate them to get out there despite the really cold weather.

BOOMER: What tips do you have for a training team first-timer?

CM: Come out, find a group of people that run your pace, walk your pace, jog your pace, whatever it is. We try to break folks down like that. Introduce yourself. Find your happy place, and don’t be discouraged. We all have bad days – don’t let a bad day turn you off from this.

Try to be consistent. It’s hard. We all have lives outside of running, but try to find the time during the day when you can do your training run – but if you miss a training run, don’t worry about it.

BOOMER: What would you say to someone who’s on the fence about joining the team? 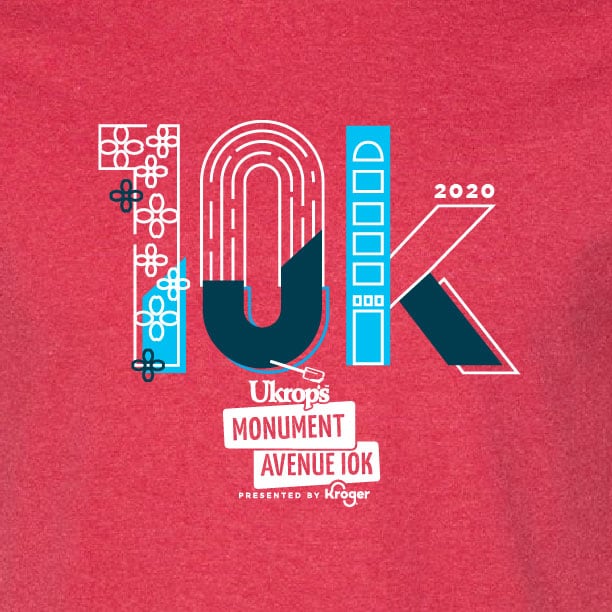 CM: Join! You’d be amazed at the number of friends that I have made – that you can make – through these programs. Some of my best friends now are folks I have met through the 10k training team and half marathon training team, through the active community.

CM: It’s a lot of fun! I get up and I’m so excited. Running on Monument Avenue and seeing the support out there from the community is so amazing. It’s so much fun to see the people in Dress Up and Run, to see the folks on Monument Avenue out there in their bathrobes drinking their coffee or their mimosas, the people in balconies of the row houses cheering you on. It’s just such a fun day, I really enjoy it.

I try to take it all in, but at the same time, I’m very competitive, so I’m always trying to PR.

It’s also nice to get out there and see the people you’ve been training with come in, and cheer them on as well. I invariably run in to somebody I haven’t seen for a year or two. Last year, a friend of mine that we started this whole thing together back in 2000, I hadn’t seen him in a couple of years – I saw him at the finish line and it was so nice to just catch up with him. 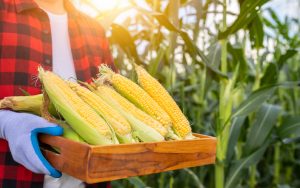 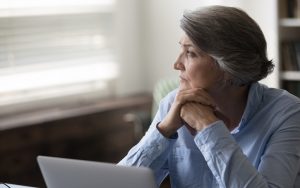