‘A Christmas Story: The Musical’ Review 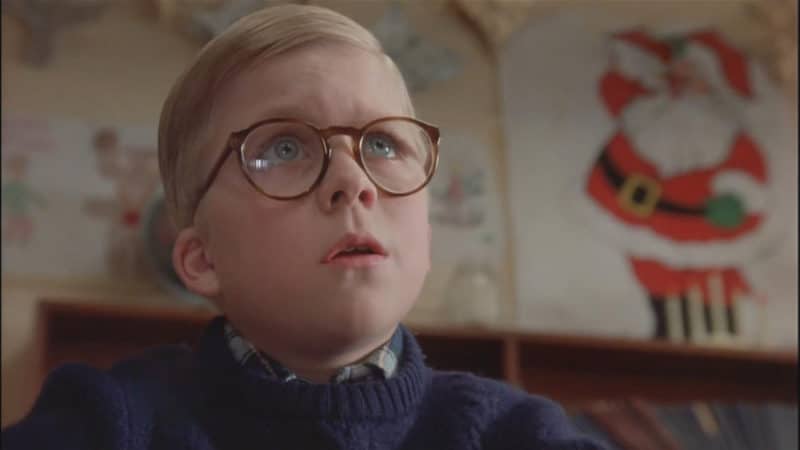 Staging a favorite holiday movie is a risky proposition, like making a movie of a revered book. Can the production meet the audience’s inevitably high expectations? Virginia Repertory Theatre’s production of “A Christmas Story” takes that chance, transferring those lovable, relatable characters to the November Theatre stage through Jan. 1.

As a fan of the TV movie, I was skeptical, but I left the theater with a smile. Instead of merely recreating the story in a different medium, the play – titled “A Christmas Story: The Musical” – adds its own personality, a host of humorous, toe-tapping choreographed songs and an ensemble of winsome performers.

In case you need a reminder, the story, set in Indiana in the 1940s and narrated by grown-up Ralphie Parker (played by Garet Chester in the Virginia Rep play), centers on young Ralphie’s (Brandon McKinney) attempts to convince his parents, his teacher and, of course, Santa Claus that he simply must receive a Red Ryder Carbine-Action 200-Shot Range Model Air Rifle, with a compass in the stock and this thing that tells time for Christmas. His impassioned attempts to communicate his desire are accompanied by his imaginative musings and by the familiar routine of everyday life at home and school.

Two minor discrepancies tugged at my loyalty to the original. The Old Man, Ralphie’s dad (played by Duke Lafoon), seemed younger than his on-screen counterpart. And Randy’s coat lacked the cumbersome bulk to sufficiently communicate the younger brother’s (played by Cole Johnson) whiny complaint, “I can’t put my arms down!”

However, the theatrical twists bolstered my appreciation of the tale tremendously, as did the energetic choreography by Nicole Oberleitner and live music led by Ben Miller – oh, and the appearance of Bumpus’ turkey-stealing hounds, played by Moose and Reba.

While remaining true to the TV tale, the theatrical version explores the characters and themes more deeply. For example, the school kids describe their relations with the bullies, Farkus and Dill (Scott Neely and Raif Winn), in song and dance through “When You’re a Wimp.” The Old Man displays likable personality nuances that don’t come through on TV. “Before The Old Man Comes Home” explores the thoughtful intricacies of family relations while “What a Mother Does” transports us back to a 1940s housewife’s role.

Though the entire cast played their roles well, my heart was swept away by the young actors’ songs and dances, from McKinney’s well-tuned voice to schoolmates’ song and dance, especially their reminder routine, “You’ll Shoot Your Eye Out!”

The set, lights and costume played their roles well, too, blending in to keep our attention on the performances.

The play not only does justice to the TV movie, it does justice to the spirit of the season. You can catch it on most Wednesdays through Sundays till Jan. 1 at the November Theatre, 114 W. Broad St., Richmond. Find details and tickets at the Virginia Repertory Theatre website.