A medical expert weighs in 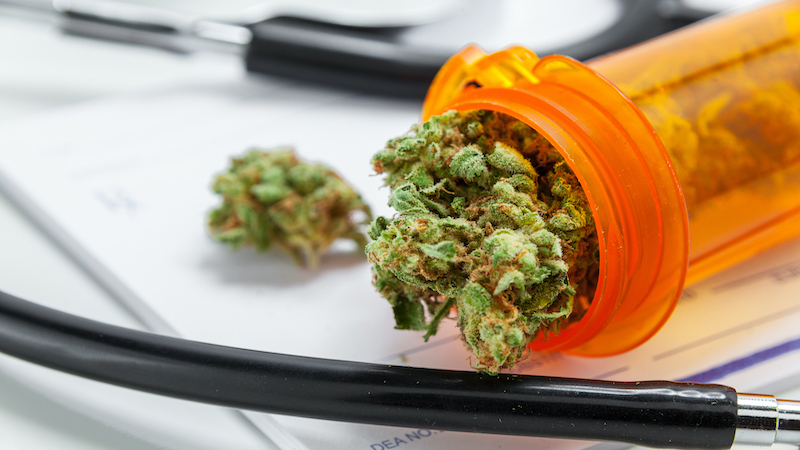 Medical cannabis is currently legal in 37 states and, with Americans overwhelmingly in favor of legal access to medical marijuana, it seems as if this treatment option is returning to the mainstream. Many people aren’t aware that cannabis was a popular treatment in this country in the late 1800s and early 1900s – commonly dispensed by doctors – and that the American Medical Association was one of the strongest voices testifying against prohibiting it in 1937.

I’ve been aware of the ability of medical cannabis to alleviate suffering since I watched my brother Danny use it during his unsuccessful battle with leukemia. Cannabis was the only thing that allowed him to keep down food during chemotherapy. Now, decades later, I am a physician who certifies patients that qualify for medical cannabis in Massachusetts. People often have questions about its safety and its proper use, and these are often the same considerations I have before certifying patients.

Answers to 4 questions about medical cannabis

As with nearly everything else about cannabis, how safe or dangerous it is remains hotly debated. As a primary care doctor, I have to ask myself: is cannabis safer than the alternatives I would be prescribing? For example, if I’m treating a patient for chronic pain, is cannabis safer than opiates? Medication risks must be balanced against the safety concerns of cannabis; the main ones are as follows:

Cannabis should be used with extreme caution – if not avoided altogether – in patients with a history (or potentially a family history) of the problems listed above, such as psychosis, substance misuse, or cardiac arrythmias.

As I frequently tell patients, if you read the warning labels of any medications that are commonly prescribed, each and every one has potential side effects, some serious. There is truly no free lunch with medication, including medical cannabis; however, with good education and with legal regulation (which leads to a safer product), many of the above harms can be avoided or minimized. For example, many of the harms are dosage-related, so I always remind patients to “start low and go slow,” meaning keep the doses as low as possible for the desired effect.

2.  How can I consume cannabis?

Cannabis can be consumed in a variety of ways: by inhalation, with a tincture under the tongue, as an edible, or as a topical lotion. The advantages of consuming cannabis by inhalation, either by smoking or by vaporizing dried flower with a machine that heats it up, are rapid onset and easier titration of dosage. The disadvantages are that it can irritate the lungs, causing chronic bronchitis, and the therapeutic effect only lasts a few hours, so one has to redose frequently.

In many places cannabis combustion is simply not allowed, such as in public housing. The pros of using an edible are that you don’t have to inhale anything, and the therapeutic benefit can last for up to eight hours, but finding the correct dose is much trickier: it usually takes an hour or two for an edible to start working after consumption, so you truly have to start low and go slow to avoid taking too much!

A tincture is a liquid formulation that can be put under the tongue for quicker absorption; its mode of action and duration are in between inhalation and edibles: perhaps 30 minutes to take effect, with a duration of about four hours.

Topicals are just what they sound like: creams and lotions to rub on painful, inflamed, or itchy areas. There are very few safety concerns with topical preparations.

In many cases, the answer to this is: only if you want to, unless the dosage you need is quite high. The doses needed for medical purposes are often significantly lower than what is used recreationally. Today, with a regulated cannabis market, there is much more choice about different strains or ‘chemovars’ of cannabis – it used to be that medical patients only had access to whatever the dealer happened to have.

These days, people can avoid highly sedating strains, as well as strains that are extremely high in the main intoxicant, THC. Also, patients develop a tolerance to the psychoactive effects of cannabis, so a medical patient using a small dose of cannabis twice a day would be markedly less impaired than a more recreational cannabis user who uses a high dose, say, once a month. They still shouldn’t drive when using this medicine, but they do report being quite functional.

Cannabis is not legal if you are not living in a state where it has been legalized for medical usage, but it is now legal on the state level in the majority of states. Some states have gone partway and have legalized CBD only, or low-THC cannabis formulations. It is important to remember that cannabis is still illegal on the federal level, meaning that it is illegal to fly with it and to cross state borders with it – even if you are crossing between two states that have legalized it.

There can also be implications for your employment if your workplace does drug screens – a medical cannabis card won’t always protect you. Many hospitals, even in legal states, do not permit you to bring it into the building, as they receive federal funding that could be at risk if they are perceived as sanctioning medical cannabis use.

I am optimistic that, as a society, we will continue to make progress on the medical cannabis issue, so that the millions of patients who receive relief from medical cannabis can do so without stigma, judgment, and legal jeopardy, and so that medical research can be performed in a free and unrestricted way. In this way, our knowledge of both the benefits and the harms of cannabis can continue to progress.

Still hesitant? Maybe CDB is right for you

Peter Grinspoon, M.D., practices as a primary care physician at an inner-city clinic in Boston and is on staff at Massachusetts General Hospital. He teaches medicine at Harvard Medical School and is a contributor to Harvard Health Publications.