Caregivers for the hearts of the caregivers 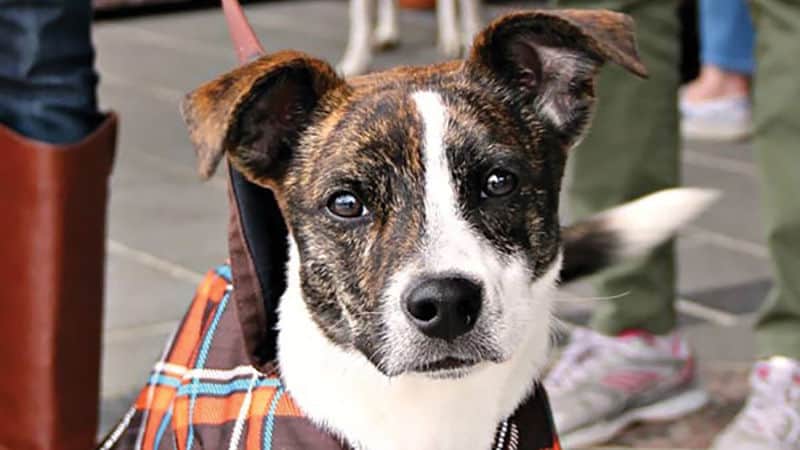 Not everyone grows up anticipating becoming a caregiver. Some say that women are more prepared for that eventuality than men. I don’t know whether that generalization is true, but I do know that my wife, Sandi, has a wonderful capacity for looking after loved ones. During the past 15 years she’s managed to help her mom and both of our dads along the last mile. I stand in awe of her courage and tenderness.

The latest parent to face his own mortality was my father-in-law, Charlie. He had worked most of his adult life in the gritty steel mills of Ohio. Before that he served in both the Army and the Navy during the Korean War.

A HERO FOR A HERO

In his late 70s, Charlie was diagnosed with lung cancer. In due course we all agreed he was better off living with us, and thus we became caregivers and companions. Nonetheless, it was obvious that my father-in-law was lonely, having lost his wife some years earlier. My wife decided that adopting a dog as a Christmas gift for Charlie was just the boost his morale needed.

Enter Hero, a little terrier we met begging for dog adoption. My wife made a beeline for Hero on first glance, adopted him that very day, and we were able to present him to Charlie during the holiday season. After that, Hero was Charlie’s constant companion, even sleeping in his recliner with him.

Charlie’s cancer was terminal, and he passed peacefully at the VA Palliative Care unit. In deep mourning, the one thing my wife had of her dad was little Hero. He became her companion and in his own way her caregiver.

Several months after Charlie’s passing, we noticed that Hero had stopped eating. As symptoms worsened, our veterinarian recommended a series of tests. We were shocked to find out that, like Charlie, and in a cruel irony, Hero was suffering from lung cancer. We had to let him go. It was extremely difficult, and my wife had lost the very support system she needed.

I suggested we adopt again right away, but Sandi was having none of it. I secretly began researching potential adoptees on the internet. One day, there he was. Staring directly into the camera was a little terrier that looked much like Hero. I was taken aback to see that his name was Skippy, the name of my first dog when I was 8 years old. Hard not to take that as a sign.

My challenge was convincing Sandi to visit with Skippy at a dog adoption agency event at a local pet store. Agreeing that she would stay in the car, I finally got her over to the store one Saturday morning. Upon arrival I asked the attendants, “Is Skippy here?” Out he came, a beautiful little brindle terrier mix with a sweet personality. As I approached him, he did that dog bow as if to say, “Pleased to meet you.”

I must admit I was smitten and, risking my wife’s disapproval, I walked Skippy to our car. As I approached, I saw that Sandi was crying. While initially resisting she finally came out of the car and began to cuddle the little terrier. I looked at her to determine her interest in taking him home. With tears in her eyes she simply nodded. He was ours later that very day.

Now we have our second little hero in our lives. He’s a hero in that he helped heal our hearts. His boundless, unconditional love made us remember Hero and his ability as a caregiver in the very best way possible. Our grief turned to reflection and love. And my wife was once again able to share her loving and caring nature with a very special addition to our family. Hero would be proud.

Phil Perkins is a writer, business owner and musician who lives in Richmond and Hilton Head Island, South Carolina, with his wife, Sandi, and two pups named Skippy and Jeter. He is the author of several business books and two novellas about a legendary surfer in the 1960s.