The value of humor 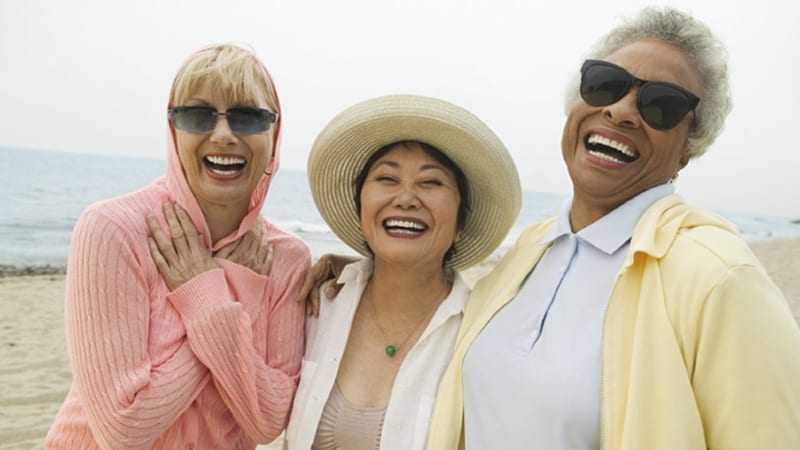 Of all the traits I learned from my mother, I value a sense of humor the most. Mother had a storehouse of jokes and loved to tell funny anecdotes. She followed Erma Bombeck’s column religiously and would read the highlights aloud to the rest of the family, between gasps of laughter. Our TV was tuned weekly to such classics as The Dick Van Dyke Show, Laugh-In, All in the Family, The Mary Tyler Moore Show and The Carol Burnett Show.

One of my favorite anecdotes was of the time she marched into her credit union to dispute a transaction, gave them what-for and strode confidently back to the car having achieved her goal. Her confidence turned to embarrassment when she saw one lens of her sunglasses on the seat of the car. She realized she had been wearing single-lens sunglasses the entire time.

She didn’t have to tell us that anecdote, but she valued the laughter and knew the tale didn’t diminish her worth.

One of my favorite comedians, Carol Burnett, has a similar story. As a young, up-and-coming actress, she had the opportunity on a movie set to meet her longtime hero, Jimmy Stewart. Nervous and star-struck, she turned away from the brief and warm encounter and stepped off of the two-foot-high platform right into a bucket of whitewash. Hoping they’d think she had done that for a laugh, she recalls: “I proceeded to drag that bucket, my right foot still in it, clear across the soundstage, about five miles. The whitewash was squishing away in my ruined shoe, making gurgling sounds accompanied by the scrape of the bottom of the bucket on the floor. Squish … gurgle … scrape. Squish … gurgle … scrape.”

Much like my mom’s, my humor tends to be rather dry – sometimes so dry that it eludes those around me like sand through loose floorboards or jet fumes overhead (or at least that’s what I like to tell myself). I enjoy the astute observations of Mitch Hedberg (“I have no problem not listening to The Temptations, which is weird”) or Steven Wright’s dead-pan remarks (“Everywhere is within walking distance if you have time”).

As a wordsmith, I can’t get enough of puns and grammar jokes (“The future, the present and the past walked into a bar. Things got a little tense”). I laughed and cringed at Jay Leno’s Monday “Headlines” (like this genuine headline: “Homicide victims rarely talk to police”). I giggle over Richard Lederer’s reports on the misuse of English (this one from the classroom, “Teacher, please excuse Mary for being absent. She was sick and I had her shot. Mary’s Mom”).

My brother and sister, Chip and Susie, inherited the gene, too, sprinkling humor liberally into family gatherings. Chip even broke out in song when regaining consciousness after a major surgery, regaling the ICU with lyrics from Monty Python’s The Meaning of Life.

I’m pleased that my kids also take humor seriously. Brian has participated at Richmond’s ComedySportz, Rachel at the Coalition Theater, and both contribute regularly to The Peedmont (“Virginia’s Most Trusted Satirical News Source,” like The Onion peeled to a local layer). Daniel possesses an equally quick wit and dry sense of humor.

Virtue by no means requires a sense of humor. Indeed, humor can be abused through disparaging jokes or misdirected sarcasm. But the benefits of laughter can reach beyond the fun it adds to our lives.

Humor acts as a social lubricant. Some studies find that laughter aids in maintaining health and in healing. It combats stress and helps us cope with unsettling situations

Used carefully, humor can improve communication. In interpersonal discussions, it can diffuse tensions, as long as all participants understand that the humor doesn’t downplay serious matters under discussion. Through humor, stand-up comedians and speakers can make points that listeners might not otherwise be open to. After all, if an audience is laughing, they’re listening – and more relaxed and engaged.

In contemporary times, political humor sends a message while soothing those who are anxious – as if to say, “You’re neither alone nor off base.” Josie Long, British comedian, addresses the obvious: “Politics can leave you beleaguered, plagued, miserable. It’s that maxim where they say, ‘Satire is to afflict the comfortable and comfort the afflicted.’”

Even businesses have found that appropriate humor and positive fun can help employee morale and customer relations.

In guiding the editorial at BOOMER, I try to include levity as well as informative content: as in the regular “Close to Home” column (from the incomparable Randy Fitzgerald), our calendar (kudos to Rachel Marsh), this issue’s “Richmond Bumper Sticker Wars” (thanks, Steve Cook) and other random guffaws (even in unexpected places).

I hope you find laughs and smiles in every issue of BOOMER. It would make my mother proud! 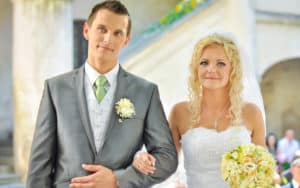 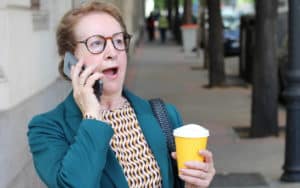 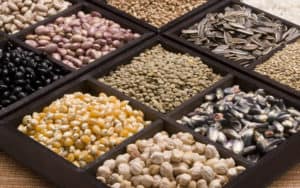