Editor's Letter: Of Puppies and Pandemics 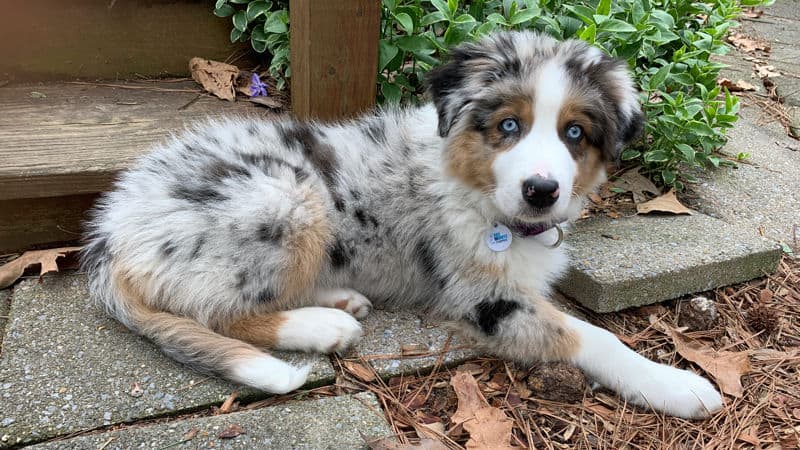 This is an exceptional time to be a dog. A cat? Depends.

Early in the stay-home period, BOOMER asked its Facebook followers how their pets were reacting to the change.

“Two of my three cats are delighted that I’m around all the time; the better to commandeer my lap for their sleeping purposes,” replied John Stoner. “The third is happy that I’m here so he can come from the other side of the house and gaze disapprovingly at the two cats in my lap, where he’d like to be.”

“I’m certain the cats are asking themselves, ‘Why … is he still here?’” said Tony Witrien.

Rene Melton replied unequivocally, “My dog is loving having her humans at home with her all day!”

DOG HUMOR IN THE TIME OF THE CORONAVIRUS

The situation has given rise to a variety of amusing takes.

On YouTube, Cooper the dog lip-synced a new song to the melody of Gloria Gaynor’s “I Will Survive”:

At first I was afraid – I was petrified.

I didn’t get why Mom was suddenly always inside …

My daily naps were now cut short, and sneaking on your bed was done,

No more barking at the mailman – what’s a dog to do for fun?

We played fetch for seven hours in the backyard in the sun,

I get belly rubs and treats, I never have to hold my pee.

I don’t know what a pandemic is, but it sure is good for me!

In another viral video, Pluto the schnauzer offered tips from the four-leggeds to the two-leggeds. “We like to just chill out at home, and we curl up and wander around and play with a tennis ball – there’s a lot that you can do,” Pluto advised. He concluded, “You all be good to each other and practice social distancing. You shouldn’t sniff other people’s … crotches until this whole thing is over.”

Peaches the pooch (as penned by Evan Waite in The New Yorker) had a different take:

I cherish your kibbles and I know that you wuv me. But you have to stop petting me every two seconds. I like snuggle time as much as the next pooch, but it’s starting to feel a little desperate. My snout is raw and I’m getting a callous on my tum-tum …

I used to think that I missed you when you left for the day, but now I see how good I had it. I would bark at squirrels for hours! But now, the second I step foot in the bathroom to slurp toilet water, you’re right there with a rolled-up newspaper, giving me dirty looks.

Do you have any idea how demeaning it is to get snout-smacked by a guy with his sweatpants on backward?

At just four months of age, my puppy, Newt, must believe that I always spend most of my time at home. The situation seems to suit him well. We’ve been near-constant companions (and will both have a hard time re-adjusting). Housebreaking has been flawless and other training as smooth as the fur on his fluffy neck.

When I’m focused on work, he’s typically either napping (growing this fast is hard work!) or entertaining himself with Porky Puffs or Kong toys. He hangs out with me on the back porch while I work and he patrols for squirrels and flying insects. Newt has learned to “help” me weed, especially the abundant honeysuckle vines I’m purging from my yard.

It’s not all kibbles and cream. So much for my resolutions to socialize him, to take him to public places and have visitors to the house. On the other hand, he won’t expect that everyone wants to pet him whenever we go out (with his happy, adorable face, that would otherwise be the case!). We’ll flex, though – given his friendly nature and early experiences, paired with intentional training when this is all over, he’ll recover.

So far, I’m fortunate to have been merely inconvenienced during this pandemic. I’ve experienced a benefit as well. Can you tell? It’s a good time to become smitten.

For a more serious perspective on the crisis, go to BoomerMagazine.com/From-the-Editor-Island. 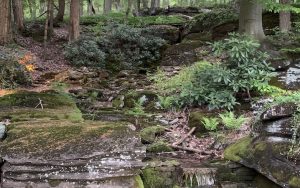