The End of Life

Facing the final days – for yourself or a loved one, in advance or in the midst 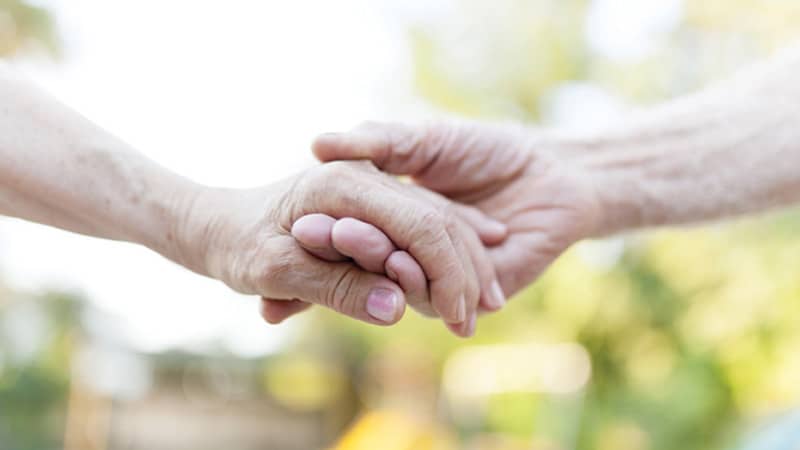 When my father-in-law passed away this summer, his coffin was driven to the cemetery in the back of his black and white 1971 Chevy Custom10 pickup truck. He had driven it in Shriner parades, and it was his pride and joy. Taking that one last ride was part of a plan that he had made years ago with Bennett Funeral Homes, and it made us smile in the midst of our sadness.

Unlike most people, “Pop” had planned ahead for how he wanted his burial and funeral. Knowing that we were doing what he wanted made it much easier for our family to take care of everything.

While boomers are still healthy, long before death becomes imminent, there are many opportunities to plan for the end of life, steps that can make managing death and dying easier for everyone involved.

THE IMPORTANCE OF ADVANCE-CARE PLANS

Robin Cummings, director of Honoring Choices Virginia, said it’s important for anyone over age 18 to have an advance-care plan. It creates a guiding document for emergency situations that spells out who you want to speak on your behalf if you are unable to communicate. It also outlines what kind of medical intervention you want and don’t want if death is imminent.

Whether you complete an advance-care planning form or not, Cummings said, it’s important to talk to all your loved ones to make sure that everyone is on the same page to avoid strife and uncertainty if there is an emergency.

Honoring Choices Virginia is an initiative of the Richmond Academy of Medicine in collaboration with VCU Health, HCA Virginia and Bon Secours Richmond Health System (HonoringChoices-VA.org). The nonprofit provides training for staff at the partnering facilities and puts individuals in touch with facilitators for free individual counseling sessions.

When the end of life is near, terminally ill patients may enter a hospice program if they are not expected to live more than six months. A team of doctors, nurses, social workers, dietitians, chaplains, grief and bereavement counselors, and others provide a holistic approach to help make patients as comfortable as possible and to support a natural dying process, according to Kristen Emerson, a bereavement counselor with Bon Secours Hospice.

Available through dozens of programs in Virginia, hospice is usually offered in the patient’s home and is covered under Medicare and some health insurance policies. It differs from palliative care, which also offers comfort and support but may be offered sooner and curative treatments may continue.

“End-of-life care is a big event for the individual and family,” Emerson said. “It can be overwhelming, and hospice will help educate the caregiver, simplify the patient’s needs and provide emotional and spiritual support for the entire family.”

Counseling service and support for the family continues for a year after a patient dies.

According to Pete Shrock, co-founder of Legacy Navigator, planning your final arrangements removes some of the uncertainty for loved ones left behind. “Families can focus their stress on grieving, not on circumstantial things,” he said. “It helps families to grieve and heal in a less volatile, turbulent environment.”

Andrew Morehead, funeral director at Bennett Funeral Homes, said, “It’s a gift to the family to get [funeral plans] written down and relieve them of that burden.”

Morehead said personalization also helps with healing. He recalled that some people have brought in a motorcycle, some have been buried with a fishing pole, and one man was buried with turkey beards – trophies from his hunting trips.

Taking care of arrangements in advance is important because grieving affects your thought process, he said. Planning gives families time to clearly and rationally consider their options in advance, he said. “It takes the impulse out of it.”

Planning can include gathering information for the death certificate and obituary and deciding on the type of burial desired – traditional casket and cemetery burial, cremation or a combination of casket and cremation. People may also choose the casket or urn.

Green burials, where the deceased is shrouded or placed in a biodegradable coffin and buried directly in the ground to decompose naturally, are also an option in a few areas of Virginia. Others might choose to donate their bodies to science.

People may also specify the type of service they want, the location, the music, the readings, etc. Morehead noted that funeral services are trending more toward informal gatherings with no sermon or organ music. Sometimes families have informal sharing time in the parlor, and some have a facilitator who keeps the conversation flowing, he said.

According to Jenny Moss, community outreach director for Bliley’s Funeral Homes, it’s important for families to participate in the funeral process with hands-on experiences to grasp the finality of death.

In addition to pall bearing and shoveling dirt on the coffin, there are many other things families can do to participate, Moss said. For instance, a Harley-Davidson biker group once carried the casket of a member to the cemetery on a sidecar. One family did shots of bourbon around the coffin, and others have brought their own containers to cremations.

“It’s not your grandfather’s funeral. You can put your own spin on it,” she said.

At Bliley’s Cremation Center, families can be present during the cremation process, a tradition that is important for some religions and cultures. Moss noted that cremations are on the rise, and the next of kin must agree to it if it has not been specified in advance.

The final disposition of ashes can be done in many creative ways. For instance, they can be incorporated into jewelry, made into ink for tattooing, buried at sea as part of underwater reef systems, even shot into space.

“Dying is the one guarantee we have in life. Don’t be scared to talk about it,” Shrock said. Before talking with your family, he recommends setting up an environment that’s conducive to the seriousness of the conversation, like a sit-down dinner. “Let them know that the conversation is important to you and that you want them to know what you want,” he said. Topics might include burial wishes, medical directives, wills and other legal documents, money and assets.

It’s also important to tune in to how the conversation is affecting them, he said. “Give them time to think about it and follow up later.”

In the past two years, Paula Neely has experienced the near-death of her husband, the unexpected death of her mother-in-law, the death of her father-in-law, following one day in hospice, and the loss of a lifelong friend. She values the willingness of her family to discuss and prepare for future crises and deaths.