Concerned for his safety, she hopes he’s going through a phase 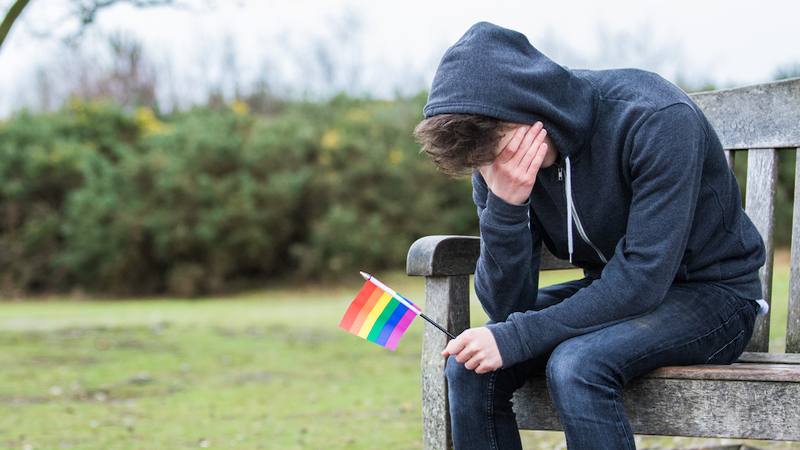 After he wears a gown to his prom, “Devastated Grandma” is concerned for the safety of her gay grandson and hopes he’s going through a phase. See what advice columnist Amy Dickinson says in this edition of “Ask Amy.”

Dear Amy: I have one son and two grandsons.

The older grandson, age 17, appeared at his prom wearing a full-length purple gown with nail polish to match.

I privately told my son (his father) that I was concerned for my grandson’s safety, as he would be a target if he is so flamboyant.

My son became very defensive and said that people can love who they want, and that society needs to get used to it. I agree. But there are people out there who don’t like this “in your face” behavior.

I have not mentioned this again. I don’t want to alienate my son or my grandson, but the prospect of having a LGBTQ grandson makes me sick.

My gay grandson spends most of his time alone in his room and is very sullen. His maternal grandfather committed suicide last year, so I am concerned about the mental health of the entire family.

They are receiving counseling individually and as a family.

Can I do anything other than cry myself to sleep?

Could this be a phase, or will he always be like this?

I have a blunt question for you: Are you going through a phase, or will you always be like this?

I hope it’s a phase.

Yes, you worry. Yes, you fret. But the role of a grandparent is actually so simple: All you have to do is to love your grandchildren – exactly as they are, exactly as they present to you; through phases, representations, or revelations – and through whatever joys or challenges they encounter.

Can you imagine the impact on this family if you just simply loved and accepted all of them, no matter what?

You might not understand why your grandson would make the choice to go to the prom wearing what sounds like an amazing outfit. But that sullen teenager left his bedroom, got dolled-up, and took himself to the prom!

(I wish I’d had an ounce of that kind of courage at his age.)

Furthermore, his father is his ally! Give yourself credit for raising a man who is a good parent.

This family is receiving professional support (another very wise choice).

Your only job here is to find a way around your own fears, and to relieve yourself of the burden to judge this family – and instead to love all of them, just as they are.

In the tradition of the great personal advice columnists, Chicago Tribune’s Amy Dickinson is a plainspoken straight shooter who relates to readers of all ages. She answers personal questions by addressing issues from both her head and her heart – ranging from a grandmother struggling with having a gay grandson to DNA surprises. A solid reporter, Dickinson researches her topics to provide readers with informed opinions and answers. Ask Amy, P.O. Box 194, Freeville, NY 13068