A humorous look at the many ways creatures greet – including politicians 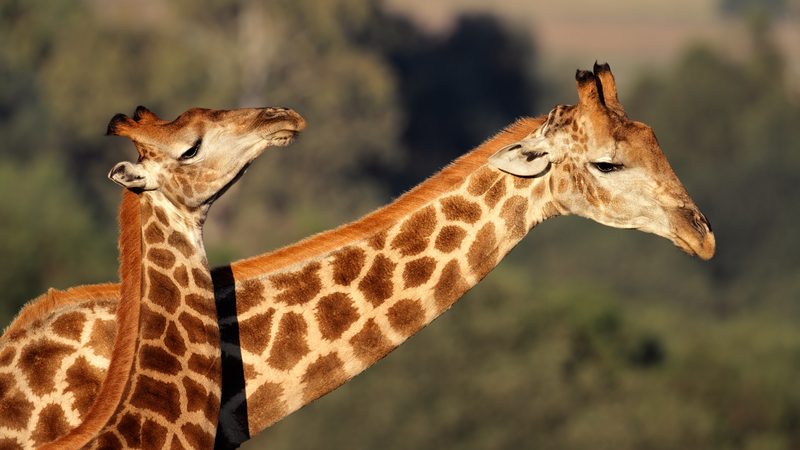 Writer Nick Thomas give a tongue-in-cheek look at the many ways that animals greet each other, in welcome and warning, from giraffes to politicians and other primates.

Within the animal kingdom, ways of greeting members of one’s own species vary considerably. For instance, wild dolphins welcome their pals using unique whistle signatures in order to recognize one another. Lions and other large cats generally rub their heads and bodies together.

Fortunately, humans are generally more reserved when they greet. I doubt entwining your trunks with a stranger’s would be appreciated during an initial meeting.

So humans have kept the whole meet-and-greet thing pretty basic and non-threatening – a simple handshake will normally suffice. However, even before the COVID scourge, some people were not fond of this accepted practice. The thought of a gazillion bacteria and viruses hitching a ride on our skin during a handshake remains unsettling for some.

Possessing actual hands is rare amongst animals. While it might be appropriate for giraffes to give each other a high-five, the use of that appendage is restricted in nature. Not so for other primates, of course, and some such as chimpanzees do greet by touching hands, although they rarely reach for antiseptic wipes.

Clearly, there is a biological component associated with greeting rituals since it is so widespread amongst animals. But in the case of humans, when you really think about it, handshaking is a rather odd custom. How did it begin?

The origin possibly dates from Roman times when men carried daggers and similar weaponry for protection as they traveled the long, lonely roads. Upon meeting a stranger, it’s plausible travelers may have reached for their daggers and brandished them as a warning to potential assailants. However, once it was established that the new acquaintance posed no threat, blades would be re-sheathed and open hands extended to demonstrate friendship. Gripping hands eventually became a universal greeting ritual between humans.

As uncomfortable as handshaking is for some, it’s preferable to less sanitary greetings displayed in the animal world – canine tailgating obviously comes to mind.

Some mammals, too, are clearly in need of salutation etiquette lessons. When two hippos meet, they may display aggressive and territorial behavior by hurling excrement at their rival.

If this practice sounds somewhat familiar, it should. You may have observed it in human society, particularly by opponents during another odd human ritual known as “political campaigning.”