Growing Up, Becoming a Man

Writer Robert Koehler reflects on self-determinism and growing up 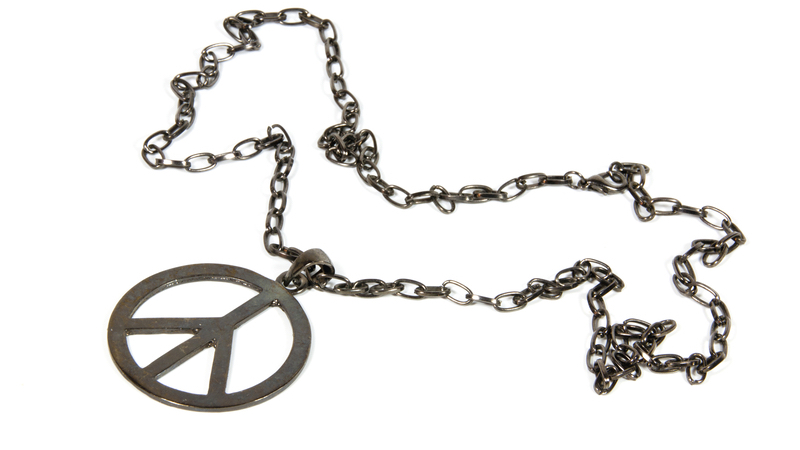 From his teen years to young adulthood, writer and baby boomer Robert Koehler reflects on self-determinism and growing up.

I’ve made my own choices along the path of life – spiritual, mental, physical. I declared myself a non-believer in my parents’ religion at age 16. I’d just read the book “Exodus,” by Leon Uris, and couldn’t tolerate the church’s teaching that all non-believers, including all Jews, were going to hell.

Bye bye, church on Sunday. My mother was devastated, but we slowly came to terms with one another. On a family vacation that summer, as we were driving on the Chicago Skyway, the radio announced a tornado warning. Mom later wrote a published essay that ended thus: “Three Christians and one agnostic prayed.”

In other words, we found a space beyond life’s cultural certainties to reconnect. We loved each other; that’s what mattered. This transcended all the proclaimed certainties of religion. I’ve been exploring this realm – the Great Beyond, you might say – ever since. The final paper I wrote in high school, my “senior paper,” was titled “Is a Man’s Mind His Own?” My primary references were George Orwell’s “Nineteen Eighty-Four” and Aldous Huxley’s “Brave New World.” Yes, I decided, staring directly into the flabbergasted eyes of Big Brother, I am the final determiner of what I believe, what I value.

This doesn’t mean things were easy – just the opposite. This was the mid-’60s. Social change was beginning to percolate and I was mostly naive, mostly in sync with White America: the status quo of the time. It wasn’t so much that I believed in it as that I was only slowly coming to notice it. My parents were Eisenhower Republicans. I had been gung-ho for Nixon in the 1960 election. But the civil rights movement began penetrating the news I read (beyond the sports pages, which wasn’t much). Hmmm. Where did I stand?

As I shuffled off to college, the Vietnam war was revving up. As a college student, yeah, I was exempt from the draft, but mostly my focus was on personal matters: Yikes, calculus! What career am I going to have? That girl who works in the cafeteria is so-o-o pretty! But the larger world did begin to slowly penetrate my awareness. I attended official, professorial debates about the war. I also, by the end of my sophomore year, decided to stop cutting my hair.

By 1967 I had moved off campus – a big first! In essence, I had just entered – so it seemed – a parallel universe, which was very much under construction. I could be one of the creators. Marijuana? OK, I’ll try it. I still remember smoking that first joint. Will I get high? Suddenly I was hungry. We made toast, buttered it and then, oh, I remember this so vividly, I began spreading grape jelly and my life changed. Jewels of grape jelly! It was unbelievable. And then, that fall, a bunch of friends and I went to the first march on the Pentagon.

It was all connected, right? I remember strolling across the grounds of the Pentagon and suddenly a group of soldiers charged toward us. I got bonked in the head with a rifle butt. Ah, my red badge of courage. My friends and I eventually decided not to get arrested; we walked back to the guy’s apartment where we were staying, drove back to Michigan the next day. And then I dropped out of school.

Is a man’s mind his own? Yeah, definitely, or so I thought. This was the late ’60s and the hippies were changing the world. I was now vulnerable to the draft, but I didn’t care. I had bigger matters to deal with, like painting a Bible verse across the side of my Volkswagen bus: “Let the day’s own troubles be sufficient for the day.”

More Robert C. Koehler on growing up and growing old

Yes, this was my illusion of the moment. I thought I was involved in creating, you know, peace. A bunch of us drove across the country to San Francisco – to the Haight, of course. But eventually the Army started coming after me and I wound up hitchhiking back to Kalamazoo, my college town, where I sought the help of a draft counselor (and friend). Things got rather strange. On her advice, I wrote a letter to my local draft board, requesting an in-person visit, which was granted. What I did was write a paragraph-long life philosophy, mostly quoting Fyodor Dostoevsky. I declared that I was Raskolnikov. The draft board guys told me I needed to see a psychiatrist.

And instead of getting arrested and going to jail for my beliefs, I wound up getting a 2-S, a temporary deferment. I was relieved at the time, but later began feeling guilty – not that I hadn’t joined the Army, endured basic training and then gone off and killed some Vietnamese, but that I hadn’t taken a clear, definite stand and endured the consequences. What was looming, I started to fathom, was this manhood thing. Some line needs to be crossed. I could feel this need.

I remained in a state of uncertainty for a number of years. I went back to school, got my bachelor’s degree (no big deal). I started shifting my belief system in certain ways – I started washing dishes on a regular basis, for instance. I found work painting houses, driving a taxi. Eventually I got a job at a small-town newspaper. In other words, I started growing up. I got married. But I nonetheless felt a vague, looming need to …

What? What is needed for growing up?

I toss this question out into the world because I think it’s unavoidable, and related to such matters as young-male gun violence, not to mention ongoing war. There’s an aching male need to move from childhood to manhood, not in some ho-hum, automatic way (you know, getting older), but with purpose, with deep belief and effort.

At this point in my life, the environmental movement had gained cultural footing, emerging in the wake of the civil rights, anti-war and women’s rights movements. I was a big-city boy, but my wife and I felt pulled into environmentalism. I had none of the needed skills, but I was committed to learning. A religion professor at my now former college, who had grown up as a South Dakota farm boy, started something he called the School of Homesteading. My wife and I became part of it. We lived there for a year.

This was in rural, southwestern Michigan, where winters are often bitter. The small house in which we lived had only a wood stove as its source of heat. I cut the wood. This was my choice and it felt immensely right. January, February, March …

We survived the winter – the first of four – on wood heat. I decided that this was my passage into manhood. I had chosen it myself.

Robert Koehler is an award-winning, Chicago-based journalist and nationally syndicated writer. His book, “Courage Grows Strong at the Wound,” is still available. Contact him at koehlercw@gmail.com, visit his website at commonwonders.com or listen to him at Voices of Peace radio.