Reflections on Aging and Life: Growing old in the newborn universe 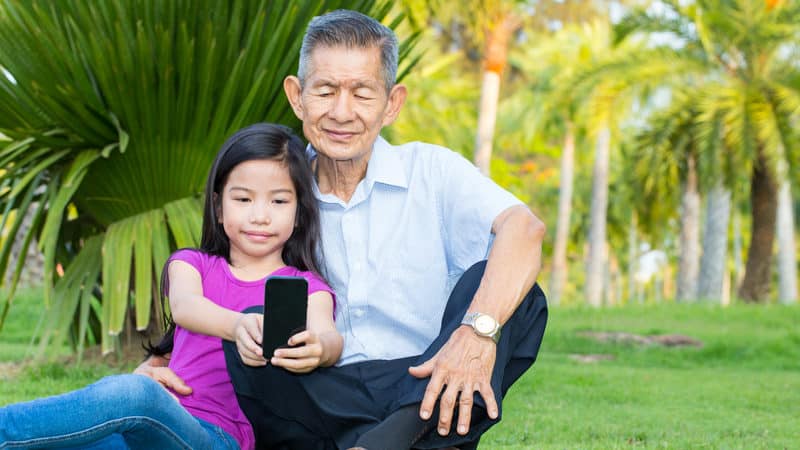 Writer and journalist Robert C. Koehler offers reflections on aging and life from the perspective of 75 years – and with “newborn eyes.”

That link between age and wisdom – is it just a joke?

Suddenly I’m curious in a real way. I just turned … 75. There’s a significance to that number that isn’t abstract, and I’m having a hard time ignoring it. Perhaps it has more to do with cataracts and hearing aids, not to mention wobbly knees, lost thoughts and techno-cluelessness, than it does with diamonds. But I find myself wondering, more than ever, what I have learned over the past three quarters of a century – and what, if anything, I understand.

I think about the chaos in Afghanistan, the insane war on terror, refugees massed and caged at the southern border, a child murdered on the streets of Chicago. When I was in my 20s, I felt certain the world from which such cruelty and stupidity emerged was being transformed. Our generation was changing it. Now, as I limp to the bathroom, I feel the throb of an aching heart. Things have changed in some ways, both for better and for worse, but mostly they have stayed the same. What I have come to understand is how little I know.

Here, for instance, is a moment of such understanding: I was showing some friends around my city, Chicago, and at one point we stopped at the corner of State and Lake streets to pick up sandwiches at Potbelly’s. There was no legal parking, so I sat drumming on my steering wheel while my buddy, Malcolm, ran in to pick up the sandwiches, scanning the horizon for traffic cops. His wife, Kim, who had never been to Chicago before, sat with me. She was in awe of the spectacle.

Here’s what I wrote at the time:

“At first I ache with impatience. Through my own eyes – jaded, seen-it-all-once-too-often – this is nothing, just a too-busy street corner where parking’s impossible. The humanity spilling around me is a nuisance, the tide I have to fight every day to get from Point A to Point B. But as I look at the throbbing corner through Kim’s eyes – new eyes, freshly beholding Chicago’s spectacle of daily life – a funny thing starts to happen. Instead of my showing her the big city, she’s showing it to me.

“Each figure looms distinct, a detail of the daily carnival of lunch hour under the steel girders of the elevated train: A bus lumbers around the corner bearing a screaming Jackie Chan ad. A bicycle messenger flies by, dreadlocks poking from beneath his yellow helmet. The street is alive with muscle shirts and muumuus, headphones, beepers, backpacks and hairnets. Ice cream cones drip. Cameras click. Cabs screech to a stop. An ancient, orange-aproned newspaper vendor sits on a milk crate, sweat glistening on his bald head, crying out, ‘Sun-Times, Trih-byooooon!’”

Tips for healthy aging and life

Only when I stop knowing what I know do I see the world as it is, do I see it shimmer and pulsate, do I see it bleed wonder. I learned that same lesson when my daughter was 1 year old and I carried her around the neighborhood on my shoulders one afternoon. She would stare in awe into every window, at every storefront facade – my God, there’s a tattoo parlor called Mind Crusher – at every cloud in the sky. Through her eyes I saw so much.

And many years later, when she was grown up, when she had become a poet and an artist, we would sometimes play a game called Naming the Sky. We still do. We look up, see the swirl of white and blue, the haze, the threatening darkness or whatever is there, let it fill us and give it a name: Wispy Spider, Toss and Turn. Anything is possible. I just now stepped outside, looked up and was transfixed by an enormous, shifting cloud. I named the sky of the moment (I almost couldn’t believe it) The Ghost of Einstein.

Reflections on aging and life and cycling, from the Aging Adventurer

The world, in one sense, is endlessly newborn, and it is best seen and grasped with newborn eyes. So declares the wobbly, 75-year-old columnist. But the world I have come to know is so much more – and less – than that as well.

“As the war on terror’s spread to country after country has demonstrated,” writes Karen Greenberg, “once unleashed, such a war paradigm takes on a life of its own.”

The dark indifference of the powerful, the glorified game called war: This is where my focus truly lies, as a writer, as an aging boomer. We made an impact on the world, perhaps, but we hardly changed it. As I explained to my friends at the Elders Action Network: “My words feel so frail. What is a word compared to a bullet, a missile, a trillion-dollar defense budget?

“But I push on because I know I must. Let me be equal to the miracle of being alive. The human race is evolving, and evolution is participatory.”

And this is the best I can do. Death, unavoidably, is part of the miracle of life. But then there are the words of a 6-year-old child named Becky, who had become deeply enamored of my wife, Barbara, and thought of her as her second mom. My wife died of pancreatic cancer on a May afternoon in 1998. She passed away just as it was starting to rain. When I mentioned this to Becky’s actual mom, Chris (a wonderful friend), later that day, she told me she and her daughter had been in the car when it started to rain.

Becky suddenly became very silent, Chris told me, then she said: “Mommy, somebody’s having a baby.” More silence. Then she said:

“Barbara’s having a baby.”

Robert Koehler is an award-winning, Chicago-based journalist and nationally syndicated writer. For more essays like these reflections on aging and life, check out his book, “Courage Grows Strong at the Wound.” Contact him at koehlercw@gmail.com, visit his website at commonwonders.com or listen to him at Voices of Peace radio.