And how to best correct a dog who nips playfully 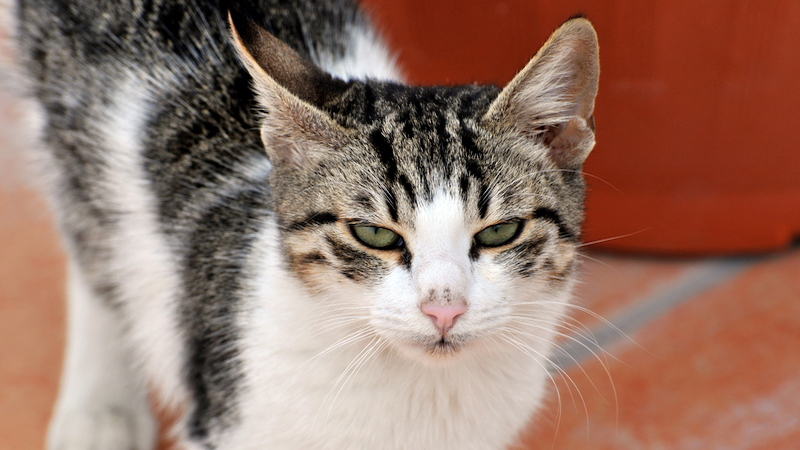 “Help! My cat is mean!” A senior woman with an aggressive cat needs help taming the beast. Animal expert Cathy M. Rosenthal weighs in, and also addresses a dog who nips playfully.

Why is my cat so mean? I adopted him from a shelter when he was six weeks old. Due to illness and age, I had just put down both of my cats (18- and 19-year-olds). As a senior lady living alone, a pet is great company for me. He was so cute as a kitten, but not too friendly.

He doesn’t sleep next to me or like to be held. He was never abused. I used a spray bottle and swatted him with a newspaper to correct him at times, but that made him more aggressive. He is 16 months old and has a skin problem, so I have to put salve in his ear every day, which isn’t fun for him or me. He attacks my feet, jumps on me when I answer the phone, and has a bad attitude.

He has never been out, as I live upstairs in a condo with just a few visitors. He is afraid of others. He was mean before his skin problem, but it seems to be worse now. I love him dearly, but I had hoped to have a lovable cat instead of an aggressive cat, so I started with a kitten. He has cat toys galore and access to an enclosed patio where he can look out. What else can I do?

Aggression is usually the result of fear or pain, or because the cat may be slightly feral (born on the street, but picked up and placed in a shelter because he was fine around people). While it could be any of these things, the good news is there are ways to help your cat be less aggressive.

Second, is he fixed? I assume he is fixed because you adopted him from a shelter, but if he is not, please get him fixed immediately. Sometimes, intact animals can get aggressive when focused on mating.

What else can you do instead?

Use pheromones to calm him. Try plug-in pheromones for the home, a pheromone collar for him to wear, or spray-on pheromones, which you can spray on him, the furniture, the room, and even yourself. Synthetic pheromones mimic the pheromones of a mother cat, which is comforting for many felines. These products have to be replaced every 30 to 60 days, but it’s worth it if they calm your cat, even for the short-term. There are also over-the-counter calming treats you can try.

If you need to interrupt bad behavior, like when he attacks you, shake a can of coins instead. Noise is a great disrupter for cats as it relies on their instincts to run away from the noise and doesn’t involve any physical contact that could cause them to fight back.

There’s an old saying that a tired dog is a good dog. The same goes for cats. He sounds like he has a lot of pent-up energy. Even though he has toys, cats don’t play with themselves. They play with things that move, so you will need to animate these toys to get him moving. Play with him several times a day for about five to 10 minutes each time. The more playtime he receives, the more tired he will become and the less likely he will be to jump on you and attack your feet.

Let me know how these tips work in quieting your aggressive cat.

My diabetic 16-month-old adopted Jack Russell terrier and pit bull mix loves to play and run off his energy. He playfully bites, though, to get my attention, but it hurts. What can I do?

The quickest way to halt play that results in a dog mouthing or biting you is to “yelp” like a hurt dog, just like dogs do with each other when play gets too rough. After yelping, step away from the dog to convey to him that the play has halted. Wait about 30 seconds to a minute – or more, if needed – before re-engaging him. If play is gentle, it continues. When it hurts, it stops.

Cathy M. Rosenthal is a longtime animal advocate, author, columnist, and pet expert who has more than 25 years in the animal welfare field. She addresses reader questions as diverse as outdoor cat safety to bizarre dog behavior. Send your pet questions, stories, and tips to cathy@petpundit.com. Please include your name, city, and state. You can follow her @cathymrosenthal.

Boomer has vetted all products recommended in Pet World articles, so you don’t have to! As an Amazon Associate, Boomer Magazine earns from qualifying purchases of linked products. 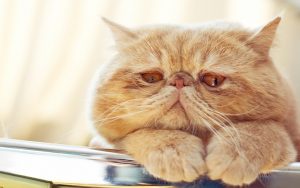 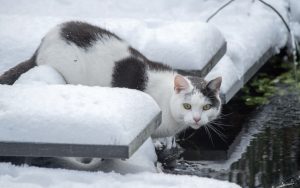 How to Build a Winter Cat Shelter