Histories of history tellers – and more

If you’ve ever stepped into a museum, you know the joy the treasure-filled galleries can bring to your life. And you wouldn’t be alone.

Each year approximately 850 million people visit American museums, according to the American Alliance of Museums, more than for all major league sporting events and theme parks combined.

Historically speaking, The Charleston Museum, founded in 1773 to feature the history of South Carolina Lowcountry, is commonly regarded as America’s first museum. Over the years, museums have featured a variety of items. One of the most popular in the mid-1800s was Barnum’s American Museum in New York, owned by showman P.T. Barnum. The museum’s attractions ranged from a flea circus to Siamese twins.

While metro Richmond might not have those oddities, it does host some of the best museums in the country.

The Virginia Academy of Science had the idea to start a science museum around the 1940s and ’50s. The museum didn’t come into existence until 1977 after the repurposing of the historic train station on Broad Street. “The opening was controversial for some people who didn’t want it to be in a historic train station. They wanted it to be in a shiny, futuristic building,” says Rich Conti, the museum’s chief wonder officer.

This year the train station celebrates its 100th anniversary. “We still have a lot of people that remember taking trains out of the building,” Conti says. “People love this building because of their memories.”

Since opening, the museum has significantly increased the square footage with the completion of the Dome theater and the Dewey Gottwald Center.

Darth Vadar from Star Wars appeared at the groundbreaking of the Dome theater in 1980. “It supported the idea of this place being in the future,” says Conti.

The museum’s roots date back to 1919 when Judge John Barton Payne gave 51 works of art to the Commonwealth to found an art museum. The museum building opened its doors in January 1936. Since 1919, the museum has grown to more than 35,000 works of art, and from a room in Battle Abbey to a 650,000-square-foot facility.

“Much has remained the same, including John Barton Payne’s founding vision that the museum be free and open to the public and, as he described it, ‘in intimate personal contact with the people,’” says Susan J. Rawles, associate curator of American Painting and Decorative Art.

VMFA was the first state-run art museum in the United States and continues as a successful private-public partnership: the state supports operations, but every work of art that enters the collections comes through private patronage.

University of Richmond’s first museum started in 1874 as the College Museum and reopened after a move in 1887 as the James Thomas Jr. Memorial Museum and Art Hall. “It was a general museum and typical of its time for a museum connected to a university, in some ways a classic ‘cabinet of curiosities’ that was considered one of the guiding principles of many 19th-century museums,” says Richard Waller, executive director of University of Richmond Museums.

A 1910 fire on the downtown campus destroyed some of the collection, but most objects survived, including the mummy and coffin of Ti-Ameny-Net, which now resides in the University’s Ancient World Gallery as part of the Department of Classical Studies.

Carroll W. Anderson Sr. founded the museum in 1981, and it opened to the public in 1991. In 2016 the museum moved to The Leigh Street Armory, a structure built by black workers for black soldiers. After it served as an armory, the building was an elementary, then middle, then high school. “It’s not unusual for a visitor to say, ‘I went to school here’ or ‘I took gym in that room,’” says Andrea Wright, communications manager at the museum.

In addition to its permanent and rotating exhibitions, the museum is a gathering place for community conversations and activities, including performance art, salsa dancing and children’s programming.

Founded in 1997 to preserve and educate people on the atrocities of the Holocaust and World War II, the museum was originally housed in five rooms at Temple Beth El.

The museum was dedicated in 2003 after moving to the former American Tobacco Company Warehouse in Shockoe Bottom. “It continues to educate the public while remaining free of charge,” says executive director Samuel Asher, noting the museum averages 45,000 visitors each year.

The museum has a survivor’s room where a video plays all day long featuring the firsthand stories of Holocaust survivors.

Mann Valentine established The Valentine Museum in 1898 after making his fortune selling a health tonic called Meat Juice. “That set the stage for our unique approach to telling Richmond’s history,” says Eric Steigleder, director of public relations and marketing.

Originally, the museum focused on the Valentine’s private collection, but it has evolved to tell the story of Richmond. History is presented thematically, allowing the museum to draw parallels between events that may have occurred at different points in history.

“This element of our permanent exhibition gives us the opportunity to talk about some of the more uncomfortable aspects of Richmond’s history, not as something relegated to the past, but as events whose effects are still felt today,” Steigleder says.

The Valentine opened a bilingual exhibition, Nuestras Historias, in 2017, focused on the experiences of Latino communities in Richmond and the surrounding areas.

Maymont opened to the public as a museum and park in 1926. James and Sallie Dooley bequeathed their Gilded Age estate, including their 33-room mansion, manicured Italian and Japanese gardens and 100-acre arboretum, as a gift to Richmonders.

Maymont’s role as an animal sanctuary, which includes “the addition of wildlife habitats, the Farm and The Robins Nature & Visitor Center, is one of the biggest changes” over the years, says Carla Murray, director of marketing and communications.

At one time, the large Italian Fountain near the Carriage House was planted with tulips. During the Dooleys’ time, it’s believed that the fountain was a water source for the Italian Garden.

Built in 1976, the museum is a replica of the county’s first courthouse built in 1749 when the county was formed. The circa 1892 jail was used as a jail through the 1960s. It still has the original graffiti on the walls. “When they were turning it into a museum, they had to put a clear plastic wall in front of the historic graffiti to keep people away from any lead paint,” says Liess Van Der Linden-Brusse, volunteer librarian for the Chesterfield Historical Society of Virginia.

The jail originally had six cells and could accommodate 24 prisoners.

On June 6, 1900, seven prisoners escaped and left a note saying they left because the jail couldn’t guarantee their safety.

The Children’s Museum, founded by the late Sara Farber Markham as the Richmond Children’s Museum, opened in 1981 inside the historic Navy Hill Elementary School, with “the goal of creating a place specifically designed to inspire young children through hands-on learning,” says Mary Beth Yates, corporate relations and marketing manager.

After nearly two decades of growth, the Museum reopened on West Broad Street in 2000, and 10 years later opened a satellite location in Short Pump, making it the first children’s museum in the country with two locations. It has since opened locations in Chesterfield and Fredericksburg.

The museum is home to Legendary Santa, the Christmas experience that started at Miller & Rhoads department store in 1936. It is one of the longest-running Santa programs in the nation.

The museum partnered with local public media to bring Mister Rogers to Richmond in 2003 for a community festival, including public lectures and seminars led by Fred Rogers.

Award-winning writer Joan Tupponce writes about a variety of subjects for publications that include O, The Oprah Magazine, AmericanWay and AAA World.

Opening Our Minds to Joy 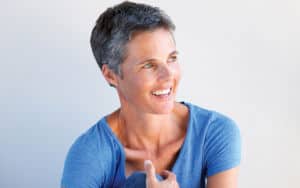