A Long-Overdue Tribute to Women Veterans in Virginia 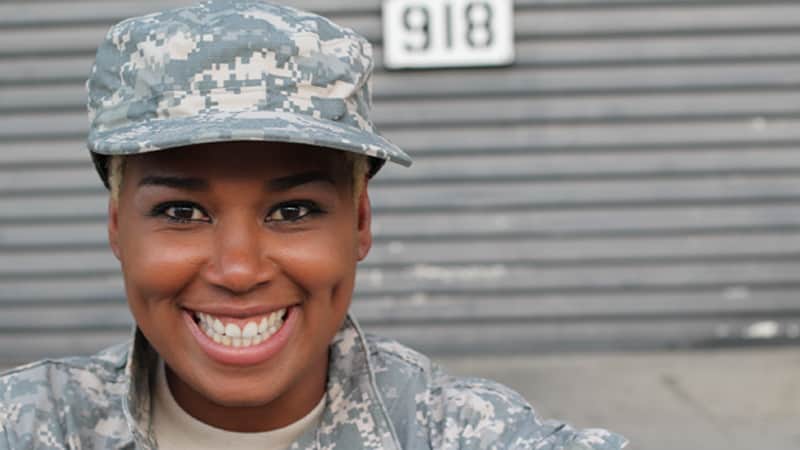 “Throughout the history of our Commonwealth and our nation, women have served with honor and distinction as a vital part of our military,” said Gov. Ralph Northam in announcing the inaugural Women Veterans Week. “Virginia is proud to be home to more than 100,000 women veterans, the highest percentage of female veterans of any state in the Nation.”

WHEREAS, throughout the history of the United States, during times of peace and of war, women have served honorably in the military, upholding the nation’s ideals and protecting freedom through dedication to duty and sacrifice; and

WHEREAS, while women were not formally part of the United States Armed Forces until the inception of the Army Nurse Corps in 1901, they have served in an unofficial capacity dating back to the American Revolution; and

WHEREAS, during the American Revolution, the Mexican-American War, and the Civil War, women disguised themselves as men and served alongside their brothers and husbands on the front lines; off the battlefield, women made vital contributions to the war effort as nurses, couriers, and spies; and

WHEREAS, Congress made women a permanent part of the military with the Women’s Armed Services Integration Act of 1948, but until 1967, it limited the proportion of women in each branch of the military; and

WHEREAS, women nurses served on ships and in combat zones during the Korean War, and during the Vietnam War, thousands of female military personnel were deployed to Southeast Asia; and

WHEREAS, with the transition to an all-volunteer military in 1973, women experienced a dramatic increase in opportunity in the military, including leadership positions; and

WHEREAS, today, there are over two million women veterans in the United States; women are the fastest growing segment of the veteran community and make up roughly 10 percent of all American veterans; and

WHEREAS, Virginia is home to more than 100,000 women veterans who have distinguished themselves both on and off the battlefield, and they continue to serve their communities as leaders in both the public and private sectors; now, therefore, be it

RESOLVED by the Senate, the House of Delegates concurring, That the General Assembly designate the third full week of March, in 2018 and in each succeeding year, as Women Veterans Week in Virginia; and, be it

RESOLVED FURTHER, That the Clerk of the Senate transmit a copy of this resolution to the Virginia Department of Veterans Services so that members of the agency may be apprised of the sense of the General Assembly of Virginia in this matter; and, be it

RESOLVED FINALLY, That the Clerk of the Senate post the designation of this week on the General Assembly’s website.

Honor women veterans throughout the year

You can learn more about women veterans and their important contributions to U.S. freedoms at two nearby museums:

The Women in Military Service for America Memorial in Washington, D.C. is the only major national memorial honoring all women who have defended America throughout history. The memorial is located at the Ceremonial Entrance to Arlington National Cemetery, directly across Memorial Bridge from the Lincoln Memorial at the end of Memorial Drive. The Memorial includes an exhibit gallery, Hall of Honor, gift shop, theater, Court of Valor and a computerized register containing more than 258,000 women’s stories. Admission is free.

The U.S. Army Women’s Museum at Fort Lee tells the story of female patriots who have served our nation from the American Revolution to present. The museum’s mission is to conserve and preserve a repository of artifacts and archives pertaining to the service of women in the U.S. Army. The U.S. Army Women’s Museum also serves as an educational institution, providing military history training to soldiers, veterans and civilians, presenting a variety of programs for visitors of all ages. The museum features oral history, internship and volunteer programs.