Home » Contributors » Greg Schwem » Humor on walking during the pandemic

Walking away from a pandemic

A current phenomenon and its side effects 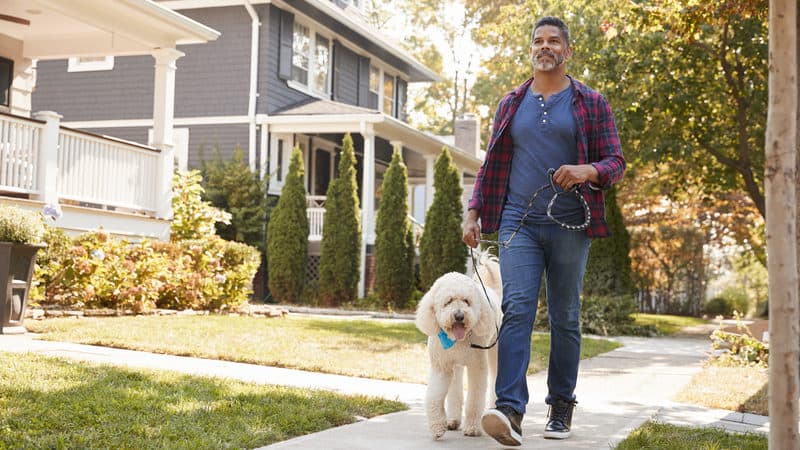 Columnist Greg Schwem shares his experience, observations, and trademark humor on walking during the pandemic.

If you are struggling to find something, anything, positive about a year spent being cooped up inside, masked when venturing outside, and wondering if that sneeze is the first sign of a horrible disease, look no further than your feet.

Walking is making a comeback.

I’m not actually sure the art of moving one foot in front of the other was ever on the decline, but I’m sure seeing a lot more of it. Beginning in March 2020, when the quarantine upended our daily lives, I noticed a lot more people engaging in the simplest form of travel. Suddenly unemployed dads took daily walks, often trailed by children whose school days consisted entirely of recess.

Young people walked; elderly people walked more. Spouses who realized they needed time away from one another walked in opposite directions. Dogs who were walked once or twice a day pleaded for comfortable cushions upon arriving home from their third or fourth jaunt through the park, their eyes saying, “Enough already!”

And then there are the ‘pedinuts’

Some of us took walking to extremes. Former Wall Street Journal reporter Neil King set off from Washington, D.C., this past March 29 and didn’t stop walking until he arrived in New York City, 26 days later. Upon completing his journey, he tweeted, “Do not be conformed to this world, but be transformed by the renewing of your mind. That simple walk transformed and renewed me.”

I’m sorry but nothing about that walk sounds simple. I think my dog would agree.

Then there was TikToker who recently told his 51,000-plus followers that it is possible to walk from the U.S. to Asia, providing one starts at Little Diomede Island, off the coast of Alaska, waits for the Bering Strait to freeze, and then traverses the ice to Big Diomede Island, 55 miles away and owned by Russia.

This is hardly newfound knowledge. In 2006 British adventurer Karl Bushby and his French counterpart, Dimitri Kieffer, did just that, where they were promptly deported by Russian authorities. Undeterred, Bushby was in the midst of his goal to walk around the world, a distance of 36,000 miles. He did not appear to have a dog accompanying him.

Personally, I’ve always looked at walking, naively, as an exercise of last resort. I’m a runner, a swimmer, a cyclist. Those interests should make me the perfect candidate to enter a triathlon, but I’m not that crazy.

But walking? That’s for individuals who can no longer perform the athletic endeavors I just ticked off. Or so I thought. Until I made walking a part of my afternoon routine and realized how much I looked forward to it.

Now I walk with my wife. I walk with my dog. I walk solo and don’t care if I look like the lonely guy on the block who, when he dies, is described by a neighbor as someone who “seemed nice,” while another neighbor chimes in with, “Yes, we used to see him out walking every day.”

Sometimes my walks include my favorite tunes, courtesy of my AirPods. Occasionally those AirPods become the source of hands-free phone conversations I’ll have with friends or business associates while I’m walking. I apologize to anyone who overheard a conversation I was having with a former agent that became heated and, uh, MAY have included a profanity or two. The good news is that I never broke stride.

One thing I don’t do while walking is count my steps, either manually or via one of those apps that walkers seem obsessed with. I read I’m supposed to walk 10,000 steps per day. If it only takes me 5,000 to clear my head, enjoy nature, converse with a fellow walker, or be alone with my thoughts, so be it.

Unlike so many others, I managed to avoid the horrible COVID-19 illness. It did, however, leave me with a few blisters, courtesy of my newfound penchant for walking.

I will happily live with those.

Like laughing? Check out other Boomer articles on laughter or the baby boomer humor of Randy Fitzgerald.