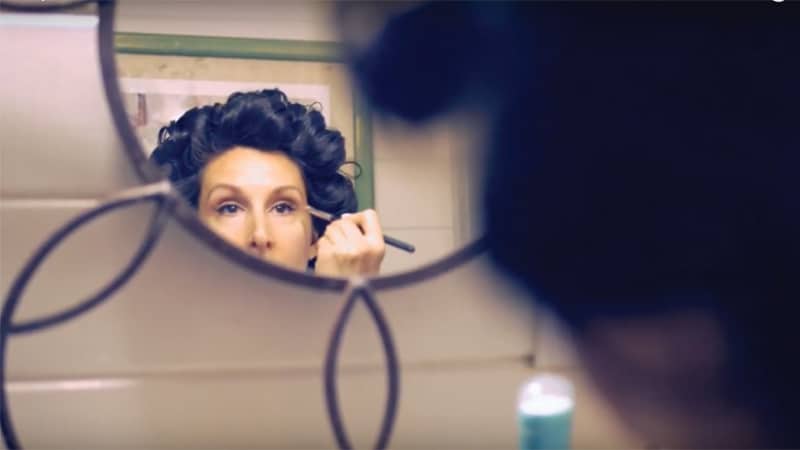 Acting isn’t a job for the faint of heart. It requires dedication, constant learning and a supportive community. The acting community in Richmond continues to be a growing hub for talent and support.

DeVirgilis saw a huge difference when she moved from New York City nine years ago. “I’m not saying it’s easy to break into the Richmond community, but I found people were more accessible,” she says. “When I first moved, I sent emails to theater companies, etc., saying I was new to Richmond and could do some auditions.”

The acting community is willing to share their knowledge and “help others get work and be creative and part of the community,” DeVirgilis says.

Opportunities range from theater to films; from industrials to voiceovers. “If you are not working in some way, you have to work harder,” she says.

Actors need to be lifelong students, and there are many learning opportunities in the area. “I am always shocked when I go to these things and they are not full,” DeVirgilis says of classes.

When asked if it’s necessary to join Actors’ Equity, DeVirgilis often tells people, “There’s no reason to rush to get in a union. You want to get your stage experience. There is no substitute for stage time,” she says. “The more you get, the stronger performer you will be. So, work as much as you can.”

Actors can start a clip reel by appearing in VCU films, for example. “Get in the films and do them for free,” DeVirgilis says. “When all else fails, create your own work.”

DeVirgilis finished a run of her show, In My Chair, at Virginia Rep this past winter. “It was a 20-year overnight success,” she says.

She believes you have to look at acting as a business. “I have learned that first and foremost I am a businesswoman. It’s all part of being a working actor,” she says.

After landing in Richmond in 1998, Wichmann started working and never stopped.

“The main difference between New York and Richmond is obviously the sheer number of actors. New York may have 6,000 auditioning and Richmond a couple of hundred,” he says.

He found the artistic community in Richmond to provide a “sense of security in an insecure profession,” he says. “There are a lot of things I have done because of personal and professional relationships that I have cultivated over a 20-year period.”

Opportunities in Richmond are expanding, and actors have to “decide what you want to do,” he says. “If you want to pursue film and television, that’s almost a full-time track. Theater is the same way.”

What has changed is the acting landscape in Richmond. “For every smaller theater that has had trouble growing roots, several theaters have popped up, like TheatreLAB,” he says. “Young people are saying, let’s find an old building and renovate it and put on a production here. It’s inspiring. It’s given the town a shot of adrenaline.”

He’s also glad to see Virginia Rep take chances on new composers and storytellers. “Richmond is a fertile ground for storytellers,” he says.

Lewis realized there were a lot of opportunities in Richmond during her first professional gig in 2004. “It felt like I was continually working with directors that were challenging me and I grew. I found roles that fed me spiritually,” she says.

Her favorite place to be is backstage where the atmosphere is hushed and everyone is hyper-focused. “The energy is electric,” she says. “It’s like a dance backstage. Once you hit the rhythm, you don’t change it very much. It feels ritualistic for me.”

Quick changes, which can be challenging for any actor, are “all very choreographed,” Lewis says. “Costume pieces are laid out in the most auspicious way. The theater will have a dresser who helps the cast get ready before the show and they facilitate a fast change.”

Sapp felt more like himself when he moved from New York to Richmond six years ago because of the support and energy he discovered. “There’s an element of drive. It pushes people not to stay stagnant,” he says.

He sees more competition now than when he first came to the city, especially from out-of-town actors. “When people come from out of town, I want the statement to be, you are going to Richmond so you better bring your A-game because this is a thriving community,” he says.

He views increased competition as a good thing. It helps challenge actors to keep it fresh and push themselves in new directions. “Before, it was easy for people to be comfortable in the type of roles they had been playing,” he says.

The number of theaters and opportunities in town is impressive, he adds. “I am taking advantage of a couple of opportunities through VCU School of Medicine, like the standardized patient program where cases are re-enacted with students for feedback on their communication. I also teach winning presentations with the school of business. Those classes are taught solely by theater professionals.”

Arvold sees casting as a nationwide endeavor. “It doesn’t matter where you are anymore,” she says, noting her company specifically casts speaking roles. “Some roles are budgeted for locals only and some are for regional actors only. To be cost effective, you like to see as many locals hired as possible. I always advocate for local actors.”

Self-taping is the norm for auditions, she adds. “I have most recently been FaceTiming, Skyping and Zooming more auditions. The actor will be in a self-tape studio and I am on FaceTime watching them tape and giving them direction. It’s a streamlined process. I think that is where the future is headed.”

When it comes to competition, Arvold says there’s no need for worry. “All you can do is compete with yourself and do the best job you can.”

Richmond has a strong acting community but, she says, “There is always room for practice and improvement. I challenge the community of actors to up their game.”