Here are the basics you should know 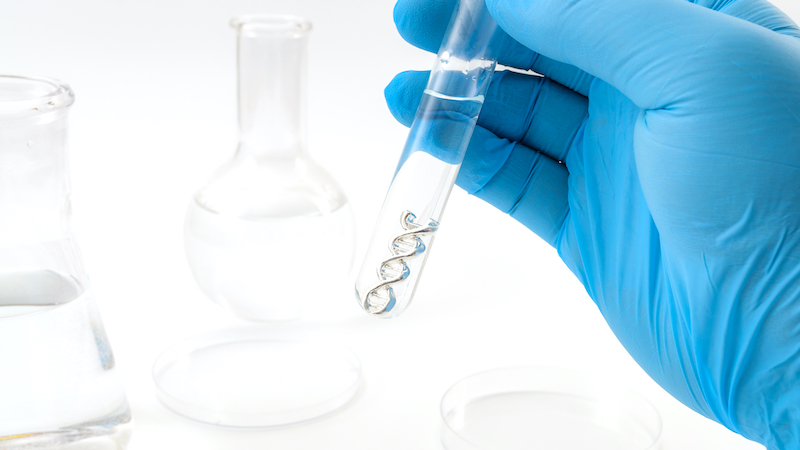 Robert H. Shmerling, M.D., of the Harvard Health Blog, looks at genetic testing: the pros and cons of getting in-depth genetic testing, times it may be indicated, types of testing, etc.

When it comes to health and disease – and, of course, many other aspects of life – one thing is certain: genes matter. A single gene mutation can cause some conditions, such as sickle cell anemia and cystic fibrosis. More often, multiple genes are involved in disease development, and they act in concert with nongenetic factors, such as diet or exercise, to affect disease risk.

Several companies offer you the opportunity to look at your genes. But how might that help you from a health standpoint? And how do such tests differ from the genetic testing a doctor may recommend?

Consider the example of familial hypercholesterolemia (FH), a condition in which multiple variants of several different genes lead to markedly high cholesterol. This greatly increases the risk of heart attack, stroke, and other health problems. FH affects about one in 300 adults, which means it isn’t rare. Among adults who have the most common genetic variants that cause it, heart attack or sudden cardiac death may occur in middle age. Children who have a double dose of a gene variant linked to this condition may die of cardiovascular disease before age 20. Earlier treatments intended to reduce the risk of complications, such as cholesterol-lowering drugs, are available if a child or adult is known to have a mutation linked to FH.

Genetic testing is on the rise

In recent years, there’s been a dramatic increase in genetic testing. It was nearly unheard of only a few decades ago. Now, you or someone you know has likely had genetic testing within the last year or two.

And while healthcare providers can now order far more genetic tests for their patients than in the past, you don’t need a doctor’s order to request this. 23andMe, Ancestry.com, and a number of other testing companies are ready and willing to check your genes for variants associated with certain health conditions, as well as your family ancestry. In fact, spending on direct-to-consumer genetic testing is predicted to reach $2.5 billion within the next few years.

For some people, the answer is clearly yes. When performed accurately, genetic tests can uncover a disease or a tendency to develop certain conditions, and it can lead to close relatives getting tested as well. Preventive measures or treatment can be lifesaving. Here are four examples (though there are many more).

In these cases, knowing you might develop a condition or are a carrier can help direct medical care, and may inform life decisions or encourage you or other family members to consider genetic counseling.

But the answer can also be no. Results of genetic testing may provide information you already know, may be unhelpful, or may even be misleading. For example, testing could reveal that you have a genetic mutation that rarely causes any health problems. Learning that you have this mutation may not help you – though it might alarm you. Or, learning you’re at increased risk for developing Alzheimer’s disease late in life may be more upsetting than useful, as there are currently no reliably effective preventive treatments.

What about the costs?

Genetic testing may have more than one kind of cost. A genetic test ordered by your doctor for a specific medical reason may be covered by your health insurance, but it’s unlikely that an over-the-counter test will be. And, as one company states on its website, “knowing about genetic risks could affect your ability to get some kinds of insurance.”

Occasional emotional costs of genetic testing: She discovered her father has other children

A 2021 study published in the medical journal JAMA Cardiology demonstrates how direct-to-consumer testing may be misleading.

Among more than 4,500 people tested for a medical reason, such as evaluating an unexpectedly high cholesterol level, the more limited testing would have missed important genetic variants for:

This suggests that a large number of people would be falsely reassured by the results of their genetic tests for FH if they relied on the type of screening offered by a popular over-the-counter product. And results may be particularly unreliable among persons of color.

It’s true that you can’t pick your genes. But thanks to an ever-expanding menu of options, you can pick your tests. In many cases, it’s best to review your decision to have genetic testing with your doctor before having it done. You may choose to see a genetic counselor about the ramifications of testing before you jump in and let your doctor do the testing, rather than ordering it yourself. Or, you may decide the best plan is no testing at all.