Meet the Voice of Bugs Bunny in ‘Space Jam: A New Legacy’ 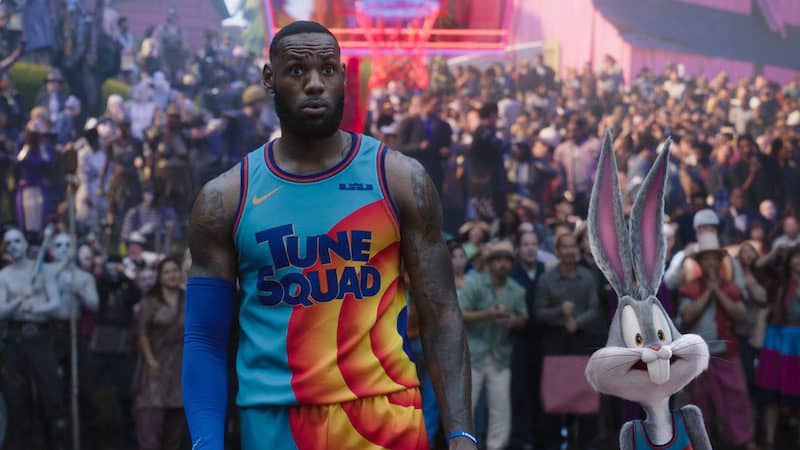 Bugs Bunny, Sylvester, Yosemite Sam, Yogi Bear, and Fred Flintstone all have one thing in common: Not only do they appear in “Space Jam: A New Legacy,” but behind the scenes, voiceover actor Jeff Bergman is responsible for voicing all these characters.

A legendary voice actor, Bergman stepped into the booth as one of the voices of Bugs Bunny, Daffy Duck, Elmer Fudd, and Sylvester after Mel Blanc died in 1989.

Bergman talks about his career and the advice Blanc gave him when he was getting started in the Industry.

What was it like going to the premiere and seeing it with an audience?

It was epic to walk into a theater with a few hundred people. In the theater was Don Cheadle and of course the star, LeBron James, and our wonderful director.

What’s your memory of animation and Bugs Bunny through the years?

We have to go back to the late 1960s, early ’70s when people had only had a television in their homes for 15 years. Anything animated on television would blow your mind.

I remember seeing Bugs Bunny in a Tang commercial and when I saw that, I thought I’d freak out. I thought, ‘There’s Bugs Bunny who comes out of a hole and he’s advertising Tang?’ It was this convergence of advertising, animation, and color and it was all unbelievable.

That was the first inspirational thing for me. There was also “The Flintstones,” and that was my jam growing up. When I heard Fred Flintstone say, “Yabba, Dabba Doo,” it was like air, and it became an indelible part of my childhood. This film brings it all back, because I get to relive it through the film.

When did you discover that you could do this for a living?

It was something that I messed around with as a kid, but because your voice is so high pitched when you’re a boy, I don’t think I sounded really much like anybody. However, my parents thought it was mildly amusing. When my family was over, they would encourage me to pretend that I was Richard Nixon. It wasn’t until high school that I started to do voices that maybe I started to do it more.

I met Mel Blanc and it was like meeting the Jedi Master. He was at this motel when he was speaking at the University of Pittsburgh, and I knocked on his door. It was late at night, and I asked for three minutes of his time. He asked, ‘Are you Jewish or Italian?’ I told him I was Jewish, and he invited me in.

He looked at me and he could see that I wasn’t an academic. I didn’t want to be in school and I wanted to perform, but he told me to stay in school and get a degree. And he said, “If you ever get out to Los Angeles, look me up.”

That was a watershed moment for me, and that changed the trajectory of my life. I got really passionate about what I wanted to do, which was to be a performer and a voice actor, and that’s when I got serious.

You have such great dynamic with LeBron – what was it like recording in the pandemic?

I found out on March 4 that I was Bugs Bunny for the film, and a week later, we went into lockdown. I started to upgrade my own home studio recording equipment. I asked a sound engineer on “Our Cartoon President” to work with me on the recording.

It was all done over Zoom, but we all connected. There was an intimacy that we all had. Malcolm gave such context to every line and that it made it easy.

What is it like to know that a new generation is going to be introduced to our favorite characters and you’re being immortalized at this moment in the film?

There is an homage to the first film. We get to see a party. We get to see the universes of so many characters, “The Flintstones,” Yogi Bear, and the Iron Giant, amidst this super cool story between LeBron and his son.

‘Space Jam 2’: Has Hollywood animation woken up to racism?