A comedic overview of the classic Shakespearean tragedy 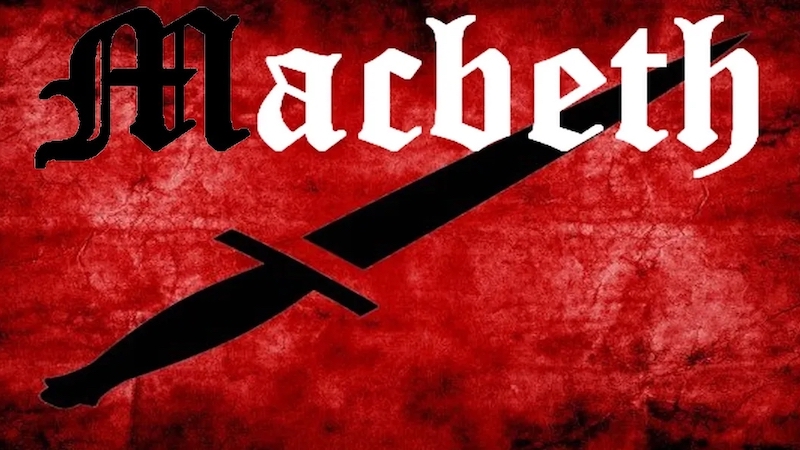 In Macbeth 101, writer Nick Thomas provides a tongue-in-cheek comedic overview of the classic Shakespearean tragedy as well as some modern-day presentations and a suggestion that is, well, out of this world.

The next time your local theater group produces a performance of “Macbeth,” don’t miss it. The play is generally regarded as one of the best tragedies ever written, and with a ghost and several witches lurking throughout the story, not a bad tale to explore as Halloween approaches. And while it’s certainly a compelling drama, the obscure language and symbolism can be as baffling as a Randy Quaid Twitter post.

So for those of you who took AP Cosmetology instead of English Lit as high school seniors, here’s a summary of the story: Macbeth’s villainous wife, Gruoch, convinces her hubby to rub out Scottish King Duncan, clearing the way for Mr. Mac to assume the royal throne. Lord Macduff serves as antagonist to Macbeth and eventually (medieval spoiler alert) does Macbeth in.

Early on, it’s pretty obvious that Lady Macbeth is going to lose it. But it’s hardly surprising she turns out to be less than the perfect royal hostess. After all, who wouldn’t be a grumpy, murderous, battle-ax with a name like Gruoch?

Now, before all you Shakespeare scholars get your pantaloons in a knot, I do realize that Lady Mac’s first name is never revealed in the play; but trust Wikipedia on this, her real birth name was Gruoch ingen Boite.

So there really was a Macbeth, with a better half – much better, in fact – than the literary characters portray. Like many of Shakespeare’s plays based on historical figures, the depiction of Macbeth and his wife as the Mad Macs filled with greed and ambition is mostly fiction and bears little resemblance to the real Macbeths of Scottish history.

Historians believe King Duncan really was killed by Macbeth around 1040, but most likely in battle. Years later as King of Scotland, Macbeth was himself slain in battle in 1057. As for Duncan, didn’t his descendants emigrate to America and open a successful chain of donut shops?

In modern times, many well-known actors have tackled the role of Macbeth on film. For instance, Orson Welles was an awesome Macbeth in 1948, as was Ian McKellen in 1979. But Sean Connery flopped in a ’60s TV movie. That was the screenwriters’ fault. After bumping off a head of state, Connery should have introduced himself to his new subjects by announcing “The name’s Macbeth, KING Macbeth” with that distinctive sexy Scottish voice.

On stage, Christopher Plummer, Kelsey Grammer, Charlton Heston, Laurence Olivier, and Patrick Stewart all played Macbeth in theatrical productions. Personally, however, I’m anticipating the day William Shatner attempts the role, supplemented with a few updated and memorable ad-lib lines: “Is this a phaser which I see before me? Beam me up, Macduff!”