Saluting the humor of Queen Elizabeth II and other British royalty 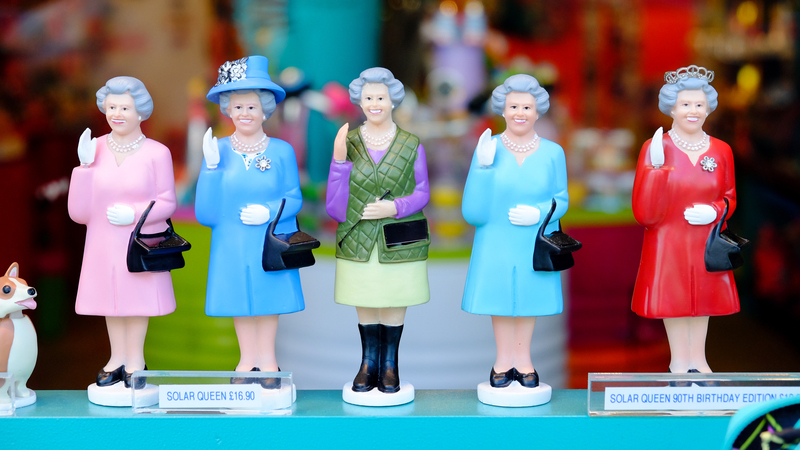 Writer and humorist Nick Thomas probes the royal humor of Queen Elizabeth II, her husband, and her successor and speculates on other lost opportunities at regal fun.

The closest I ever came to royalty was holding four kings in a game of poker. But as a child growing up in a Commonwealth country in the early ’60s before moving to the US, we were dutifully required to sing “God Save the Queen” during formal school assemblies.

Like so many others, I was deeply saddened to see the passing of Queen Elizabeth II in September. Since then, many commentators have reminisced about the queen, including tales of her delightful sense of humor, which was suitably subtle given her stature. When once asked if she kept a diary and writes it in her own hand, she wryly responded, “Oh yes, I can’t write any other way.”

Throughout the centuries, however, British sovereigns haven’t always displayed an overt sense of humor, which is a shame because there were surely opportunities to act the mischievous monarch.

For instance, when Queen Elizabeth I was informed in 1588 that the Spanish armada was advancing across the channel, how delightful if she had summoned Sir Francis Drake and playfully suggested, “Drakey, board the invading fleet and hand out haggis and black puddings to the sailors, informing them they are our national dishes. They’ll turn tail and never return.”

Or what about when counselors to Henry VIII raised the issue of marital difficulties with his second wife? The king could have declared, “Another divorce? There must be a quicker way.”

Then there was Charles II who had little to laugh about. Not only was the poor fellow confronted with a Dutch war, but he reigned during the Great Plague of London in 1665 and then, the following year, the Great Fire of London. “I’m expecting good news,” the king could have proclaimed. “Perhaps one day they’ll name a spaniel after me.”

Queen Elizabeth II wasn’t the only member of the contemporary royal family to display a grand sense of humor. Her husband, the late Prince Phillip, was a royal wit even in his declining years. After the 2017 announcement of his pending retirement from official duties, he was approached at a function by a man who remarked “I’m sorry to hear you’re standing down.” To which the prince responded, “Well, I can’t stand up much longer.”

King Charles III appears to have inherited his parents’ sense of humor. During a trip to Rwanda in June and finding himself surrounded by bamboo trees during one outing, then-Prince Charles couldn’t resist: “I feel slightly bamboozled.” In his younger days, the prince even attempted to breakdance, jokingly wrestled with bagpipes, briefly assumed the role of a TV weatherman, and cheerfully donned all manner of silly hats in public.

Queen Elizabeth II will be a hard act to follow. In 1986, when a rowdy protester tossed a few eggs at the queen during a trip to New Zealand, she apparently later remarked “I myself prefer my New Zealand eggs for breakfast.”

Her Majesty, of course, was frequently called upon in distressing times to deliver reassuring messages to help her nation, and indeed the world, heal. If turnabout is fair play, then the queen’s own sober words after the passing of Princess Diana should resonate with all who loved Elizabeth: “No one who knew Diana will ever forget her. Millions of others who never met her, but felt they knew her, will remember her.”

The queen’s final journey from London’s Westminster Hall to her burial site at Windsor Castle was an extraordinary event – a dignified display of British pomp and pageantry – witnessed by a million-strong crowd that turned out to collectively honor their beloved monarch.

Many of us watching the broadcast from afar shared their grief, knowing that none would formally chant the regal refrain of “God Save the Queen,” ever again.