‘Dissecting relationships and creating characters with relatable foibles and problems’ 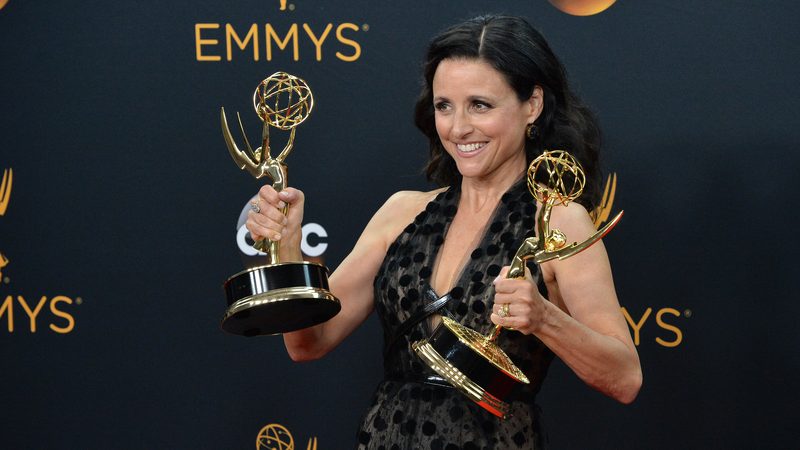 Julia Louis-Dreyfus and Nicole Holofcener will reunite on “Beth and Don,” a new comedy about a novelist whose marriage starts to deteriorate after she overhears her husband offering up a frank assessment of her work.

The pair previously teamed to much acclaim on 2013’s “Enough Said.” Louis-Dreyfus will produce as well as star in the picture, with Holofcener writing the script in addition to directing it. Likely Story’s Anthony Bregman and Stefanie Azpiazu, long-time collaborators of the writer and director, will produce the film. FilmNation Entertainment is launching international sales at the upcoming American Film Market. UTA Independent Film Group will handle the U.S. sale and repped the deal with FilmNation Entertainment on behalf of the filmmakers.

Here’s the official logline: “Beth is a New York novelist in an unbelievably happy marriage to Don, who loves her and supports her in every way. One day, when Beth overhears him admitting that he hasn’t liked her writing in years, it threatens to undo all that’s good in their lives.” The premise sounds right up Holofcener’s alley. The writer and director has shown a great talent for dissecting relationships and creating characters with relatable foibles and problems.

“This movie is the breath of fresh air our distributors have been waiting for in a comedy, and we couldn’t be more excited to unveil this project with our longtime friends from Likely Story,” said FilmNation Entertainment CEO Glen Basner. “Nicole’s and Julia’s combined comedic talent will make for an irresistible and all too relatable film for moviegoers around the world.”

“Nicole and Julia are masters of the modern human comedy – stories where we can see our own awkwardness and blind spots in every well-intentioned character. As with their last collaboration ‘Enough Said,’ ‘Beth and Don’ is a bright, bold tale of people trying to behave well, and failing hilariously at it,” said Bregman.

Louis-Dreyfus is best known for her work on such seminal television comedies as “Veep” and “Seinfeld.” She most recently joined the MCU, appearing as Valentina Allegra de Fontaine in both “The Falcon and the Winter Soldier” and “Black Widow.” She has also wrapped production on A24’s upcoming film, “Tuesday,” which is described as a “mother-daughter fairytale.” She will join Jonah Hill and Eddie Murphy in an untitled comedy feature directed by Kenya Barris for Netflix.

Holofcener has written and directed six films including “Friends With Money,” “Lovely and Amazing,” and “Walking and Talking.” She co-wrote the Oscar-nominated screenplay for “Can You Ever Forgive Me?” and has directed numerous television shows including “Mrs. Fletcher,” “Enlightened,” and “Parks and Recreation.” She recently co-wrote the screenplay for “The Last Duel,” a historical epic directed by Ridley Scott, and is in pre-production for a new film that she’s written and will direct.

Filming on “Beth and Don” will begin in early spring 2022 in New York City.

‘Odd Woman Out’: review of the memoir by Melanie Chartoff