The Men Who Sabotaged Sean Young

Her Career Was Derailed by Ridley Scott, Oliver Stone, Warren Beatty, and Others 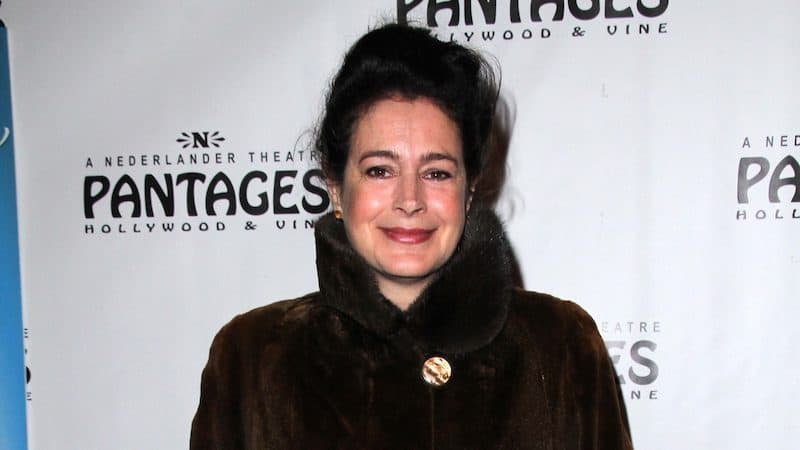 Sean Young, best known for her roles in “Blade Runner” and “Ace Ventura: Pet Detective,” has been acting in Hollywood for over 40 years – and has seen a lot. Once branded as difficult to work with and blacklisted in Hollywood, Young revealed how her career was sabotaged by a handful of “powerful, terribly vindictive men.”

In an interview with the Daily Beast’s Marlow Stern, the actor said she doesn’t think of herself as strong-willed, but she “did make men nervous – and for no particular reason” back in the ’80s. During the interview, Stern mentioned the David Letterman interview where Young flaunted her armpit hair, to which she said Letterman was “intimidated” in the moment.

“David’s much more insecure than he lets on,” Young said. “He’s a great guy, though. In my opinion, it’s much more common for show business to attract very insecure people. People who need approval. It’s not really known for attracting honest, down-to-earth, salt-of-the-earth folks, unless they’re on the crew.”

Young said she always felt that she was down-to-earth and straightforward with other people, but later realized that she may have been perceived as “offensive.”

“That was not my intention,” Young said. “I only got offensive later because I started getting pissed off, like, ‘This is serious. This is my career. You don’t just blacklist me.’ It’s terrible.”

After co-starring with Young in “The Boost” in 1988, James Woods filed a harassment lawsuit against her, which she eventually ended up winning. When asked why Woods was so vindictive, she said she learned that a rational person will never be able to understand an irrational person.

“I couldn’t wrap my head around it,” Young said. “It was so nutty and stupid, and a waste not only of my time but not good for himself. Why take all the attention off this movie and put it on this?”

The Daily Beast brought up a 2009 interview between Young and Carl Reiner, where Reiner said Young’s reputation had been unfairly smeared by a famous director. Asked if that director was Warren Beatty, Young said, “Warren was definitely one of them. Steven Spielberg was another.”

A cast of characters: These men sabotaged Sean Young’s career

When asked if Beatty was “the worst of the bunch,” Young replied, “No … I think the sleazy or difficult part is that he probably thought he was treating me really well. You know what I’m saying? It’s not just Warren – it’s across the board. Ever since the movie business began, women have been treated as a commodity. There was always someone grabbing you, and I just ignored it. I mean, have you taken a look at Harvey Weinstein? How the f* is he gonna get laid unless he has power? Never.”

Back in 2017, Young revealed that Weinstein exposed himself to her while working on the 1992 film “Love Crimes,” which was produced by Weinstein’s former company, Miramax. She told him, “I really wouldn’t be pulling that thing out because it’s really not pretty. Put that little thing away.” This is when she said she got a bad reputation for saying no.

“And you have to remember, someone that gross, think of who they really are inside,” Young said. “I think his game plan was: ‘Be as powerful as possible so I can get laid.’ That’s as simple as most of these plans are for people. It doesn’t get a lot deeper than that.”

A conversation with Jacqueline Bisset, and memories of Steve McQueen

When asked about the “incredibly aggressive and uncomfortable” love scene in “Blade Runner” that Young filmed with Harrison Ford, she said director Ridley Scott really wanted to date her, but she never reciprocated.

“He started dating the actress who played Zhora, Joanna Cassidy, and I felt relieved,” Young said. “And then we do this scene, and I think it was Ridley. I think Ridley was like, ‘f* you.’ I was thinking, ‘Why did this have to be like that? What was the point of that?’ and I think it was Ridley’s none-too-subtle message that he was getting even with me.”

Young said Scott never hired her again, and when it came to “Blade Runner 2049,” the actress was handed a 30-second hologram cameo.

“Wasn’t that so full of shit?” Young said. “And there was nothing I could do about it. It was very clear that they knew that the audience would be upset that I wasn’t in it, but they didn’t want me to bitch about that publicly. So, they paid me some money, made me sign a non-disclosure agreement and gave me 30 seconds. And I was like, fine. They did give my son Quinn a job on ‘[Blade Runner] 2049’ in visual arts, and I said all was forgiven. He’s got great skills.”

Young discussed the time Charlie Sheen wrote [the c word] on a piece of tape and stuck it on her back while filming “Wall Street” in 1987. She said Sheen did a lot of cocaine on set and was “awful.” Additionally, she called Oliver Stone “a bastard” for reducing her role after she stuck up for Daryl Hannah, who was forced to wear a dress she didn’t feel comfortable in.

“I look at Oliver and say, ‘Oliver, why would you want her to wear a dress she doesn’t feel comfortable in?’” Young said. “He says, ‘Could you excuse us for a minute?’ and I get up and leave the trailer. So, we’re doing the rehearsal and he takes my only line in the scene – Bud’s talking about racehorses and I turn to him and say, ‘These are jumping horses, dear, these aren’t racehorses,’ like a big snob –and he gives my line to Daryl.”

After nearly landing the role of Marion Ravenwood in “Raiders of the Lost Ark,” Young said she offended Steven Spielberg after asking him at a New Year’s Eve party why she didn’t get the part.

“He was all, ‘I did not mislead you! I did not!’” Young said. “I was like, ‘Whoa, calm down. I didn’t mean it like you were a bad guy or anything, I just really thought I was going to get the part. You flew me back to California twice.’ Very sensitive.”

Out of all the men mentioned, Young praised her “Ace Ventura: Pet Detective” co-star Jim Carrey. She said he fought for her to get the part, even though Morgan Creek Productions wanted someone else.

“He’s the only leading man who ever did that for me,” Young said. “Jim came in and said, “No, no, no. Whatever you’re hearing is bullshit. She’s great.’”