Is it worth watching? 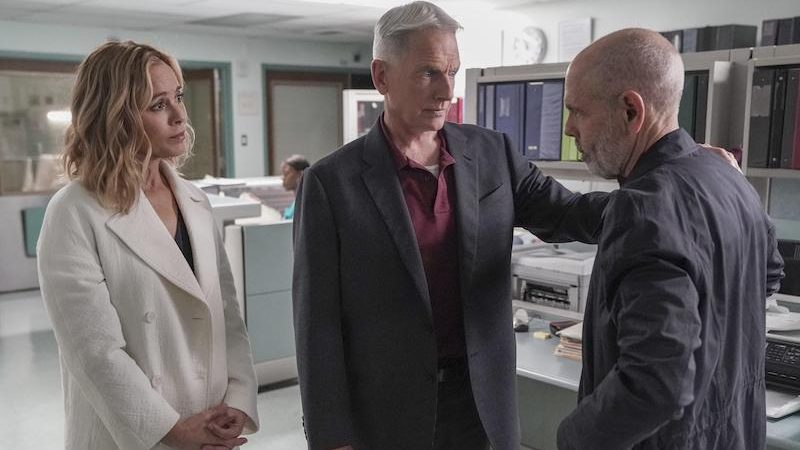 This ‘NCIS Hawai’i’ TV review provides an overview of the new series that debuted on CBS on Sept. 20, 2021. Is it worth your time?

The first episode of “NCIS” premiered in 2004 with news footage of George W. Bush boarding Air Force One transforming into a scripted scene of a fictional George W. Bush joshing about barbecue before one of his new bodyguards mysteriously drops dead. Forty-some odd minutes of Mark Harmon being right, Sasha Alexander frowning, and countless 9/11 references later, the bad guy is caught and the gang is free to solve another 18 seasons (and counting) of weekly mysteries.

The show was an extreme product of its time, but in the grand tradition of procedurals about cops and military personnel, it has proved extremely malleable in fitting whatever era it finds itself reflecting. In a television world increasingly marked by change and plummeting broadcast ratings, “NCIS” is still one of CBS’ most reliable series. It’s no wonder the network saw fit to produce yet another spinoff of it – though at the very least, “NCIS: Hawai’i” makes a show of looking different, even if the content remains about the same.

While the original “NCIS” introduced Harmon’s character by showing him building a boat from scratch in his garage,* “NCIS: Hawai’i” opens on Vanessa Lachey’s Special Agent Jane Tennant coaching her daughter’s soccer match before a camo helicopter whisks her away to a crime scene. Jane isn’t quite a full-on maverick, no doubt because that would require her to stick her neck out in a way that women of color rarely can without reprisal, no matter how high up the food chain she might be. Instead, she’s a firm and sympathetic team leader who figuratively and literally throws herself into the fray when necessary. At least in the first episode, Lachey proves a perfectly solid center of gravity in her first leading series role; it will be interesting to see how much the show pushes her outside her comfort zone, if at all.

Surrounding Jane is the usual procedural team of people both determinedly professional and overly familiar. Her righthand man Jesse (Noah Mills) has seen it all before and doesn’t expect new guy Kai (Alex Tarrant) to last very long. Resourceful Lucy (Yasmine Al-Bustami) usually gets her way, much to the chagrin of CIA rep Kate (Tori Anderson), though their bickering tends to turn into more enthusiastic making up. And of course there’s a jokey tech guy, this time played by a wide-eyed Jason Antoon with a determination to make his every generic line more memorable.

As a simultaneous offshoot of and counterpoint to the original “NCIS,” “NCIS: Hawai’i” does make an effort to bring something else to the franchise. Lachey is the first person to lead an “NCIS” property” who’s not a white man; Tarrant’s Kai is a Hawai’i native who uses his more intimate knowledge of their island to his advantage; Lucy and Kate’s prickly flirtation doesn’t exactly look like Harmon and Alexander’s by default. But the show still feels of a piece with “NCIS” proper, military jargon, efficient dialogue, flashy mysteries, and all. If you’re already a fan, it’s worth giving a shot. If not, there are plenty of other shows in the sea.

(Caption of image above the ‘NCIS Hawai’i’ TV review): ‘NCIS Hawai’i’ was the most popular scripted series during the traditional television season that just ended. [CBS]

* Note from Boomer reader Bill Lee: “Agent Leroy Jethro Gibbs builds boats in his basement, not his garage. An important distinction for fans of the show as it is the centerpiece running gag as people ask “How does he get them out of the there?” I only bothered out of respect and affection for the show. My family has enjoyed many a Tuesday (now Monday’s) evening with this ensemble.

“One other observation. In a world hell-bent on focusing on our differences, the writers reference to the new spin-off NCIS: Hawaii being only slightly different, should be a learning moment. First off, the differences in the new show are appropriate. Secondly, we will never know peace and harmony until it is our similarities that are celebrated more so than our differences.”