Nosh in this Neck o' the Woods: Old Towne Petersburg

The historic district has made a comeback – you'll come back too! 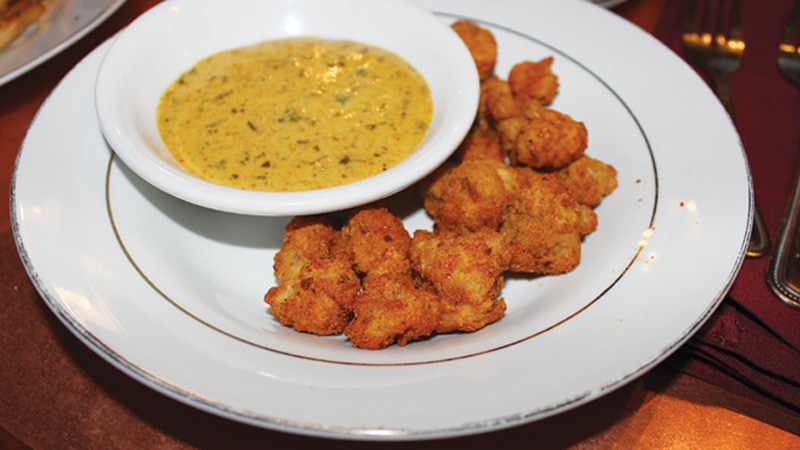 A pleasing diversity of restaurants and breweries are scattered within a comfortable walking radius in Old Towne Petersburg, alongside antique and art galleries, boutiques and gift shops. Dine, browse, drink and shop among the historic buildings and tales.

Like a down-home diner, Dixie serves up traditional hearty Southern breakfast and lunch. Hot and cold sandwiches plus country sides, soups and hot plate specials – all are served with warm Southern friendliness (don’t be surprised to be called “sweetie” or “honey”). Try to save room for those final sweets, such as peanut butter pie with nutty tidbits or the rich rice pudding. You’ll want to sit a spell at Dixie, ’cause Mama didn’t raise no fool!

Breweries and Beer Joints with Food

Artsy tasting room with creativity seeping into the beers and the menu. Opening initially as a brewery only, AMMO has added a pub menu with California-style cuisine (for example, Tapworms, made with spicy chow mein noodles, Usinger’s bratwurst, chickpea curry and garden-fresh salad). The beers feature similar creativity and diversity, such as the recent Waltman’s Wit, Rosemary’s Baby herbed saison, Crater Hop Bomb triple IPA and Genny’s Cream Stout. Flavor-forward beers paired with a variety of Neapolitan pizzas, flash baked at 800 degrees for only 70 seconds, with flavors that linger lustfully on your palate. The easy-drinking Lemon Honey Ginger, American Brown or White Ale work great for a summer afternoon in the Trapezium courtyard (order from the houseboat tap station!). Or get an extra punch of flavor with a well-executed IPA, from session to New England-style or double.

Want to control your own pours? The Bucket Trade has you covered with 24 self-serve beer, wine and cider taps and a well-curated selection. Purchase a card and sip or chug away. To help wash it all down, Bucket Trade has introduced an ever-changing menu of foods prepared by Chef Xavier Meers, recently of Brux’l in Richmond, plus locally made Nightingale ice cream sandwiches.

Editor’s Note: the previously featured restaurant, Farmer’s Market Restaurant and Bar, has been removed due to the business closure. 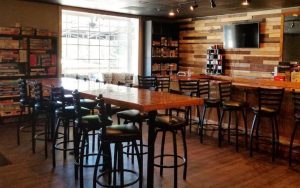 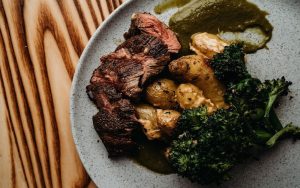 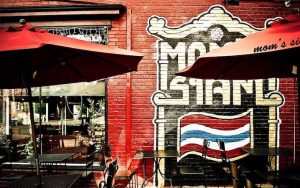