The former editor at Boomer on bringing Lisa aboard 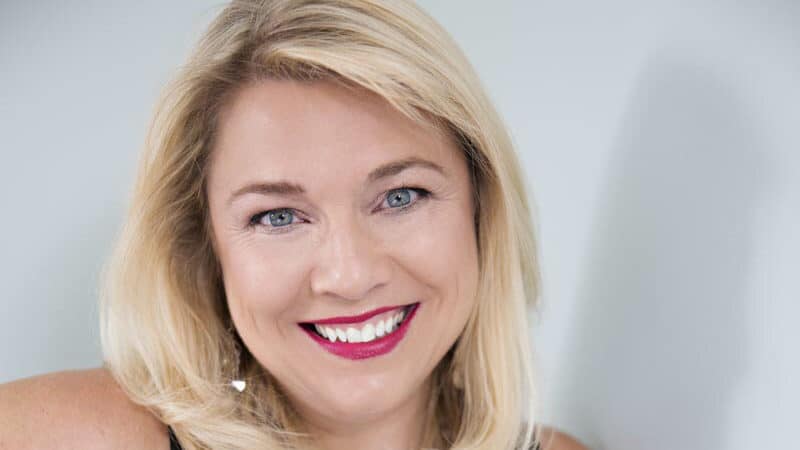 “Lisa was an obvious ‘get’ – or at least an ‘attempted get’ – when I took over at Boomer,” Ray McAllister says. McAllister, a former Richmond Times-Dispatch columnist, became this magazine’s editor in 2008, a year after it started.

“I wanted to give it some pizzazz – is ‘pizzazz’ still a word? – and so I went for well-known writers.” He lined up fellow newspaper columnists Steve Clark, Bill Millsaps, Betty Booker and Randy Fitzgerald, along with on-air celebrities like radio man Bill Bevins and TV anchor Gene Cox.

“No one had more pizzazz than Lisa,” Ray laughs. “A personality that filled the room and spilled out into the hallways.”

Lisa quickly agreed to the gig – one column on any topic each of six issues a year. It wouldn’t exactly hurt Boomer that one of their columnists was on local TV every evening. Pretty good publicity, that. 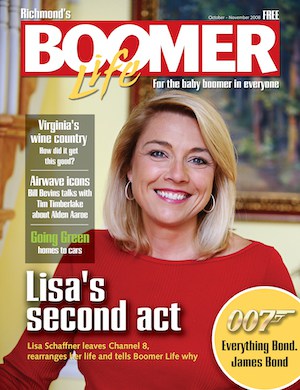 As Boomer had done in announcing the other group of columnists, Lisa became its cover subject – though she appeared solo on the October-November 2008 cover. “We had a lot of celebrity cover interviews over the years – people like John Grisham, Dr. Oz, Frank Beamer, Cal Ripken, and the list goes on,” Ray says. “But Lisa’s cover was one of our fastest moving issues ever. People knew her. They liked her. They gravitated to her. If they saw something with Lisa, they wanted to connect with her.”

Her first column was explaining her move away from TV. “This year I also rekindled my love for ‘Sex and the City,’ ‘ she said. “… One quote from Carrie Bradshaw caught my eye. … ‘Maybe you have to let go of who you were to become who you will be.’ That describes me to a T.”

Over the years, Lisa used her column, which she called Giving Back, to profile charities and others doing good works. It was a passion close to her heart. “I used to kid her because she was always the last writer to turn something in,” Ray says. She was always late. Always. But she said she knew she wasn’t really late until I emailed to complain. Then she would quickly write the missing column. She laughed as she said it, knowing everything was all right.

Ray McAllister, former Richmond Times-Dispatch columnist and former Boomer editor, is the writer of six books, including four award winners on the North Carolina coast, and the publisher of several others, including the new nonfiction mystery, The Senator’s Son by Charles Oldham. RayMcAllister.com and BeachGlassBooks.com