Home » From Our Readers » Requiem to Vinyl Disks

Hanging on to the old disks 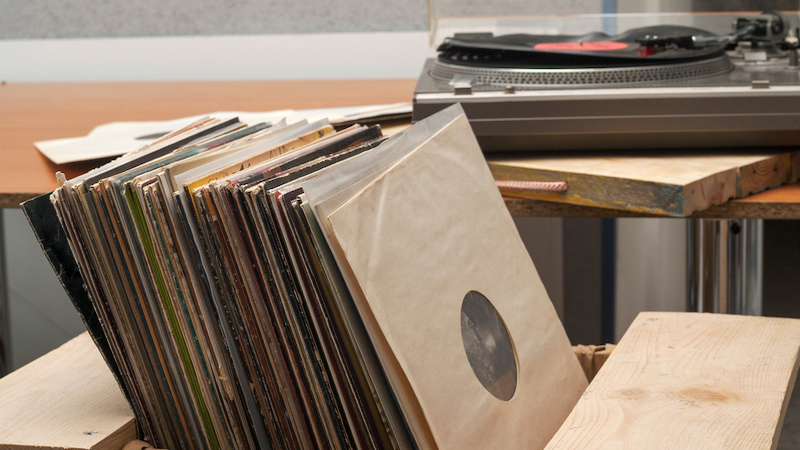 While Richard Abramson initially listened to bands like Donovan, CSNY and The Band, he moved on Counting Crows, U2 and the Talking Heads, from vinyl disks to digital music. Yet still he clung to the old albums. Why?

It wasn’t that I missed the digital revolution, or viewed it with resentment. Smart phones, streaming music and video, telemedicine and remote teaching, refrigerators and toasters that communicate with one another more frequently than do most families – I’m fine with all of it. To have the world at one’s fingertips is nothing short of miraculous. I most often read on my Kindle; I drive an electric car. As my mother’s grandmother used to mutter in Yiddish wonderment when informed of innovations like long-distance phone service and transatlantic flight – “Ach, America gonif!” Which, translated literally, means ‘America, thief,’ but by which she meant ‘America, this place of wonders!’

Still, no matter how deeply I wade into the swollen river of digitized books, music and photographs; websites, podcasts and blogs; block-chained tokens and AI-managed investments – don’t even get me started on the metaverse – I have always been unwilling to abandon the analog backwater of my record collection. Long after my old Dual 1229 turntable gave up the ghost and years after I began listening to music on compact discs and then through streaming services like Rhapsody and Spotify, I held on to the 300-plus vinyl disks that had been my companion – and on moving days, my burden – since college.

It made no sense, really. With a turntable now useful only as a Lazy Susan, I couldn’t play them even if I wanted to. Which, in fact, I rarely did. Over the years, Donovan, CSNY and the Band had yielded to the Counting Crows, U2 and the Talking Heads, which in turn gave way to The National, Dispatch and Frightened Rabbit. Yes, I might listen to Santana or Clapton or the Allman Brothers from time to time, but not all that often, and always on Spotify.

The thing is – and much like the musicians themselves – my records had lived a hard life. While many audiophiles insist that vinyl produces a richer and fuller sound, I could no more detect such subtle virtues than I could taste in a glass of Côtes du Rhône those herbal, grassy undertones The Wine Spectator is always carrying on about. When I put on an old album, its uneven rise and fall a “warp-speed” mockery, the only differences I could hear from the digitized version were scratches and the occasional skip.

But practical or not, acoustically competitive or not, I hung on to my records, devoting two full shelves of badly needed living room storage space to a few hundred outdated, outmoded vinyl disks. “Why are you keeping these?” my wife would ask me every few years. “You never listen to them.”

Why indeed? As I have always been practically minded, it was a fair question.

Are there reasons to maintain a collection of vinyl disks?

Maybe it had to do with how my collection was assembled. While a few dozen favorites stowed away in the trunk when I drove out to college in 1974, most of my albums were culled from the remainder bins at the original Rhino Records in Claremont, a cramped storefront that occupied part of the ground floor in a dilapidated old house on 2nd Street, less than a mile from campus.

Flipping through Rhino’s extensively random remainder bins was an excursion into the unknown; you never knew what you’d find. Buried among scores of forgettable albums by ABBA, Queen, Neil Diamond, Bachman Turner Overdrive, Deep Purple, Seals and Crofts and the like, you might unexpectedly stumble upon a gem. It’s a Beautiful Day, recorded live at Radio City Music Hall; a collection of acoustic guitar instrumentals by Toulouse Engelhardt or Leo Kottke; a copy of the original Blind Faith release, the one with the topless girl on the cover. Springsteen’s Born to Run. The Band, recorded live on New Year’s Eve at the Academy of Music in New York. Emerson, Lake and Palmer’s Brain Salad Surgery. Bonnie Raitt. David Bromberg. Leonard Cohen. Jefferson Airplane’s whimsically-titled Baron von Tollbooth and the Chrome Nun. The Beatles’ White Album, including the glossy photos. Treasures of incalculable value, all available at a dollar or two a pop. It was as if, hidden among the polyester leisure suits and pre-shrunk Wranglers in the department store bargain rack, you found a Brioni blazer or a hand-tailored Armani suit. When you brought an early James Gang or Little Feat album to the counter and one of the long-haired musicians that Rhino favored nodded approvingly – ‘Ah, monsieur, I can see that you have a rare musical discernment’ – it was a moment of triumph to be savored.

A fertile era: music of the 1970s, the concerts and vinyl disks

Or maybe it was the album covers, a medium of artistic expression which, like calligraphy, anamorphosis and the epistolary novel, has all but vanished. There were so many great ones! Spirit’s The Twelve Dreams of Dr. Sardonicus, featuring a surrealist photo of the band in costumes and face paint, distorted as if in a funhouse mirror. Neon Park’s Roy Lichtenstein-inspired artwork on Frank Zappa’s Weasels Ripped My Flesh. The softly pointillist provocation of David Bowie in a dress on Hunky Dory. Andy Warhol’s Sticky Fingers cover for the Rolling Stones, featuring a real zipper that invited the obvious question. Led Zeppelin’s Houses of the Holy, whose disturbing cover illustration of pale, sexless children crawling over ancient stones was inspired by the classic science-fiction novel Childhood’s End. Dark Side of the Moon. Sgt. Pepper. Who’s Next. My Aim is True. Before CDs shrank the available space to almost nothing and streaming music then did away with it entirely, recording artists made statements both with their album covers and their music. I studied those covers through many hours of joyful procrastination, and I could no more give them up than David Crosby could bring himself to cut his hair.

But the more I think about it, the more I have come to believe that parting with my record collection was hard because that music – those bands and albums – those songs – were the soundtrack to a time when we actually believed that things could change, and that we could change them. That the short-sighted, bigoted, calcified ways of thinking that we blamed for Nixon and Vietnam and the ongoing rape of the planet might be swept away in a revolutionary tsunami, a politico-musical “Wall of Sound” conducted by Bob Dylan and orchestrated by the Stones, the Dead, Jimi Hendrix, the Who, CSNY, Led Zeppelin, Elvis Costello and countless others. When we sat in our dorm rooms, lit up a joint and spoke breathlessly of the changes to come, there was always an album on the turntable. The record might have been scratched, it may have skipped, but the music energized and inspired and gave us hope. That those hopes were dashed – that they turned out to be as fragile and short-lived as the doomed medium on which the anthems of our youth were recorded – only makes my memories of those times more poignant. Especially when I recognize that, by our selfishness and through our failures, we have not been blameless.

Not too long after Donald Trump was elected president, I sold my record collection. Holding on to it any longer just seemed sad.

Richard Abramson was born in New York but has lived most of his adult life in Northern California. Squandering his undergraduate degree in English Literature, he spent 35 years practicing law, first as an intellectual property litigator and then as general counsel of a major scientific research institute. Since retiring in 2015 he has been teaching at the Stanford University Graduate School of Business and spending time with his wife, Lisa, his sons. Jonathan and Michael, and his golden retriever, Bear. His first novel, The Virtues of Scandal, was published in 2020.