Not a boxer or a succotash ingredient, just a friendly local business

This adorable Manchester spot is as inviting as it is delicious. On one side resides a sit-down café, with the Butterbean’s own salads, soups and snacks, along with made-to-order sandwiches, piadinas (like a panini quesadilla from Italy) and desserts (do me a favor and try the “stroopwafel s’more”). They also serve coffee, kombucha, wine and craft beer, plus breakfast until 11:30 a.m. every day. On the other side of the venue, pick up your snacks, groceries, provisions, coffee and ice cream, plus beer and wine, from the market to go. – Rachel Marsh

Subtle vegan-ness at its finest

Freshness on the half shell

Savor more than a half-dozen varieties of fresh, raw oysters at Saltbox, including ones from Virginia waters like Tangier Island and the York River, north to Maine or west to California. To add a little variety, slug down one of their hot or fried oyster options or the oyster shooters. For heartier fare, choose among the ample entrée selections of dishes such as barramundi, pork osso buco or rock shrimp pimiento mac and cheese. The only thing missing at Saltbox? A freezer. The seafood is shipped in daily, and its fresh-never-frozen taste is apparent in every bite – or should we say, every slurp. – Rachel Marsh

The name says it all, and then some

Having proven themselves with two local El Cerro Azul restaurants, Karina Benavides and Everardo Fonseca, owners of this new Southside restaurant, have introduced a new concept to Richmond: guiso, Spanish for stew. While including familiar tastes, the house-made goodness focuses on meat and vegetable stews, tortillas and sides, with a taco option. Order at the counter: scan the chalkboard Menú del Día for the current stews or look behind the glass at the piping hot potions. Add toppings of your preference at the salsa bar. And enjoy the flavors seated in the clean, newly decorated space or tote them home. – Annie Tobey

Sedona Taphouse, the local craft beer bar with a Western twist, began in Midlothian and has since opened locations in Glen Allen and nearly a dozen other spots from Connecticut to Tennessee. Now Colonial Heights can see what all the fuss is about in this seafood-steak-and-lots-of-great-beers restaurant. – Rachel Marsh

After the beloved Carytown taco bar Don’t Look Back caught fire in 2017, the restaurant grew new roots in Scott’s Addition less than a year later. Now they’re continuing their growth with a new location on Forest Hill Avenue, slinging the same Tex-Mex favorites that Richmond has grown to love. – Rachel Marsh

Longtime Richmond chef, Jannequin Bennett, has taken over ownership of Camden’s Dogtown Market in Manchester. Bennett plans to keep the market café the same, with some light tweaks to the menu – like adding more vegetarian, gluten-free and grab-and-go options. – Rachel Marsh

KUDOS TO MORE THAN GREEK

More Than Greek, a Mediterranean-style restaurant in Mechanicsville, made it to the top 100 best places to eat in 2019, based on Yelp. It landed on number 55, and is the only Virginia restaurant represented! – Rachel Marsh 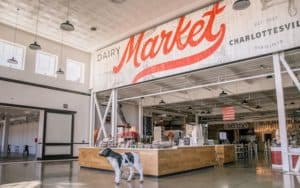 Welcome to the Dairy Market Food Hall in Charlottesville 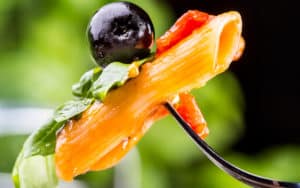